It’s widely known that Ayrton Senna has been Lewis Hamilton’s Formula 1 hero since he was a little kid, and he always wanted to emulate the Brazilian legend’s success.

Well, on Saturday at the Circuit Gilles Villeneuve, Hamilton matched Senna’s tally of 65 pole positions to equal his idol and draw level in second place on the all-time list.

A hugely special moment for Hamilton (after a record-breaking lap of the Montreal track), which was then made even more incredible when he was awarded one of his hero’s helmets by the Senna family for the achievement.

In an incredibly open video – rare to see in F1 – filmed after qualifying, Hamilton reflected on his achievement and what the moment means to him.

He seemed a bit emotional and overwhelmed in the clip, although he did reveal the helmet received after qualifying is a replica from Senna’s 1987 helmet – he’ll be given the real thing when he returns to Europe.

That’s kind of understandable though, considering the incredible value of a real Senna helmet. 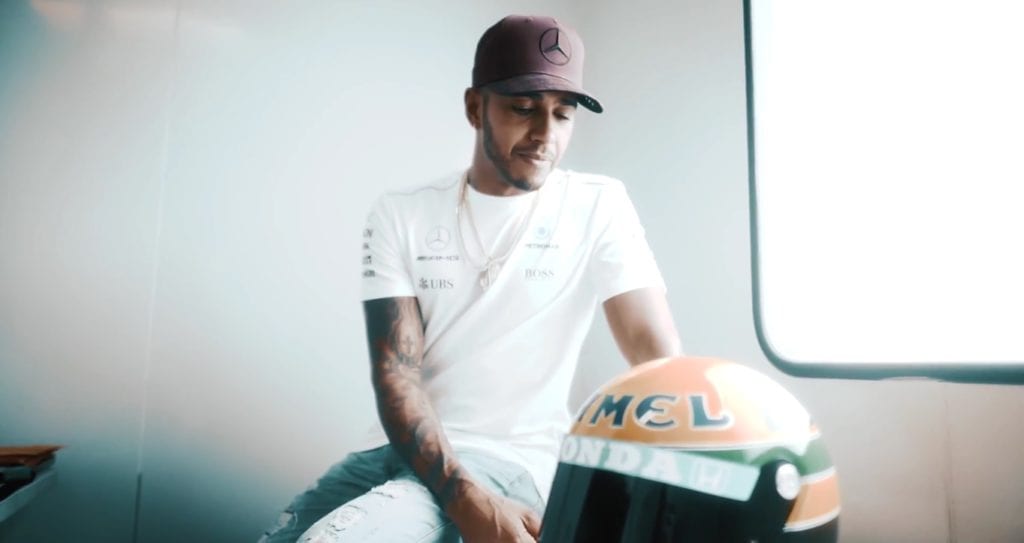