Verstappen held onto his lead at the start as the Mercedes drivers fought each other, with Hamilton finding his way ahead of Valtteri Bottas to run second. The two quickly pulled away from the chasing pack with Verstappen appearing to have the slight edge.

Hamilton closed in as the Red Bull’s tyres went off, but running in the dirty air was causing the Mercedes’ brakes to overheat. Verstappen pitted first as Hamilton extended his first stint, allowing him to retain the lead. After his stop, Hamilton rapidly closed up to the back of the Red Bull again and, after Verstappen hit traffic at some bad moments, was able to challenge for the lead into Turn 1, leading to a spicy battle which wasn’t resolved until Hamilton ran wide at Turn 4. He stayed behind for a few more laps but, with overtaking tough and following another car not great for temperatures, Mercedes took a bold option and decided to pit Hamilton for a second time.

His fresh mediums were instantly much quicker than the old hards on the Red Bull and by the time Verstappen got back around to potentially pit, it was too late – Hamilton would have got the undercut. That left him with no option but to stay out and hope his tyres held on and, for a while, it looked like that might be the case. As Hamilton dealt with traffic, Verstappen was able to stabilise the gap for a few laps. But, as the laps ticked away, his tyres started to plummet off the cliff. Hamilton reeled him in at a rapid rate of knots and, with a few laps to go, easily DRS’d his way past to take the lead and the win.

Verstappen had enough in hand to pit and take the extra point for fastest lap along with second place as the Ferraris found themselves a whole minute behind the leaders. Sebastian Vettel ran long on his first stint and was able to pass Charles Leclerc with a nice move into Turn 1 with a couple of laps remaining to pinch the final podium spot.

Carlos Sainz finished a fine fifth ahead of Pierre Gasly with Kimi Raikkonen putting in yet another understated yet superb drive to finish seventh. Bottas was a very disappointing eighth – he lost out to Hamilton at the start and then damaged his front wing in contact with Leclerc. That meant an early pit stop and, unable to make much progress through the midfield, he was relegated to only minor points.

Lando Norris finished ninth ahead of Alex Albon, who pinched the final point from Sergio Perez in the closing stages. The Renaults had a disappointing race as Nico Hulkenberg was unable to make any progress and Daniel Ricciardo couldn’t find a way past the typically robust defence of Kevin Magnussen. After starring in qualifying, George Russell performed again in the race, beating Lance Stroll and Antonio Giovinazzi as Robert Kubica brought up the rear.

The Verstappen/Hamilton battle is something we’ve wanted to see for a while and it absolutely delivered. Verstappen did a fine job to take the race as deep as he did and at the end of the day, the main reason they lost it was simply because Mercedes had more strategy options available and a faster car. Not to take anything away from Hamilton, though – he gave it everything on the first plan and when that didn’t work, was able to deliver when his team rolled the dice.

Heading into the summer break Hamilton now has a very commanding 62-point lead over Bottas in the championship as he marches towards his sixth championship. The question now becomes whether Verstappen can beat Bottas to the runner-up spot and – more intriguingly – what sort of driver moves are going to transpire during the summer break. 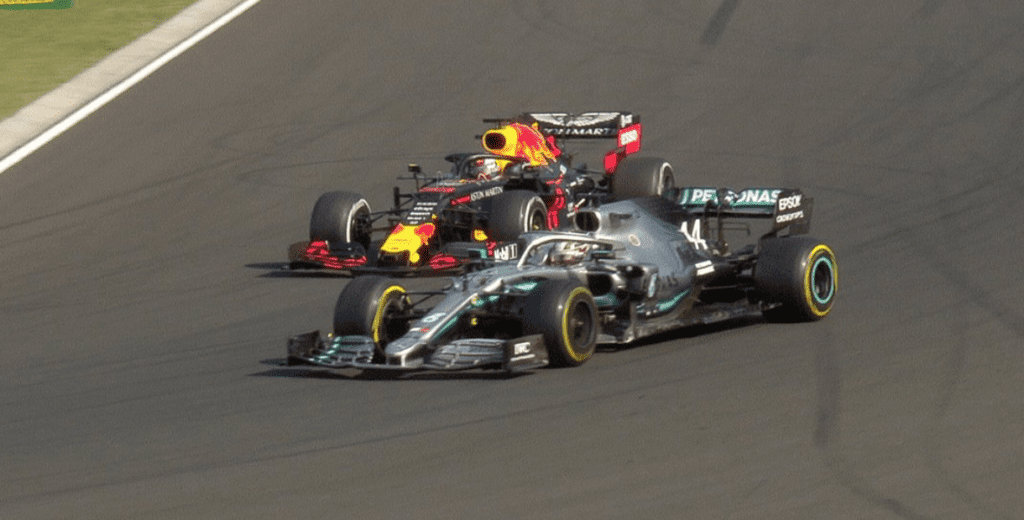