A combination of bad luck and having to back up Lewis Hamilton has meant that Bottas’ second season with Mercedes hasn’t been quite as successful as his first one was. However, Hamilton has praised the Finn’s role in his own successes and made a rather surprising claim, telling Autosport:

“We have such a huge respect for each other. I see how hard he works, he sees how hard I work, we don’t play games in between to try to throw off the other guy. In actual fact, we work together. There are times where I’ve figured something out in my set-up and I’ll tell him, and there are times that I can talk to him.

“It’s the greatest partnership in terms of respect and teamwork from drivers that I’m sure has ever existed in Formula 1 probably. This year definitely there have been times when he has been fundamental in us winning races.”

Although he’s not suggesting they’re the out-and-out best pairing, it’s a bold claim to make that they work together better than any other teammate pairing in history.

Bottas was given equal opportunities strategically in the first half of the year, until it emerged that Vettel and Ferrari posed the biggest title threat to the silver arrows in recent years. When Hamilton arrived in title-winning form for the second half, Bottas naturally fell into a supportive role, the stand-out example being the Russian Grand Prix, in which he relegated himself from victory under team orders to allow his teammate to clinch maximum points and take a step closer to the 2018 title.

Hamilton’s previous teammate, Nico Rosberg, was an entirely different entity in the Mercedes garage. His competitiveness and tenacity saw him beat Hamilton to the title in 2016, as did the shape of the competition. When it’s one driver and his teammate up front in a race of their own without any real, tangible threat from outside the team, tactics and contests become internal and introspective, hence the conditions in which a teammate rivalry such as Hamilton and Rosberg develops.

This year, Mercedes has more often than not relied on its drivers cooperating. There hasn’t been room for the luxury of an internal battle because Ferrari has kept it honest, as has Red Bull on occasion. A closer contest at the sharp end has without doubt helped to create the conditions in which Hamilton and Bottas must work together and Hamilton’s slight performance edge has meant that it’s been relatively smooth sailing. Mercedes’ policy indicates that the Finn will be given equal status again at the start of 2019, though is likely the change as the season progresses. Liberties will only be given if competition from outside the Mercedes garage is poor – which it hopefully won’t be! 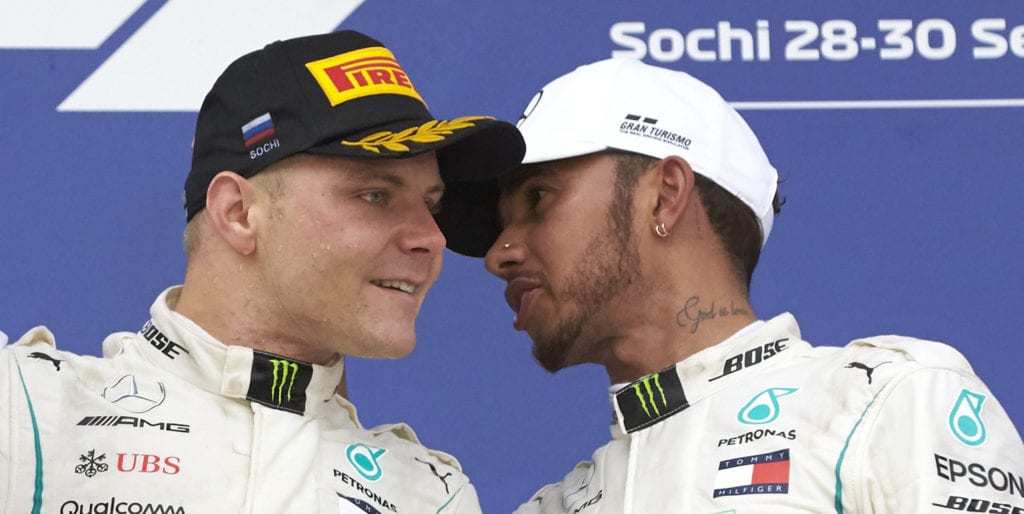