Hamilton Said He “Basically Gave” Bottas The Lead At The Start Of The Race – WTF1
Skip to content
×
Formula 1 , News

In what’s emerging as a bit of a pattern this year, once again the pole-sitter didn’t get the greatest of starts as Bottas got away from the line slower than those around him. However, with the run down to the first corner in Baku being relatively short, Bottas was able to stick around the outside of his teammate and continue the battle into Turn 2. After making the most of the racing line to edge ahead, Bottas then had to defend from Hamilton again into Turn 3 before romping off into a lead and eventually the win.

To their credit it was a good dollop of clean driving from both of them, but speaking after the race Hamilton seemed to rue the fact that he wasn’t more aggressive. He told Sky F1:

“I didn’t get the job done in qualifying, he did. And then in the race I was too friendly at Turn 1 and basically gave it to him. He drove a fantastic race and made no mistakes so he deserved the win this weekend.”

“This is not our strongest race of the season. This has always been a difficult race for me so this is a really good result considering. It was a fantastic result for the team. Valtteri did an exceptional job this weekend and truly deserves the win. It was a bit of an under-par performance from myself so I just need to work hard.”

That opening lap was the sort of bum-clenching moment that was all to familiar to Mercedes when it was Hamilton versus Nico Rosberg for wins and championships. One of the reasons those battles were so spicy, however, was because the title battle was only ever between those two and up to this point, Hamilton and Bottas have always had to have an eye on Ferrari.

But the way this season has gone so far, it might not be too much longer before Ferrari drops out of realistic contention – if that hasn’t happened already. At that point, the title fight will just be between the two Mercedes drivers. Maybe then we’ll see Hamilton and Bottas being a little less friendly with each other… 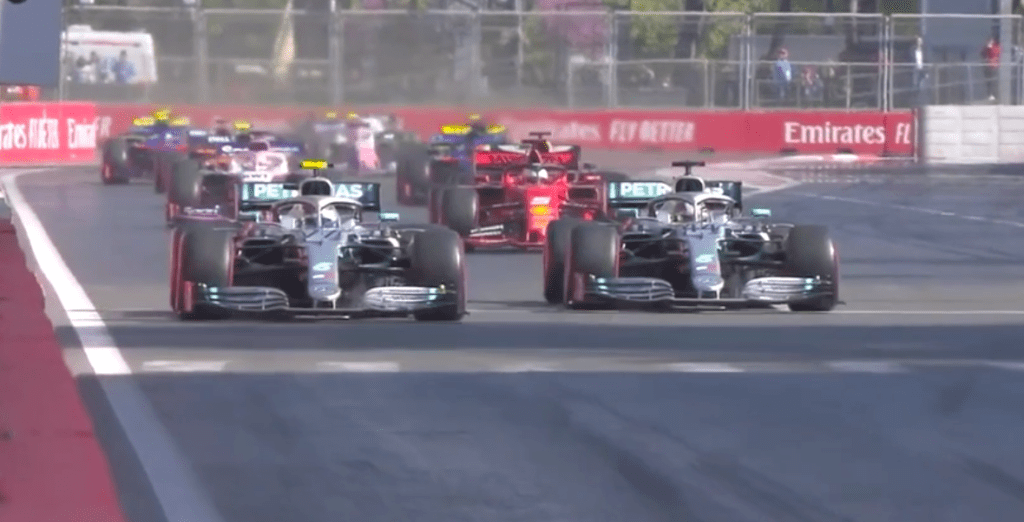