Lewis Hamilton has driven some of the most prestigious circuits in the world and has more than enough racing experience to spot a great circuit from a dud. It’s been a while since he raced on some of the old-school British track he remembers them fondly, singling out Donington Park in particular as the sort of challenge he misses in F1.

“I used to love Oulton Park and Donington. Donington, Old Hairpin was a nightmare – you have to come off the brakes and run the speed in, use the downforce. Then up the hill and the second right before the back straight – you can’t even see the white line. There is white line and then gravel and the gravel sucks you off.

“Oh man! Finding the limit there, that corner is way harder than all the corners in F1. Coppice. That’s the sort of corner F1 is missing. If we had that back in F1, it would bring another level to the challenge.”

Whilst we’ve never witnessed the gravel at the top of the hill performing anything of that nature to a driver, Donington is an incredible track for the spectator. It doesn’t have a giant light-up whale hotel, or a rooftop pool in which to casually view a bit of racing in the Leicestershire sun, but it gets the basics more than right and if the nature of a circuit can truly challenge drivers in an enjoyable sense, then the same experience will usually transfer to the spectator.

Hamilton went further to suggest that the punishing nature of tracks like Donington provide the real challenge for drivers, and that modern F1 tracks don’t generally consider this important element of motorsport.

“The FIA have done an amazing job, but they’ve really got to stop with these run-off areas – you shouldn’t be able to cut a corner like you see some drivers doing.

“What I love about the olden days – of course you don’t want to crash, but if you go wide you’ve got to lose time. Now you can approach a corner knowing that if you go in five percent too much you can go wide and come back on. I don’t love that.”

With F1 drivers starting to venture out into the world of motorsport and become race drivers in the post-Ecclestone era that allows it, we had Fernando Alonso at Indy last year, and Daytona this year. Maybe Lewis Hamilton should make a guest appearance at Donington Park for the British Touring Car Championship, much like Nigel Mansell did in 1993, at the peak of his game, for the TOCA shootout race. He drove a Ford Mondeo and was running well until a really bad accident at the Old Hairpin left him unconscious.

He would come back to the BTCC to contest three rounds in 1998 and it was again at Donington in which he was a key protagonist in a chaotic race in which, after coming through the pack, he led until the final corner, out-braked himself and handed victory to the pursuing Vauxhall of John Cleland.

This year’s BTCC Donington Park rounds clash with the Azerbaijan Grand Prix, but who knows what the future holds, maybe Hamilton will one day follow Mansell into some Donington touring car cameos? 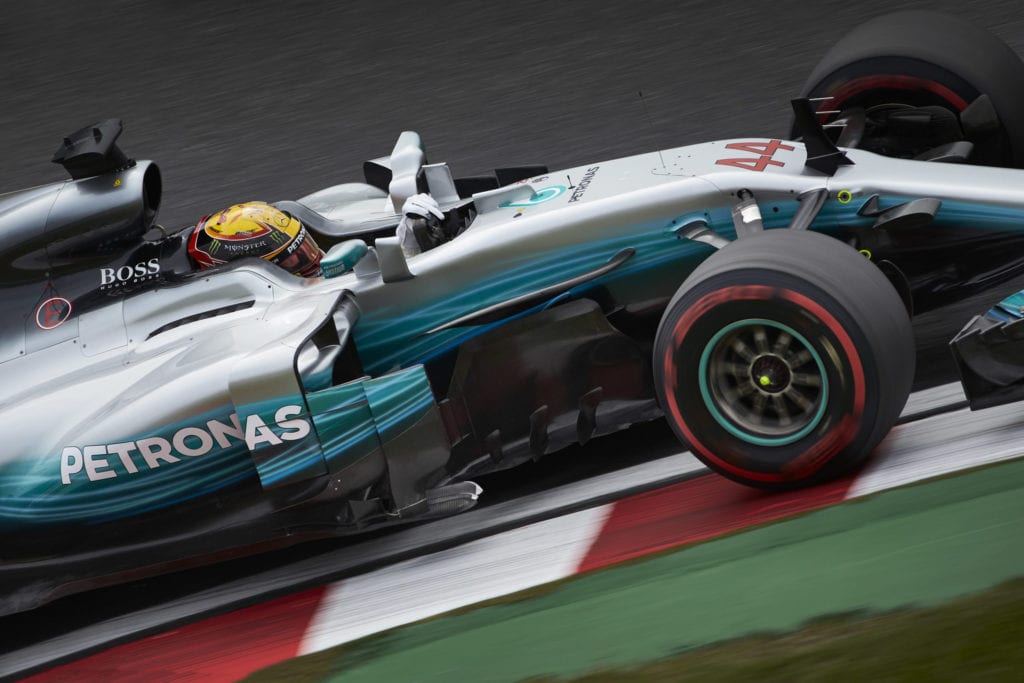