Lewis Hamilton had some advice for Daniel Ricciardo in Thursday’s press conference regarding his future. He seemed to make a thorough point of chipping in on the Aussie’s contract talks with Red Bull and also the possibility of him moving to another team. Hamilton said:

“An important thing really is to look at the history of drivers and things that drivers have said in the past, and try not to alienate the team that you are in. It’s all good and well hoping at some stage to experience something new at another team, but there’s a lot of people in our teams and it’s really important to keep them encouraged and focused on you as a driver to help you achieve your goal.

“There are some drivers of recent years who have made bad decisions in upsetting and rocking the boat. He’s in a great place this year and I think Red Bull can have a fighting chance of winning the championship and opinion of where you want to go, if it’s not currently where he is, may shift.”

Hamilton’s interest in Ricciardo’s future whereabouts seems to be vested. Is this just sound, friendly advice, or have the mind games started early this season? After all, Ricciardo has said on a few occasions that he’d like to go up against Hamilton in the same team, suggesting that he’s got an eye on Valtteri Bottas’ Mercedes seat.

Hamilton’s warning is also relevant in that Helmut Marko isn’t one to hide what he thinks. Last season’s Carlos Sainz fiasco is fresh in the memory and wasn’t executed cleanly by the driver or the team. Ricciardo doesn’t strike us as the sort of driver to be indecisive or leave his own team second-guessing, and he opted out of answering any questions about his future in the press conference.

Fuelling speculation would possibly cause a rift with his current team, and after refusing to be drawn into answering questions about contract talks, Ricciardo avoided this. But Hamilton’s fairly in-depth answer has filled this void and whilst it is sound advice, it publicises Ricciardo’s need to keep his current team happy in terms of application and approach regardless of his eventual decision.

Hamilton also touched on the competitiveness of Red Bull. The team’s progress this season could see any potential Ricciardo move to Ferrari or even Mercedes as a side-step, rather than a leap forward. There’s one thing on Ricciardo’s mind for the next few years, and that’s fighting for the championship. His decision will ultimately likely be one built on performance, and not sentiment. 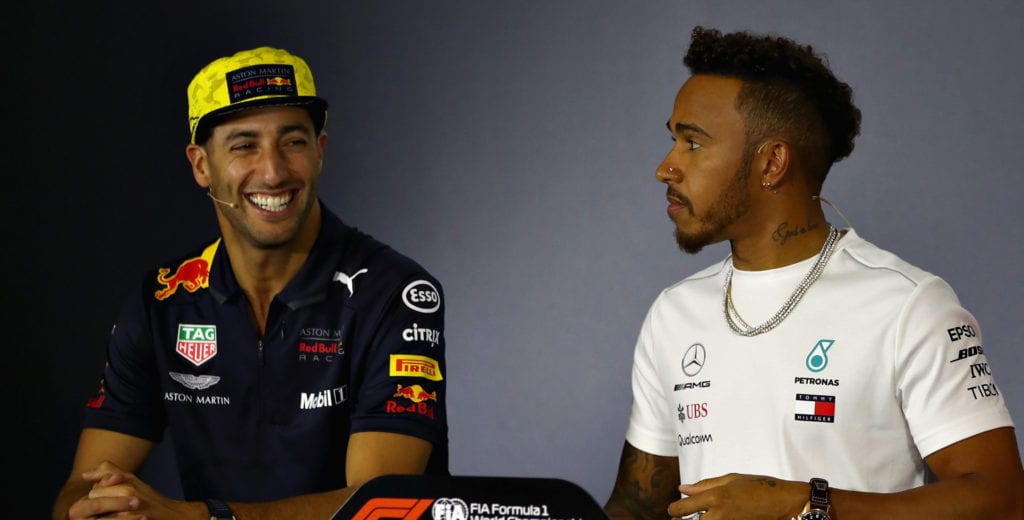