Hamilton Says Title Challenge From Vettel Is Bigger Than Rosberg

Hamilton says the potential F1 championship scrap in 2017 between himself and Ferrari racer Vettel is greater than the one he faced with his former Mercedes team-mate.

The three-time champion lined up on pole position for the season opener in Australia but an earlier pitstop, getting stuck behind Max Verstappen and Vettel’s pace allowed the Ferrari to snatch the lead.

From there, Vettel stormed to victory, with many predicting a potential title fight between Mercedes and Ferrari – a bit early to say that, surely, but it would definitely be exciting.

Championship scraps over the last three seasons were only between Hamilton (winner in 2014 and 2015) and Rosberg (who finally beat his team-mate in 2016).
When asked about whether the challenge from Vettel is greater than the one he had from Rosberg, he told media after the race in Melbourne:

“Definitely, definitely. I think this year we’re seeing the best drivers at the top. Obviously, it would be great to have Fernando [Alonso] up there, but it doesn’t look like that’s going to happen anytime soon.
“At least we have a great driver in Sebastian with his four titles, [who had] an incredible surge into Formula 1, continues to be a force and will continue to be for many years to come. I’m really grateful to have that fight with him, against Ferrari. It’s great.”

Hamilton suffered a tense relationship with Rosberg during their title bouts but added he hasn’t had many races up against Vettel, but has always had a “respectful relationship”.

Nevertheless, a fight between two top drivers and two top teams certainly sounds good to us. 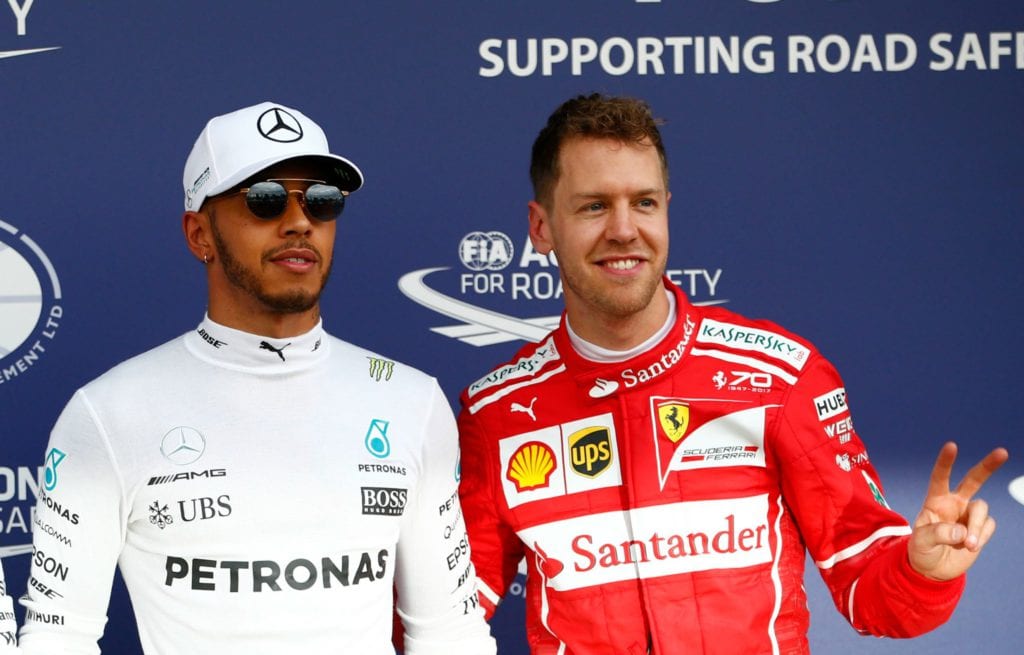