This isn’t, of course, referring to Vettel switching the placement boards around in parc ferme – but the move that started the whole, sorry controversy. The Ferrari driver received a five-second time penalty for rejoining the track in an unsafe fashion and impeding Hamilton while recovering after sliding off the track at turns three and four.

Hamilton was left to settle behind Vettel and take a record-equalling seventh Canadian GP win in 12 attempts despite finishing second on the track.

Speaking to Autosport after the race, the five-time world champion confirmed that he had to brake in order to avoid a colossal shunt. But, Hamilton then went on to say that no driver in the field would have let him go by without a fight simply because they made a mistake.

“Usually the first instinct is often the right one, I would say. When I watched the replay and had a look at my data I had to brake at the exit of Turn 4. There was a hazard there, and if I had not done that, we would have crashed. I don’t feel any different about that. The thing is from a driver’s point of view you know how it goes. It’s different when you’re watching as a viewer, but as a driver thing go wrong, and it’s ‘shoot,’ you try and squeeze so that they don’t lose position.

“It’s a natural instinct that we have. You’re not going to go, ‘Actually I’m going to pull to the left and let them bloody go by.’ He did block me, but unfortunately he went off track, and the way the rules are written, that’s how it’s prescribed.”

Hamilton freely admitted that he would have done the same thing had the roles been reversed. However, he added that whether the rule was there or not, the outcome was not going to be pretty.

“I watched the replays. It’s obviously very close. What I can say is if I was in the lead and I made a mistake and went wide, I probably would have done the same thing. It happens so quick, and you’re just trying to hold position. And when I say I’d do the same, I would have tried to squeeze him too.

“That’s ultimately what happened today. So my opinion on that has not shifted. Regarding the rules, say you didn’t have that rule, I would have kept it lit, and we would have crashed. One way or not it was going to go badly.”

If anything needs to be taken away from this weekend, it’s that the rulebook needs a little bit of a revision. 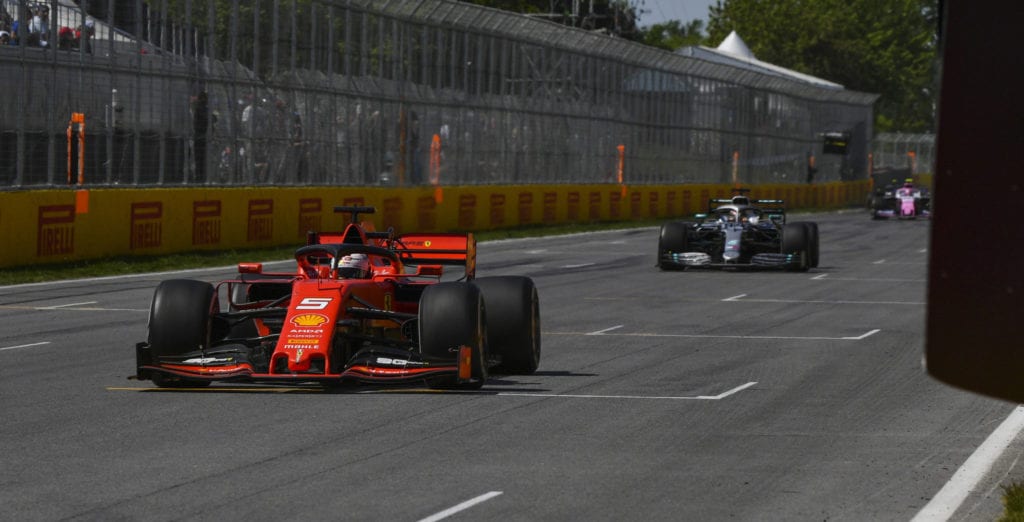