Picking which driver to use in an F1 game is always incredibly difficult, isn’t it? Do you go with your favourite driver? Your favourite team? Or do you try and take a backmarker to victory? After all, games are the only way you’d ever get to see a Minardi win a race, or Nico Hulkenberg finish on the podium.

After the French Grand Prix, Lewis Hamilton revealed that the driver he used to choose in games was actually sitting next to him in the press conference room. He seemed kind of emotional about it all as well, especially when he learned that he’d broken Michael Schumacher’s record for the most wins at different grands prix.

I love this too much. ❤️

Lewis: "I used to play F1 on the PlaySation all the time and I was always Kimi…" pic.twitter.com/4XgR0mKI1M

Kimi’s reaction is, well, about as much you can reasonably expect from Kimi. But how sweet is that?! 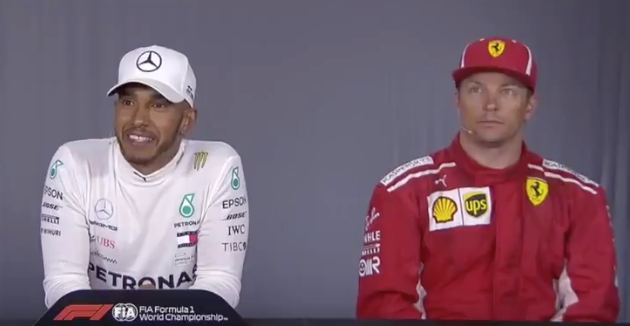