Lewis Hamilton stormed to a dominant and clear pole position for the British GP after a record-breaking lap of the Silverstone track.

It really was a stunning lap, and not in completely ideal, sunny and dry conditions – as it had rained earlier in qualifying. The margin to the next fastest driver? It was 0.547 seconds.

Quite a gap to Kimi Raikkonen, and there are more interesting stats from qualifying at Silverstone. Hamilton now has five British GP pole positions, matching the great Jim Clark.

He’s now on 67 career pole positions, just one shy of Michael Schumacher’s all-time record. His lap’s average speed of 152.168mph is also the quickest single lap of the 2017 season so far.

Not a bad place to score finish P1 in qualifying, set a new record lap and move closer to the all-time pole record….

There was a slight scare after he got in the way of Romain Grosjean in Q3 and was investigated, but was then cleared by the stewards not long after.

All these stats not only prove how quick these new F1 2017 cars are, but also just how amazingly fast the Silverstone circuit is too.

Behind Raikkonen, Sebastian Vettel could only manage third, with Valtteri Bottas fourth – although he has a five-place grid penalty for a gearbox change.

Max Verstappen was fifth quickest, but it seems he switched cars with Daniel Ricciardo, as the Aussie suffered a turbo failure in Q1 and finished the session last.

He has a grid drop too, but no one can match Fernando Alonso when it comes to penalties. Engine component changes mean he has a 30-place drop.

Incredibly, a huge gamble and narrowly making it across the line before the chequered flag saw Alonso top Q1 on super-soft tyres (while everyone else was on intermediates) and it broke the internet. 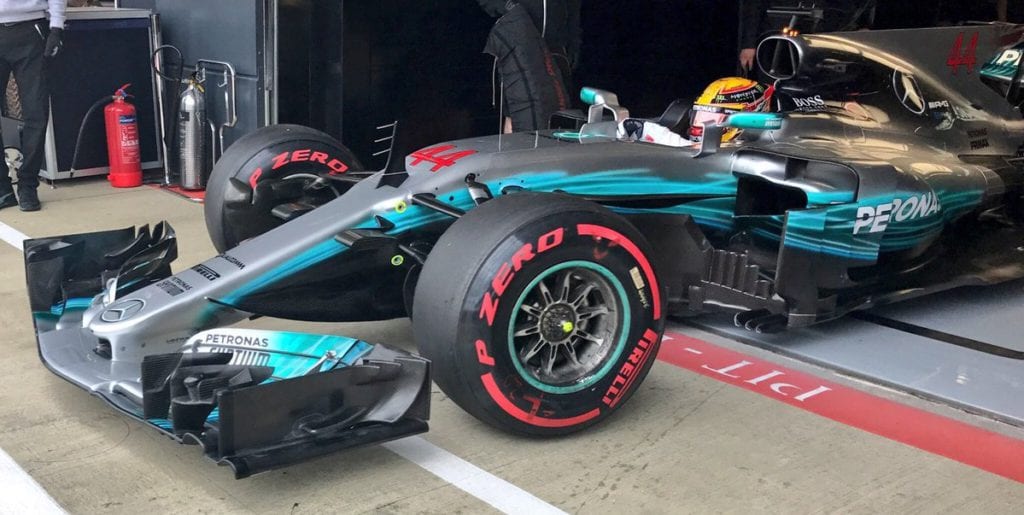