Hamilton Stretches His Tyres To Hold Off Verstappen In An Incredibly Tense Monaco GP – WTF1
Skip to content
×
Formula 1 , News

For the second year in a row, a car which was much slower than its immediate rivals was able to remain in the lead for a significant portion of the race as other drivers were unable to really mount a proper challenge.

That’s not to say that Hamilton’s win was easy – quite the opposite. Regardless of whether or not his tyre complaints were genuine (he’s surely too clever to have actually thought that giving up track position at Monaco would have been the right call), he had to withstand the pressure of another driver within a second of him for pretty much the entire race – and not just any driver, but Max Verstappen. And yet, despite Verstappen’s best efforts – he forced Hamilton to defend into the hairpin on one occasion, and got slightly alongside into the chicane in the closing laps, only for Hamilton to aggressively chop him off – the Mercedes driver was able to hang on to win his third Monaco Grand Prix.

But that wasn’t the whole story and we have one person to thank for the excitement – Charles Leclerc. He said he was going to go for overtakes after his qualifying disaster and he didn’t disappoint. He got past Lando Norris at the hairpin, then sliced past Romain Grosjean into Rascasse. A lap later, he tried to do the same to Nico Hulkenberg, only to clip the inside wall and give himself a puncture. After a lap of shredding his tyre and bits of his SF90 all over the track the safety car came out, giving the front-runners the opportunity to pit.

In a crowded pit lane, Verstappen was able to jump Valtteri Bottas with the help of an unsafe release. That left him with a five-second penalty which meant that even if he could get past Hamilton, he’d have to pull out a gap in order to win. Bottas had to make another stop after getting a puncture in the contact which dropped him behind Sebastian Vettel, effectively ending his chances of winning.

However, with Hamilton on the less durable medium, the three cars behind him on the hards and 76 laps left to run, the question would be whether or not Hamilton would have to pit again. But he managed his pace throughout the race beautifully, often lapping even slower than the midfielders (and even a Williams at one point!) to nurse his car home take an emotional win ahead of Vettel and Bottas – Verstappen’s penalty dropped him to fourth.

In the midfield, the drivers who chose to pit under the safety car – mainly Daniel Ricciardo and Kevin Magnussen – lost out heavily as they got stuck behind slower runners, allowing Carlos Sainz and the two Toro Rosso drivers to pull out a gap and fight among themselves for the best of the rest honours. While Ricciardo managed to recover to the points, Magnussen became mired in the pack and only ended up 12th.

As Monaco Grands Prix go, that’s likely one of the best you’ll see without rain intervention (which held off, despite a 90 per cent chance prior to the race). It was also filled with excellent drives – Hamilton (of course), and Vettel’s second place is also a bit of a result on what has been a horrible weekend for the team. Verstappen was also superb – yes, he had a penalty, but it was nothing that he or the team could realistically help happen and even when it was looking unlikely he would win the race, he still had a go.

Sixth for Sainz was also great, as was Daniil Kvyat and Alex Albon having an impressive run to sixth and seventh. And even though Ricciardo’s race was screwed by strategy, recovering to ninth (following a penalty for Romain Grosjean) was a great effort. And a shout-out for George Russell, who finished 15th, ahead of Lance Stroll, both Alfa Romeos and his teammate. 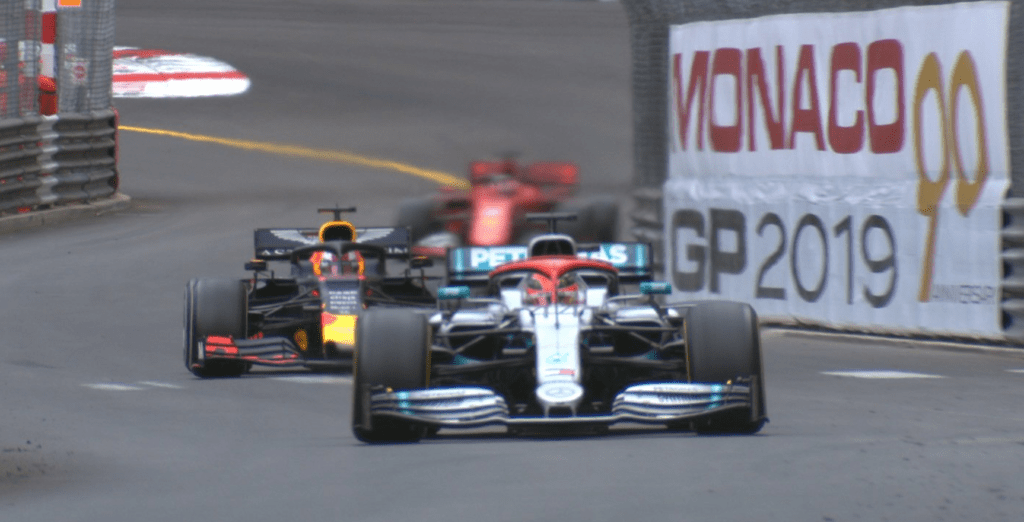