Hamilton Takes A Muted Victory As Bottas Is Relegated To The Wingman Role – WTF1
Skip to content
×
Formula 1 , News

As Russian Grands Prix go, that was a pretty exciting one – the top three ran closely for the whole race, strategy played its part, and there was even an on-track battle between the two championship contenders.

Bottas held the lead off the line as the two Mercedes drivers worked together to keep the fast-starting Vettel at bay. The Finn held the lead in the early stages and following the pit stops remained ahead of Hamilton and Vettel. In fact, Ferrari actually made a decent strategy call for once and was able to get Vettel up to second – but it didn’t last long. The Mercedes was much quicker and despite some aggressive defensive driving, Hamilton was able to quickly make it back ahead with a bold move in Turn 4.

In a race where tyre wear was a concern, a few laps later Mercedes opted to order its drivers to swap positions in order to protect Hamilton from Vettel. And that’s how it stayed – Hamilton winning from Bottas and Vettel in probably the most muted end to a race this year. An understanble decision? Absolutely, but no doubt a tough one for Bottas to take.

One guy who didn’t have to keep his emotions in check was birthday boy Max Verstappen. He drove a quite sensational race from 19th on the grid, slicing through the field at a ridiculous rate. In just eight laps he’d already made his way up to fifth and when the top four pitted, found himself in the lead.

In fact, Verstappen actually led most of the race, his soft tyres lasting so well that he was actually able to match the times of the Mercedes and the Ferraris. If only Red Bull hadn’t had all those grid penalties…

After his stop he finished fifth with Daniel Ricciardo in sixth, some way behind – partly down to picking up some minor front wing damage earlier in the race.

Charles Leclerc finished a brilliant seventh to be best of the rest ahead of Kevin Magnussen.

The Force Indias rounded out the points in a battle in which team orders also came into play as the drivers swapped positions to try and attack Magnussen, and then swapped back when it didn’t happen. Good to see them playing nicely for once!

Despite the unusual qualifying strategy, neither Renault driver was able to capitalise on a theoretically better strategy to finish in the points, with Carlos Sainz even slipping back to battle with the McLarens and the Williams. Both Toro Rossos retired after just a few laps after suffering identical brake failures, which is kinda weird.

Hamilton’s 70th grand prix victory might not have been the most hard-fought or the most exciting but in terms of the championship, it’s another nail in the coffin for Vettel’s chances. The gap is now 50 points, meaning Hamilton could afford to have a couple of DNFs and still not lose the championship lead. 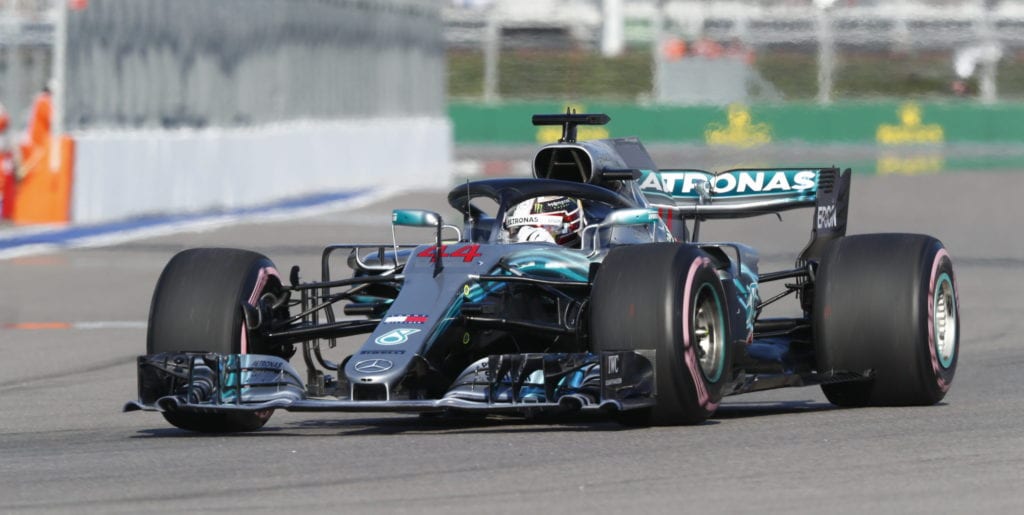