Hamilton stole the show when he took his 98th pole position, doing so with a new track record, as Sainz brought out red flags during Q2 for a car failure.

Both the Mercedes dominated qualifying with a 1-2 finish, as the Red Bull’s of Verstappen and Albon qualified just behind 3rd and 4th respectively. With a time of 1:27.264, Hamilton set a new lap record as Bottas was left to pick up what he could and finish behind in second.

“Another front row lockout for us which is good. The long runs were good, I am looking forward to tomorrow now,” Bottas said after qualifying.

With this being Hamilton’s 98th pole position, fans were also quick to realise he could reach 100 pole positions by the end of the season which seems mental. How many of those miniature Pirelli Pole Position tyres does one man need?

Sergio Perez, who has been on fire since his recent podium result in Turkey, managed to be the best of the rest in 5th with his teammate Lance Stroll not making it into Q3 yet again.

Renault’s Ricciardo and Ocon crossed the line in 6th and 7th, with Gasly, Norris and Kvyat making up the top ten.

The McLaren of Carlos Sainz came to an abrupt halt during Q2 at Turn 1, causing a red flag which disrupted a huge amount of laps. The “loss of drive” that he reported over the radio meant he wasn’t able to park the car into a safe space, resulting in a crane having to come to the rescue. A full diagnosis will be done post-qualifying but is expected to be an issue with the braking system.

Poor Carlos and Bahrain don’t seem to get on well, with him never earning a single championship point during his five visits to the circuit. Sainz will start 15th, unless he requires changes to his car that could induce a penalty.

Unfortunately, Carlos stops on track bringing out the red flag. The team are investigating the issue. #BahrainGP 🇧🇭 pic.twitter.com/a2dTRxUHtB

Both Ferrari’s were out in Q2, with Vettel finishing in 11th and Leclerc in 12th. Quite the ‘Uno Reverse’ card move from 2020 when you consider that Ferrari had a 1-2 qualifying result at last year’s Bahrain Grand Prix. As expected, Vettel sounded pretty disappointed on team radio for just missing out on Q3 but there will be hope he can replicate a similar start to the last race at Turkey.

George Russell once again made it through to Q2, the ninth time he has done so this season and will start the race in 14th. He also keeps his record of always out-scoring his teammate in qualifying.

The man who was on pole position last time out in Turkey, Lance Stroll, only managed to finish in 13th and is knocked out of Q2 once again this season. He afterwards that he was sent out on an old tyre which is why he did not make it through into the final session.

Giovinazzi, Raikkonen, Magnussen, Grosjean and Latifi were all knocked out in Q1. 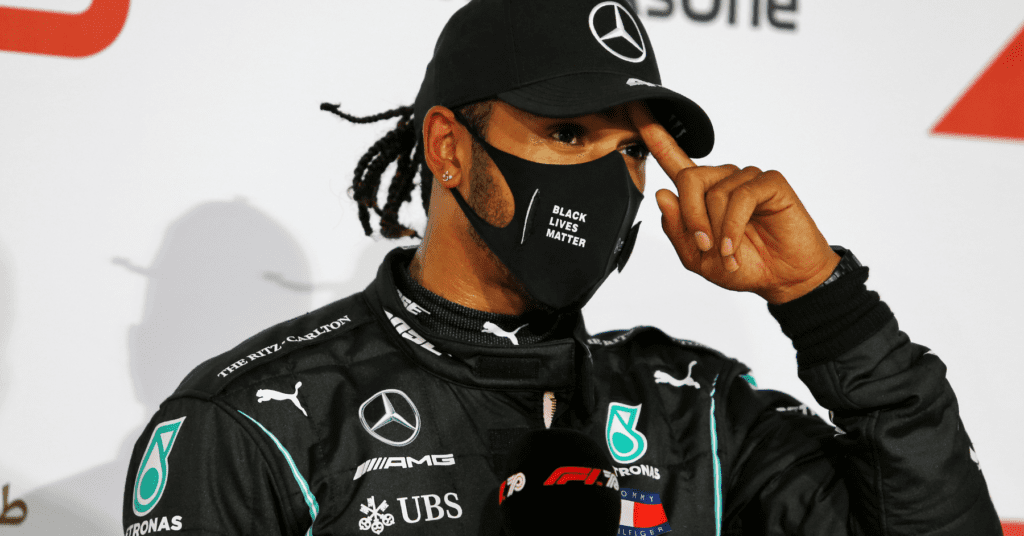