A sprinkling of rain before Q1 led to drivers staring out on intermediates but it the track quickly became good enough for slicks. There were few upsets at the front, although Daniel Ricciardo made life tricky for himself by trying to scrape through the session on the slower soft tyre, which he just about managed. There was disappointment for Force India with both drivers going out; Charles Leclerc also lost out whilst Marcus Ericsson progressed.

In Q2 pretty much everyone tried to get a lap in on slicks, but further rain had made that impossible. Sebastian Vettel had got it right and gone out early on intermediates, though, ensuring him the quickest time as everyone else scurried back to the pits to jump onto inters. Once more, the front runners (mostly) made it through with relative ease. The exceptions were Kimi Raikkonen, who had to put in a good lap when the track was getting very wet to just make it into the top 10, and Daniel Ricciardo. The Aussie was caught out by a yellow flag from the spinning Lance Stroll, missed the best of the conditions, and was out.

The rain properly soaked the track during Q2 and conditions stayed much the same for Q3. This suited the Mercedes drivers, who were quick the whole session. The only real challenge came from Kimi Raikkonen, who held provisional pole for a while before ending up third after first Valtteri Bottas and the Lewis Hamilton edged his time. Despite topping Q1 and Q2, Vettel struggled a bit more in Q3 and it took him until the end of the session to set a decent lap, and even then it was only good enough for fourth.

Wet conditions always provide the opportunity for midfield drivers to shine, and in this instance, there were three drivers who really shone. Carlos Sainz was on it the whole session, finished second in Q2, and with minutes to go in Q3 was sitting in a strong third. He slipped back to fifth in the end, but it was still a great effort.

The other impressive drivers were in the Toro Rossos. Pierre Gasly and Brendon Hartley looked at home throughout the session and made it through to Q3. Gasly will start sixth with Hartley in eighth. In between them – unexpectedly – was Max Verstappen. You’d think a Red Bull in the wet at a track like the Hungaroring would be a recipe for success, but apparently not.

The mixed-up grid should make for a very interesting race. The Ferrari’s look significantly faster than the Mercedes in dry conditions but will have a tough task to get ahead. The Red Bulls have looks quick, too, and fighting back from seventh and 12th should be a highlight. With the weather forecast to be searingly hot, tyres could become an issue, too. 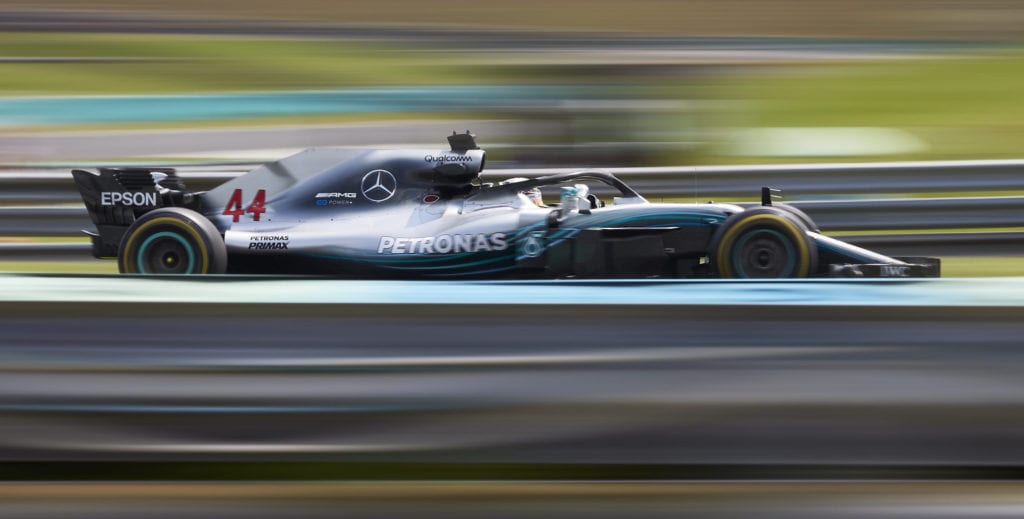