Everybody breathe. What a totally unpredictable qualifying session for the Emilia Romagna Grand Prix. Although it was Lewis Hamilton who will start on pole, the battle between the Red Bulls and McLaren of Lando Norris had our heart in our mouths.

Sergio Perez will line up alongside Hamilton on the front row of the grid, with Max Verstappen in 3rd. Unfortunately for Lando – who was on an absolute flyer of a lap – his final lap time was deleted.

YUKI BRINGS OUT THE RED FLAGS IN Q1

It was a dramatic start to qualifying when just minutes into the session, AlphaTauri’s Yuki Tsunoda lost control and obliterated the rear of his AT02. Fortunately, Tsunoda was able to remove himself from the car but the damage suffered will take a long time to repair and replace.

AlphaTauri looked strong at this circuit so far this weekend, so this shunt will hurt the team and see Yuki start from the back of the grid.

The session resumed, with plenty of lap times behind deleted. However it was Valtteri Bottas who finished the session fastest, followed by Lewis Hamilton and Lando Norris.

Nicholas Latifi stunned us all with a lap time that saw him finish P12 in Q1, beating his teammate George Russell who finished in P14. It’s the first time since Hungary in 2020 that both made it into Q2.

DRAMA FOR SOME BIG NAMES

Norris spent a lot of Q2 leading the time sheets with a 1:14.718 on the softs, a hugely impressive effort. However, all eyes were on George Russell in his Williams who was just +0.916 off Norris’ time on a set of mediums in a Williams. Totally insane.

It was Sergio Perez who finished the session fastest though, followed by Lando and Charles Leclerc. P3 looked promising for Ferrari, however it was a nightmare on the other side of the garage as Carlos Sainz didn’t make it into Q3 and finished P11.

HAMILTON TAKES POLE AHEAD OF BOTH RED BULLS

In the end it was Lewis Hamilton who took pole – the 99th of his F1 career – ahead of the Red Bulls of Perez and Verstappen. Post-quali, Verstappen confessed he has a small off in Turn 3 which ultimately lost him a lot of time, allowing himself to be outqualified by a teammate.

This is the first time since 2018 that Max has been outqualified by a teammate on the track, excluding any penalties handed out afterwards.

Elsewhere, F1 fans held their breath as Norris set down two purple sectors in the final moments of Q3, however it wasn’t enough and placed the McLaren driver in P2. Soon it was confirmed that Norris had exceeded track limits and his time deleted. He will now start P7, just behind his teammate Daniel Ricciardo.

Leclerc and Gasly rounded up the top five.

The big questions from that qualifying session will be about Bottas who finished that session in P8. He finished +0.487s behind Hamilton. A terrible result for the Mercedes driver and will be a big challenge to make up positions in tomorrow’s race. 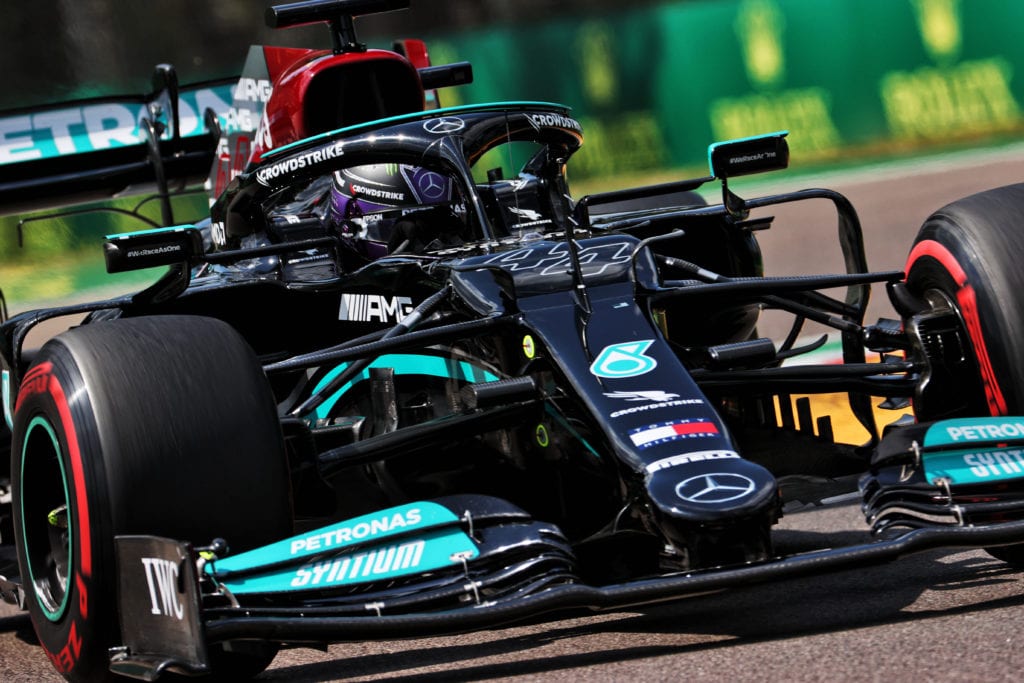