Hamilton Thinks Helmet Designs Are Pointless Now Because Of The Halo

Lewis Hamilton is considering running with a blank helmet and finding a few milliseconds of lap time by removing his paint job. He joked about this because the Halo limits the view of the driver’s helmets, rendering the often race-specific, well thought-out designs on the lid a bit useless. Hamilton said:

“It’s almost pointless us painting the helmets nowadays so I’m probably going to get rid of my paint on mine. It saves weight. I don’t really have a suggestion for it. I’m sure they’ll come up with something.”

It’s fitting that a Mercedes driver would make this comment. Rumour has it that the team got its nickname back in the 1930s when the team had to remove the white lead paint from its cars in order to meet a weight limit.

Fernando Alonso has already said the Halo’s should have some kind of unique designs on them, and Sebastian Vettel also thinks more could be done, saying:

Daniel Ricciardo had much the same view:

“On the T-cam sometimes one driver has yellow so you can kind of tell a little bit there so maybe [we should] do something between teammates with the halos, just to give fans a little bit of an idea who’s behind the wheel because yeah, you don’t really see the helmet now. We are pretty hidden. That’s all I can think of for now short term.”

Whether this proposal will be looked at further remains to be seen, and the nature of any potential personal paint job is up in the air too. A Vettel victory finger painted onto the Halo of the No.5 Ferrari would intimidate rivals on track. An Alonso deckchair meme mural on the No.14 McLaren would make him unmissable, right? It sounds like most drivers want to see efforts made towards turning the Halo into an easy identifier given that it infringes the visibility of their helmets and the designs they carry that are usually a source of pride. We’ll just have to wait and see. 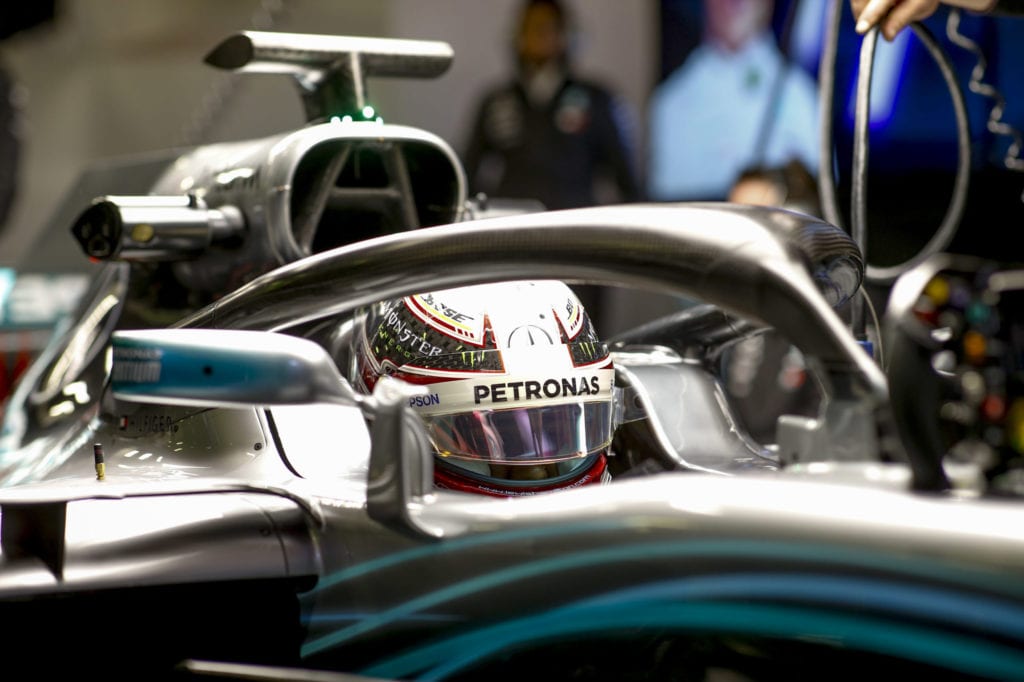