Lewis Hamilton was pushing really hard to try and keep Max Verstappen, and the win, in his sights but in the end it wasn’t to be as Red Bull managed to cruise to the victory with Lewis way back in second.

It left Mercedes a bit confused because they had absolutely no answer to the pace Red Bull are now showing.

“I was giving it absolutely everything but they, I don’t really know where they were gaining the speed, I think it was everywhere in general, but particularly on the straights, they’ve definitely made some big steps over the past few races, and we’ve not really got an answer for it.”

But Lewis has a theory about why Red Bull has now won four races in a row!

“Maybe they’ve spent more money than us this year,” he said to SkySports afterwards.

“Maybe we’re putting more money on next year. I don’t know. I’m not the one that deals with the money. I’m just driving the car to the maximum and trying to get the best out of it that I can, which I think we are, but we need to try and find more pace.”

This is the first season with the cost cap, which really changes how teams can spend their money, and with the significant regulation change next year, whether to carry on spending in 2021 or to throw everything at 2022 is a big question for all the teams.

It looks like Mercedes have already finished developing their 2021 car with 15 races still to go.

“We’ve not brought any upgrades. I can’t remember the last time we had an upgrade,” said Lewis. “But they have, they’ve clearly brought the engine upgrade, and some other part of the package, and it’s just eked them ahead.

“So whilst there’s a really, really long way to go, with speed like that, there’s not really much more that we can do, so we’ve just gotta keep pushing. I’ve got confidence in the team that we’ll somehow find something.

34 points was our maximum and we got them. 💪 Another go in just one week! 🔥 #StyrianGP pic.twitter.com/folmsqgL46

“[The gap] was around a quarter of a second, I think, on average, maybe three or four-tenths, it was a pretty impressive speed that they had.”

It was still a solid weekend for Mercedes, who had both Hamilton and Valtteri Bottas on the podium in second and third, respectively.

Let’s see how the Silver Arrows get on next week for the Austrian Grand Prix. 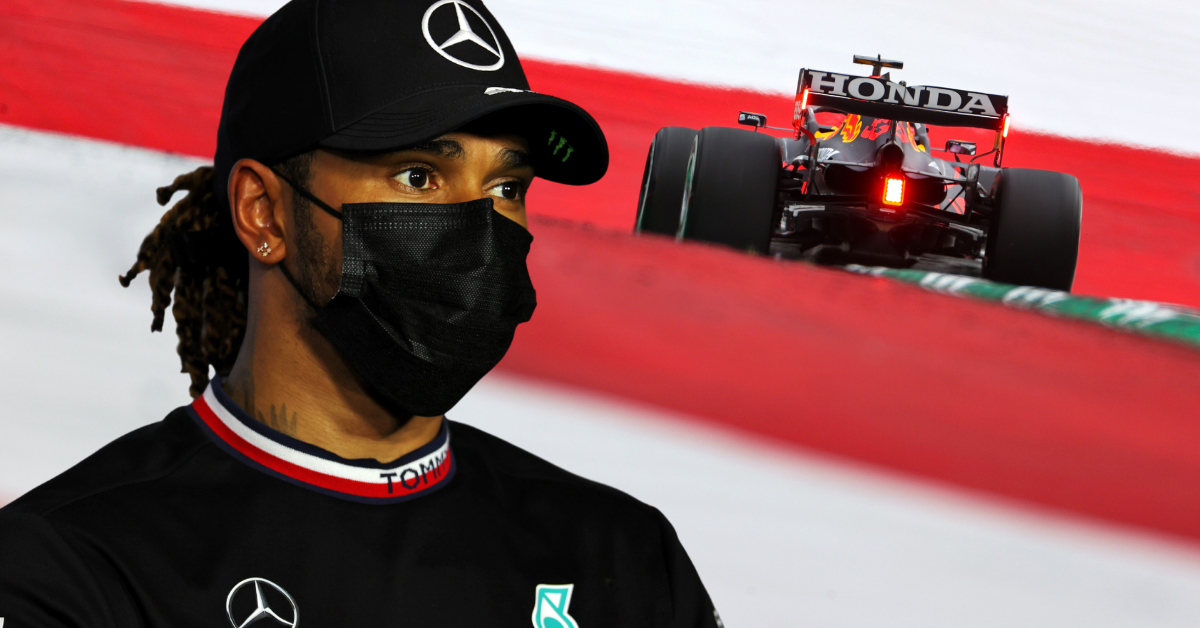