“I think one of the biggest changes that needs to be made is that at the moment it is the same four days, every weekend, for 21 weekends every single year pretty much.

“I used to do it when I was younger, and there were some tracks that kept you on the edge of your seat, like I imagine Baku this year.”

What would a Lewis Hamilton super weekend look like? Martin Brundle’s grid walk could become Martin Brundle’s catwalk, where every driver must arrive at their ‘pretend to be bothered by the national anthem’ standing slot with an excess of sass and jazz hands. Access-all-areas passes for driver pets so Roscoe and Coco get to sit either side of Toto Wolff at his rage desk to influence his in-race calls with their cute dog faces. FP3 to be a scooter-only session – Hamilton’s graceful scooter antics in the pits this season have been something to behold and this would surely be an avenue of advantage for him.

It’s an interesting suggestion from Hamilton though. The usual ‘gems’ of the calendar like Spa and Monaco (despite how insufferably dull this one can be)should arguably remain traditional and untouched. But if changes were brought to some tracks that more often than not give us a procession, would reverse grids, one-lap qualifying, or mandatory three-stop races help to spice things up?

The anti-artificial purists will no doubt be gagging at this point and reaching for a bucket, but the championship would remain consistent from a participant’s perspective given that any change made for a ‘super weekend’ would be affecting the entire grid. Things like double points have been introduced before, but this change had absolutely no bearing on on-track action. However, a reverse grid (for instance) at this year’s Spanish Grand Prix would’ve seen Brendon Hartley on pole for Toro Rosso, with Lance Stroll’s Williams alongside him on the front row. The Mercedes lads would have been at the back – can you imagine how amazing it would have been to see them battling it out to try and get to the front? Those four laps would’ve been incredible to watch…

There seems to be a big appetite for change in F1 at the moment – it’s something the top brass, the drivers and, most importantly, the fans have been toying with this year. Is there any credence to Hamilton’s suggestion? Should F1 be brave, and try something completely new? 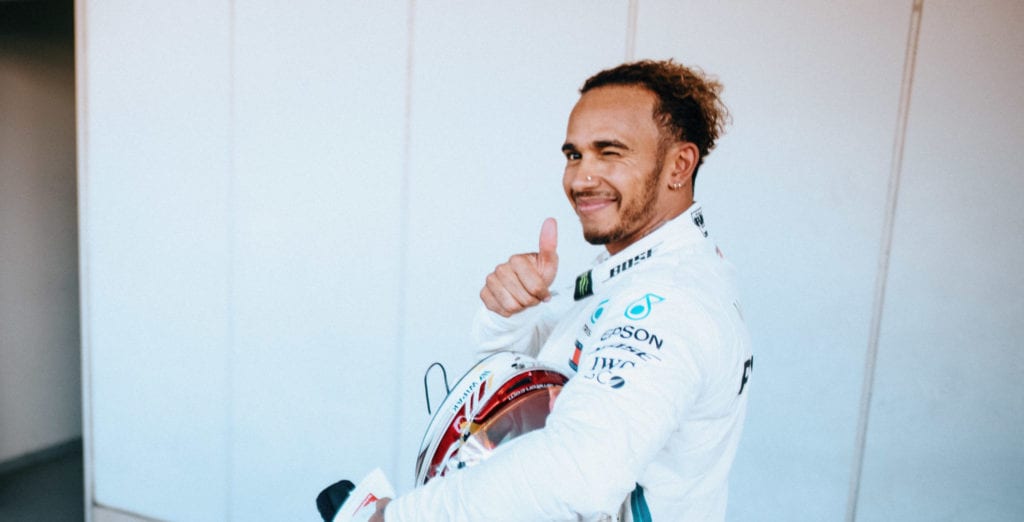