It’s been a grim year for McLaren, Williams and their respective fan bases as there hasn’t been much for either to cheer about in 2018. Williams looks set to finish the season at the foot of the constructors’ standings for the first time in its lengthy history, whereas the foreseen potential of a Honda-free McLaren future hasn’t lived up to the pre-season sense that this would be a more competitive year for the papaya cars.

This hasn’t gone unnoticed by Lewis Hamilton, who recalls watching the Williams team winning titles when he was growing up, and thriving as an F1 rookie – and then some – at McLaren. He told Sky Sports F1:

“I’ve never hidden the fact that it’s sad to see, naturally, just as it is sad to see a team that I grew up watching like Williams not be there.

“It is crazy to think we’ve got Williams right at the back of the field who once had Nigel Mansell in the car and Damon Hill, winning championships. And McLaren, who were really the founding family for me, also having a struggle for a long period of time. I really just hope there is light at the end of the tunnel for them.”

At the Russian Grand Prix, Fernando Alonso and Lance Stroll finished the race a lap down, with Stoffel Vandoorne and Sergey Sirotkin two laps adrift. Williams has conceded that the FW41 is fundamentally flawed and has resulted in the 2018 season being essentially irretrievable.

McLaren, on the other hand, believed it could make steps this season, but a longstanding calibration issue with its wind-tunnel has wrecked aerodynamic progress. In July, Zak Brown conceded that there was no solution on the horizon for this. This has resulted in the team having to use free practice sessions as a test bed for components like floors or front-wings, a much more cumbersome, risky and timely process compared to simulating conditions in a fully operational wind-tunnel.

Both teams have been punished enough this season purely through race results and it will be good for Formula 1 in general if both former giants show greater competition in 2019. If recent history has taught us anything, it’s that this isn’t a given, but let’s hope these teams can get back on track soon. 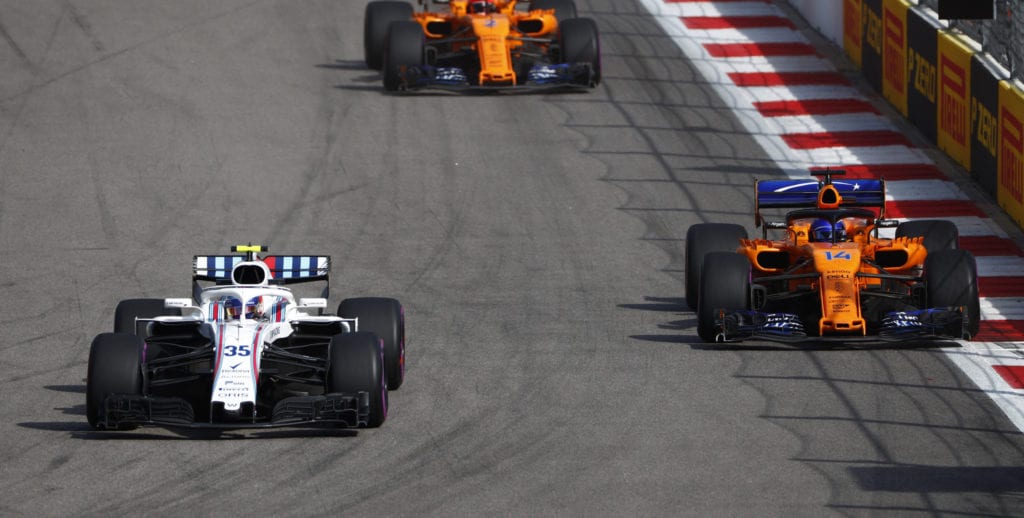