As boring as it can be for us fans, the off-season is a chance for drivers to get up to the things they really want to do without having to worry about travelling to and from races, or performing less-than-interesting sponsor and media duties. For instance, Valtteri Bottas did a spot of rallying and Charles Leclerc went skydiving (apparently without telling Ferrari).

Hamilton’s idea of a good time is to live out a dream of being in an action film and so he spent a day learning how to use a handgun – apparently as part of his training for an upcoming role.

Excited to show you something I’ve started working on. I’ve always loved action movies and dreamed of one day being in one. This is where Keanu Reeves trains for his john wick movies so I came here to start training for my first movie role. This is only day 1, was a super fun few hours in a safe professional environment. Keanu, gimme a call, mans ready👍🏾 big thanks to @tarantactical and your amazing team for the time and patience with me. Had the best day🙏🏾

It’s either that or the Mercedes factory has a massive Nerf battle planned for a couple of weeks and he wants to get a leg up on the competition. 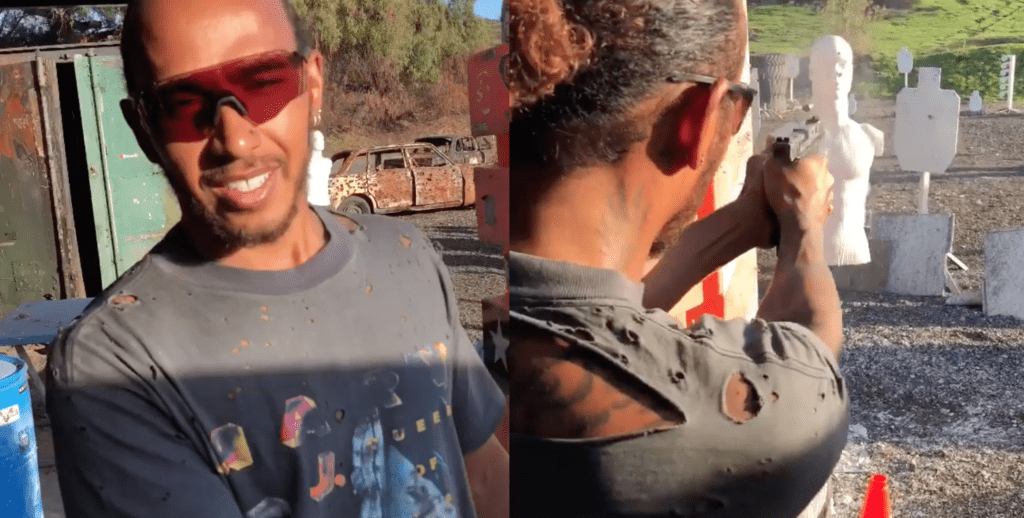