For all it’s history, F1 races at Monza can often be rather boring. That definitely wasn’t the case this year though as strategy, team tactics and good old-fashioned on-track action dictated the race.

Kimi Raikkonen held on to his lead at the start as Hamilton got feisty with Sebastian Vettel for second. The two went side-by-side into the second chicane as Hamilton went around the outside – they made contact, Hamilton was through, whilst Vettel spun to the back with a lightly damaged car. It was a racing incident, but it’s yet another occasion this season where Vettel has lost a chance to score points over his title rival.

Raikkonen continued to lead in the early stages as Hamilton seemed content to sit just behind the Ferrari The pit stops would be crucial; Raikkonen blinked first. Mercedes elected to leave Hamilton out for several more laps and although Kimi continued to pump in good lap times, Mercedes’ benefit of having two cars in the fight quickly became apparent as he came up to the yet-to-stop Valtteri Bottas. As Kimi caught up Valtteri, Hamilton pitted, rejoining several seconds behind. It didn’t take him long to wipe out the advantage and once Bottas pitted, the two were right together again.

Unlike the first stint, however, Kimi wasn’t quite as comfortable on the soft tyre. The combination of pumping in the lap times after his pit stop and following Bottas for a few laps shot his tyres, with his left-rear looking particularly angry. It was only a matter of time before Hamilton made his move and when he did, he got ahead relatively easily and quickly pulled a gap, going on to win.

Max Verstappen should have finished third. He drove superbly well all race to be ahead of Bottas, but whilst defending from him late on inexplicably drove into the side of him in the braking zone, forcing the Mercedes off-track. It netted him a five-second penalty which dropped him to fifth, behind both Bottas and the recovering Vettel. He’d benefitted from a lap one safety car (called out to clear up Brendon Hartley’s stricken Toro Rosso) and was able to fix his damaged front wing without losing any time and quickly made his way through the field. However, the need for another tyre stop put him out of contention for the podium.

Daniel Ricciardo’s charge through the field ended exactly as you might expect – with a smoking car coasting to a halt. Romain Grosjean therefore finished sixth and best of the rest just ahead of Esteban Ocon, with Sergio Perez driving well to go from 14th to eighth. Carlos Sainz finished ninth, with Lance Stroll giving Williams something to cheer about with a point for tenth.

There were a few drivers who had less good days. Kevin Magnussen finished dead last after sustaining damage in a battle with Perez, whilst his best mate Fernando Alonso retired early on with an apparent power unit issue. Poor Hartley barely even crossed the start line when he was sandwiched by Stoffel Vandoorne and Marcus Ericsson, putting him out instantly.

Vettel having yet another day to forget whilst Hamilton wins means that the Brit’s championship lead is now up to 30 points. Yes, Ferrari seems to have the quickest car and Vettel could easily pull that back over the coming races. However, we’ve been saying that for ages now, and it seems like every time Vettel makes a step forward, soon after he takes another one backwards. It won’t help if Ferrari starts to drop the ball with strategy, either.

With just seven races left to go this year, there’s still time for him to put his errors right. It’s running out, though. 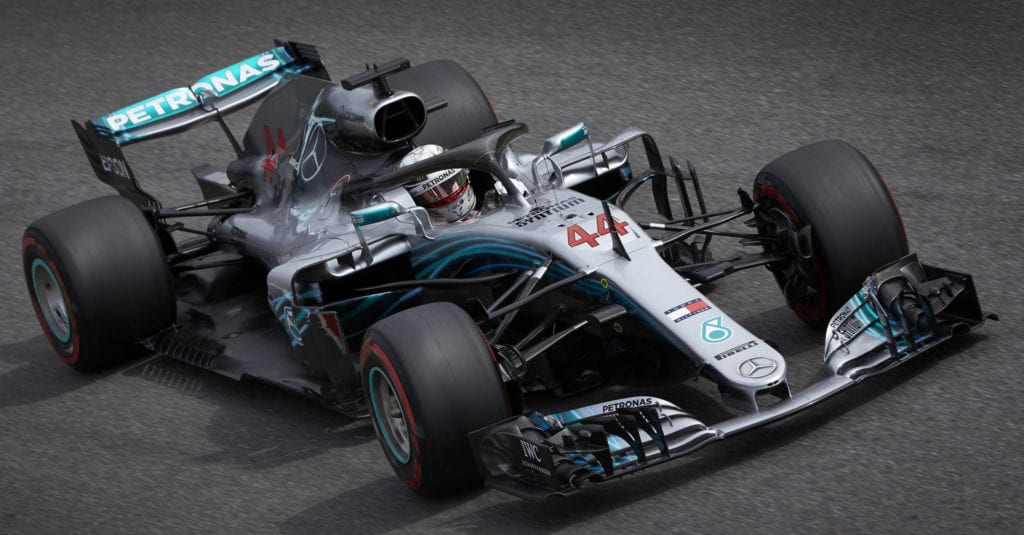