Hamilton Wins A Silverstone Thriller As Verstappen Gets Punted By Vettel

Got your breath back yet? No, me neither! The British GP has surely comfortably just given us the race of the year so far – and not because of a last-gasp move for the win, or a whole gaggle of cars involved in the battle at the front, but because there was barely a lap where someone wasn’t trying to overtake someone. And not just in the midfield, but at the front.

Valtteri Bottas kept his lead on the opening lap, but Hamilton was in no mood to sit behind him and piled on the pressure in the opening laps. Hamilton managed to force a slight error from Bottas at Brooklands and grabbed the lead but remarkably, Bottas was having none of it – he came back at Hamilton and repassed him into Copse (of all corners!), retaining the lead until his first pit stop.

The real scrap was further back, though, as Max Verstappen tried everything to wrestle third from Charles Leclerc, who was off the pace on the soft tyres. Lap after lap, the two of them went wheel to wheel (even in the pit lane!), but everything Verstappen tried, Leclerc had an answer for. It was scintillating stuff and, after being slightly humbled by Verstappen in Austria, there was a real sense the Leclerc was out to prove he’s got what it takes to properly battle – and boy, did he prove it. Both drivers were ultra-aggressive but remained just about on the border of being fair. There was a bit of wheel-banging and the odd moment where the pair of them went off the track, but it all seemed to even itself out in the end – and even better, the stewards just let them get on with it.

Then, the safety car came out to recover Antonio Giovinazzi’s Alfa Romeo. This came at the perfect time for Hamilton, who effectively gained a free pit stop as a result and gained the lead over Bottas. That’s now things stayed at the front, but it’s not like the safety car gifted Hamilton the win – he’d kept his tyres alive longer than his teammate, who had to make another stop anyway. But while things settled down at the front, the fight for the final podium spot was far from over.

Verstappen jumped Leclerc in the safety car reshuffle and after another scrap, Max set off up the road after Pierre Gasly and Sebastian Vettel. Gasly soon let him go and, a few laps later, Verstappen was on the back of the other Ferrari. Heading into Stowe, he got the move done around the outside and then defended the inside down into club. But unlike Leclerc, Vettel seemingly had no interest in making it a long battle and simply drove into the back of the Red Bull under braking, skittling them both off the circuit.

Vettel pitted for a new front wing, dropped to last, and was given a 10-second penalty, while Verstappen – despite bouncing backwards over a kerb and coming to rest in the gravel – was able to get going again having only dropped to fifth, where he remained at the finish. It was a huge pity for that particular battle to have ended like that, given the quality of what was going on elsewhere. Leclerc was promoted to third (having earlier made a mega pass around the outside of Gasly at The Loop) and Gasly a career-best-equalling fourth on a weekend where, for the first time, he finally looked like a proper Red Bull driver.

As for the midfield, that was frantic too, but we didn’t get to see much of it because there was simply so much happening at the front. Carlos Sainz just held off a charging Daniel Ricciardo for sixth, Kimi Raikkonen continued to be a point-scoring machine with eighth, while Daniil Kvyat came seemingly out of nowhere to finish ninth.

Lando Norris lost out heavily to those who pitted under the safety car and ended up out of the points, while Alex Albon plummeted down the order in the closing stages. Both Williams drivers beat the delayed Vettel and Sergio Perez, who lost time after knocking his front wing off on the side of Nico Hulkenberg’s Renault. Still, that was a better result than either Haas driver managed – both ended up retiring after hitting each other on the opening lap.

The stories from the race will be the epic battle between Leclerc and Verstappen, Hamilton’s total dominance (he set the fastest lap on the final lap on old tyres – faster even than Bottas could manage on new softs), and yet another significant error from Vettel.

The real winners, however, are the fans. We were all treated to an absolute classic of a grand prix which makes each and every boring lap of every boring race so far this season totally and utterly worth it. 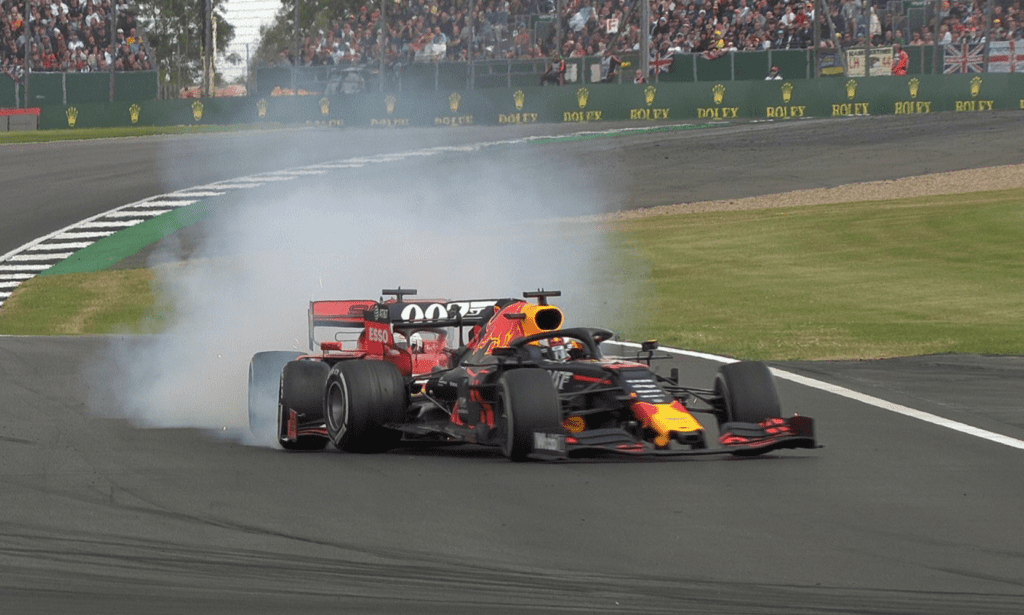