Hamilton Wins In France As Vettel Crashes Into Bottas At The First Corner – WTF1
Skip to content
×
Formula 1 , News

The collision pretty much ended any hopes of a fight at the front and although Max Verstappen was relatively close for much of the race, Hamilton always looked like he had enough in hand. Daniel Ricciardo spent much of the race in third but his front wing became damaged by some debris late on and Kimi Raikkonen snatched the podium away from him in the closing stages.

Vettel and Bottas had to pit at the end of the first lap to repair the damage. Vettel charged back up into the top six relatively quickly but chewed up his tyres in the process and had to make a second stop later on in the race. He had to take a five-second penalty for hitting Bottas on the first lap, but by that point he was running pretty much on his own so it didn’t make a whole lot of difference and he finished fifth.

Bottas’ progress was a bit slower thanks to some floor damage sustained on the first lap and he too had to make a second stop for new tyres. Unlike Vettel, that dropped him down a few positions, and he ended up in seventh behind Kevin Magnussen.

The sixth place should really have belonged to Carlos Sainz though. He ran as high as third early on and was comfortably the ‘best-of-the-rest’ but with a few laps to go his Renault power unit lost some performance and he dropped to eighth. Only the Virtual Safety Car for Lance Stroll’s puncture prevented him from dropping down further – teammate Nico Hulkenberg was ninth, whilst Charles Leclerc remained in the points with 10th.

It was a bad day for the French drivers in their home race. Pierre Gasly and Esteban Ocon collided on the first lap and were out of the race. Romain Grosjean also had contact on the first lap (with Ocon), was given a five-second penalty, and ended up a lowly 11th. His hunt for points in 2018 continues.

Still, he could have had a worse race – it could have been like Fernando Alonso’s. He was caught out by the carnage early carnage and had to pit on the first lap, too. Then, when being passed by Vettel, he made an uncharacteristic error and spun all on his own. After some moaning about whether there was any point in carrying on he pitted for some fresh ultrasofts in the hope of grabbing fastest lap, but couldn’t even manage that and had to retire when his wheel came loose. Le Mans seems like a long time ago already…

The race was something of a pleasant surprise, though. We were worried about whether there would be much action but as it turned out, there was plenty of overtaking and little need to resort to hoping the threat of rain would materialise.

Hamilton had a boring race, but a great one for his championship, gaining pretty big points on his main title rival and regaining the championship lead. Those upgraded power units seem to be working a treat for Mercedes, too – with the Austrian and British GPs (both traditionally good tracks for Mercedes) coming up in the next two weekends, it’ll take a bit more effort from Ferrari and Vettel to prevent the Silver Arrows from building up a real head of steam. 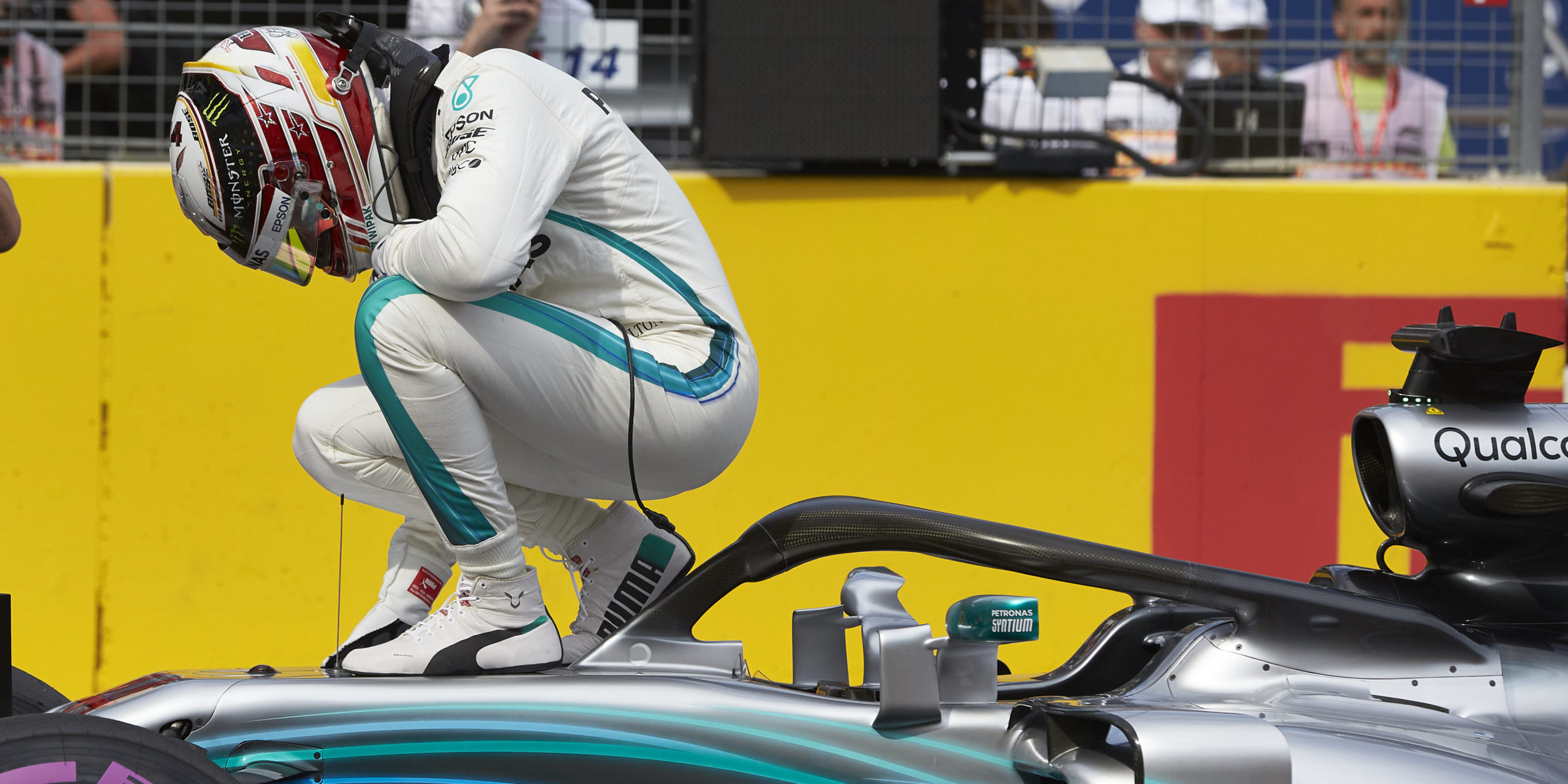