Despite the feeling that Ferrari would have the race pace at a hot Hungaroring, it was Mercedes who kept the upper hand for much of the race as Hamilton and Valtteri Bottas kept their positions at the start.

From that moment on it was a race of strategy and it just didn’t come together for Ferrari. Kimi Raikkonen pitted first in an attempt to put the pressure on Bottas and undercut him, but a slow stop ended any threat. Then Vettel, running longer than the others on soft tyres, hit some really bad traffic just before his stop and also had a small delay in the pits. That dropped him behind Bottas and with overtaking difficult at the Hungaroring (for F1 cars, anyway), he just couldn’t get close enough for a pass, even on the ultrasofts.

That allowed Hamilton to cruise off to a straightforward win, but the battle for second wasn’t over and done with yet. With Bottas fading on seriously old tyres, Vettel finally got a run into the first corner. The Mercedes defended, but Vettel had the traction and pulled ahead on the run to Turn 2, at which point Bottas ran into the back of the Ferrari, damaging his front wing.

Luckily for Vettel, he didn’t suffer a puncture and was able to hold on for second ahead of Raikkonen, who’d attempted a two stop. With Bottas slowed by his damaged, he then had another collision when trying to defend from Daniel Ricciardo, spearing the Red Bull off the track. Ricciardo recovered and passed the Finn for fourth, but it was a clumsy end to what had been a decent drive from Bottas until that point.

It was a case of why might have been for Red Bull – Ricciardo ran a massively long first stint on the soft tyres and had good pace, despite having to fight through the pack. It suggests that Max Verstappen might have been in the mix had his car not given up early in the race – had qualifying been dry, both drivers could have been a real threat.

Best of the rest was a seriously impressive Pierre Gasly. Not only did he beat the likes of Kevin Magnussen, Fernando Alonso, and Carlos Sainz (rather easily, too), but he managed to finish on the same lap as Hamilton. That’s no mean feat given the performance difference to the top three and the fact that the Hungaroring is such a short lap.

Another driver who was having a great day was Stoffel Vandoorne. For the first time in forever he was enjoying a solid race, running close with Alonso and looking set to score his first points since Azerbaijan – until his gearbox let go. He’s in desperate need of a good result and although it didn’t quite happen this time, it’s the first time in a while he’s looked like the Vandoorne we all expect, given his stellar junior career.

You have to wonder how the race would have turned out were it not for Ferrari’s small operational errors. Vettel had some serious pace once he’d got ahead of Bottas and had he jumped him in the stops, we could have been in for a real showdown for the win.

As it is, Hamilton extends his lead in the championship to 24 points heading into the summer break. It’s a useful lead for him to have, but with Ferrari’s horsepower advantage suspected to be quite sizeable, that could easily be eradicated after the races at Spa and Monza. 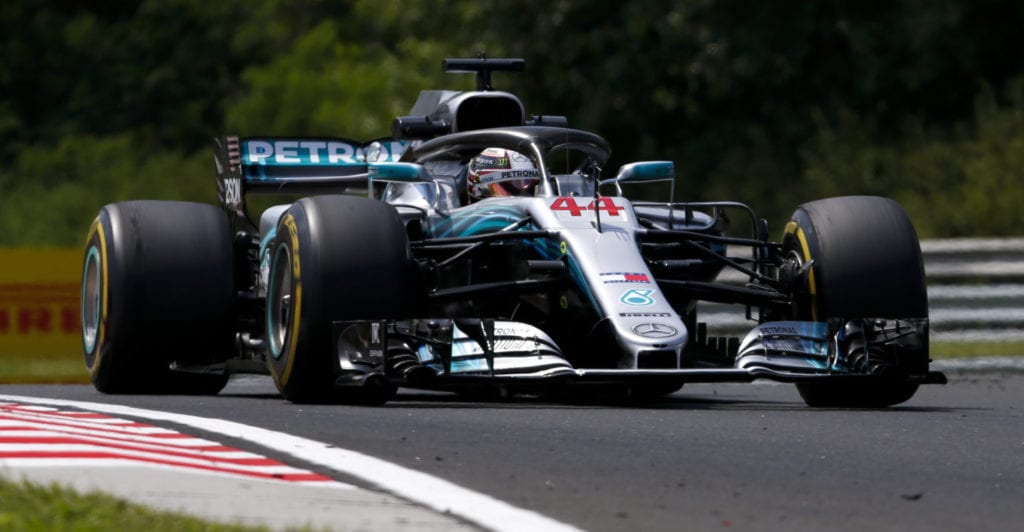