Hamilton Wins In Portugal After More Battles With Verstappen

F1’s return to Portimao gave us plenty of overtakes, but it was the on-track battle between Lewis Hamilton and Max Verstappen that had tongues wagging. After a series of stunning moves from the two championship contenders, it was Lewis Hamilton and his Mercedes that came out on top.

It might not have been the most dramatic of races, but certainly provided us racing fans with plenty of action.

It was a clean start for all of the grid, a complete contrast to the chaotic start we had here in Portugal last year. Sergio Perez fell back a place into fifth, allowing Carlos Sainz through into fourth early on. Valtteri Bottas kept his first place, followed by Lewis Hamilton and Max Verstappen.

At the start of the second lap, Kimi Raikkonen made contact with his teammate Antonio Giovinazzi. Raikkonen drove straight into the back of Gio, causing huge damage to his front wing. It was unsalvageable, which led Kimi to pulling over and retiring. The Safety Car was brought out, which lasted until the start of Lap 7.

This would be the only retirement of the race.

When we finally got back racing, Bottas held up the pack but perfected his restart, flying off into the distance. Just behind the Mercedes driver, Verstappen wasted no time in trying to overtake Hamilton. “Attaboy,” the Red Bull team radio told Max after the stunning move, which left all of us beyond excited for the battle ahead.

Unfortunately, it was short-lived, with Hamilton retaking the second place position in a high-speed switch of positions going into Turn 1. “I am just a sitting duck on the straights,” Verstappen fed back to the team after finding himself in third again.

For Hamilton, his next victim was Bottas. With his killer racing instincts in full flow, Lewis hunted down his teammate and completed a smooth overtake for the lead of the race on Lap 20. As you would expect, Hamilton radioed that his tyres were in a bad state but then pulled a huge gap between himself and Valtteri. You love to see it.

TIME FOR A PIT STOP

Carlos Sainz was the first of the big players to pit for a fresh set of tyres on Lap 21, having started fifth on the soft compound compared to those ahead of him. His pit stop dropped him back to 16th.

On Lap 36, Verstappen was the first of the big players to make a pit stop. His stop sent him from third to fourth but worked out well as he was able to pounce on Bottas just one lap later after Bottas exited the pits.

Sergio Perez should also get a shoutout for his tyre management. He led the middle chunk of the Portuguese Grand Prix, managing his tyres for a whopping 52 laps before pitting for a used set of soft tyres. He would finish the race in fourth.

With the pack being so stretched out, it was no surprise that cars would inevitably be lapped. However, one car caused quite the drama when it came to letting cars through. Nikita Mazepin totalled up six blue flags at one point in the race, but was eventually penalised after nearly taking out Perez when he tried to pass.

Mazepin was handed a five-second penalty, which didn’t matter too much as he was already two laps down and a minute behind the next car – his teammate Mick Schumacher.

GET IN THERE, LEWIS

With only a few laps left to go, Hamilton looked to be leading the race comfortably. He did exactly that, earning the 97th F1 victory of his career. Hamilton crossed the finish line with a 30-second gap to Verstappen and extended his lead in the championship standings.

Evaluating the massive gap between the top three cars, both Verstappen and Bottas decided to pit for a final ‘fastest lap’ showdown.

Verstappen looked to have it nailed as he crossed the finish line in second with the fastest lap of the race, however, when in parc ferme, it was confirmed his fastest lap time had been deleted for exceeding track limits. The point was handed to Bottas, who finished the race in third. It should also be noted that Bottas had issues with a sensor on his car, which Mercedes boss Toto Wolff said post-race caused the driver a total of five seconds on his race time.

Sergio Perez finished in fourth, with Lando Norris proving once again he shouldn’t be written off and finishing fifth in his McLaren. Charles Leclerc also did a good job finishing in sixth, despite being concerned about how both Ferraris struggled with tyre performance over the weekend.

Alpine got another double points finish in their strongest weekend yet, with Ricciardo and Pierre Gasly complying the top 10. 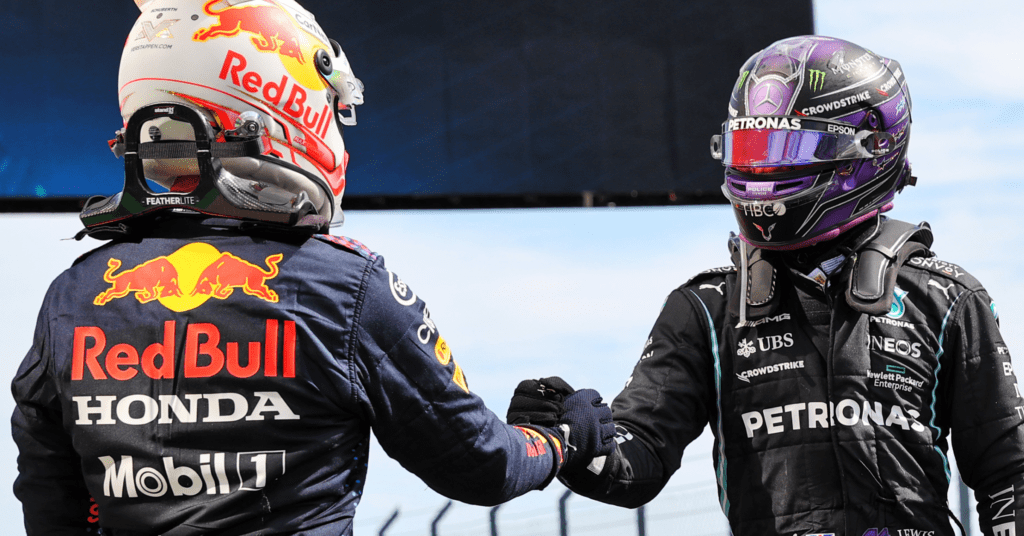