Aside from a close call whilst lapping traffic Hamilton never really looked under threat as he won from Max Verstappen and Sebastian Vettel, but more of that later. First, we need to deal with Sergio Perez.

He’s a superb driver. Good on his tyres, aggressive when he needs to be, experienced, and capable of dragging superb results out of midfield cars. All of that just makes his performance in Singapore even more of a head-scratcher.

The first corner collision with teammate Esteban Ocon was a bit clumsy. Yes, he probably wouldn’t have expected his teammate to try and pass him on the outside and yes, he was perhaps a bit wary of the Haas on the inside, but did he really not see Ocon?

Given that it was the first few corners, the steward call of it being a racing incident was probably the right one. Chances are if he’d gone on to score some good points it would have been forgotten about. Then came the battle with Sergey Sirotkin.

Sirotkin picked up debris from the Force India collision so pitted under the safety car for new tyres. That put him out of sync with everyone else’s strategy and, as the race went on, made him more and more of a roadblock.

Perez has pitted (somewhat surprisingly) early and was stuck behind the Williams for several laps. Unable to get past, he became increasingly frustrated with his strategy, and seemingly with the lack of alternative options his team was coming up with.

On lap 34 he finally got a run on him but amazingly, Sirotkin refused to give way on his ruined tyres. He’d been defending brilliantly and looked set to stay ahead until Perez appeared to just drive clean into the side of the Williams.

Just… what?! It ruined Perez’s race even further, as did the subsequent drive-through penalty. In itself that was amazing, given how similar it was to the Vettel/Hamilton incident from Baku last year for which Vettel was given a more severe 10-second stop-go penalty.

If he was trying to intimidate Sirotkin into backing off it was a foolish move considering he was completely alongside him. But why was he so frustrated? Yes, being stuck behind him probably cost him a chance of points, but at that point there was nothing his team could do about it. Earlier in the race, Perez had complained that Sirotkin should be moved out of the way – did he believe the Williams was a lapped car?

If a drive-through penalty is the only punishment that comes his way from that, he’s a very lucky boy.

Sirotkin’s excellent driving later caused one of the few exciting moments of the race as Romain Grosjean tried to pass him at the same time as Hamilton came up to lap him. That allowed Verstappen to close up briefly but Hamilton soon saw off the threat and managed the gap to the end.

Verstappen had lost second to Vettel on the first lap, but by running longer was just about able to jump ahead of the Ferrari in the pit stops. Valtteri Bottas was a distant fourth with Kimi Raikkonen and Daniel Ricciardo in close company, but not close enough for anyone to make a move.

Fernando Alonso made the absolute best of getting free tyre choice at the start of the race. By running long he avoided being held up by the Williams and finished seventh after a particularly tough few races for McLaren. He’s now eighth in the championship, just three points behind Nico Hulkenberg. How?!

Carlos Sainz did a similar thing to Alonso to finish eighth, with Charles Leclerc grabbing a couple more points for Sauber ahead of Hulkenberg in 10th.

Hamilton has now stretched his championship lead over Vettel to 40 points. He’s driven beautifully this weekend, but I think we can put to bed the idea that the Mercedes is slower than the Ferrari because that clearly isn’t the case. It’s going to take something really special for him to claw that gap back over the six remaining races. 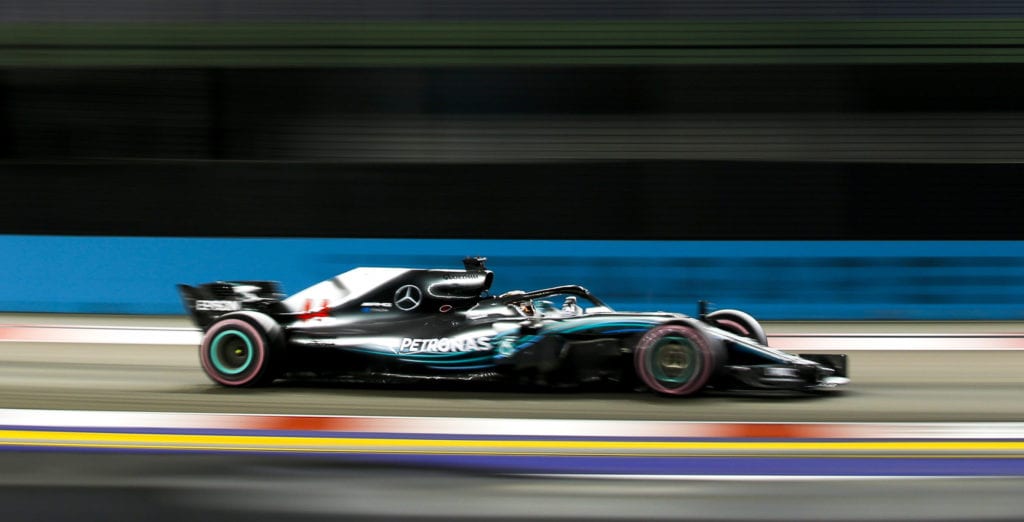