Wowza. Everyone take a deep breath and let’s process what just happened during one of the wildest Grand Prix we have seen in this modern era. In the end it was Hamilton who took victory, with Sergio Perez coming in second and Sebastian Vettel making a welcomed return to the podium after a last-lap pass on his teammate Leclerc.

He did it. He really did it. 🖤💜 pic.twitter.com/32lPUlBRbp

Stroll, who had started from pole, led the field and established a 6 second lead by lap 4 to his teammate Perez who was in second place.

However, with such variable conditions it saw many of the contenders for good results spinning and sliding all over the place. Big spins for Bottas, Verstappen and Albon caused much drama throughout the grand prix, but there were still no safety cars during the race apart from a virtual one for Giovinazzi on lap 13 for a mechanical issue.

There were many switches for the lead of the race, with tyre strategies keeping things interesting as drivers made the change to fresher intermediates with the constant threat of rain but an ever-drying race track.

With Stroll continuing to lead over halfway into the race, it started slowly falling apart with him ending the grand prix in 9th position. Team radio suggested pitting for another set of intermediates, to which Stroll heavily questioned. Eventually, he pitted but after the race he spoke to SkyF1 and simply did not understand his drop in performance:

“I don’t know what happened. I don’t understand. We had so much graining on the first set of intermediates and we were losing a second a lap. Graining and no pace. It was terrible.”

Bottas had a shocker of a race, constantly spinning and was even lapped by Hamilton towards the end. Deeply disappointing especially after his teammate put in the drive of his life and as a result took victory in one of the best races of his career.

Ferrari also looked strong, with Vettel having a stunning start to go from P11 up to P3. Vettel and Hamilton enjoyed some spicy battles during the middle of the race for fifth position, but it was ultimately Hamilton that ended up taking the top spot.

Although it was Leclerc who looked to finish on the podium, a last-lap mistake handed a third place to Vettel which we all loved to see. Also perhaps coincidentally this was a race that Mattia Binotto did not attend and Ferrari achieved their best result this year.

So much more to process but Hamilton’s achievement of equalling Michael Schumacher’s drivers’ title record is for most the highlight of the race. For the longest time, Schumacher’s incredible seven titles were put on a pedestal and often thought it would never be equalled or beaten.

He delivered a very emotional post-race speech about not giving up on your dreams and then ended it by saying “I feel like I am just getting started”. Oh god.

🏁 How they crossed the line in Istanbul! 🏁#TurkishGP 🇹🇷 #F1 pic.twitter.com/FSwCI5HEnu 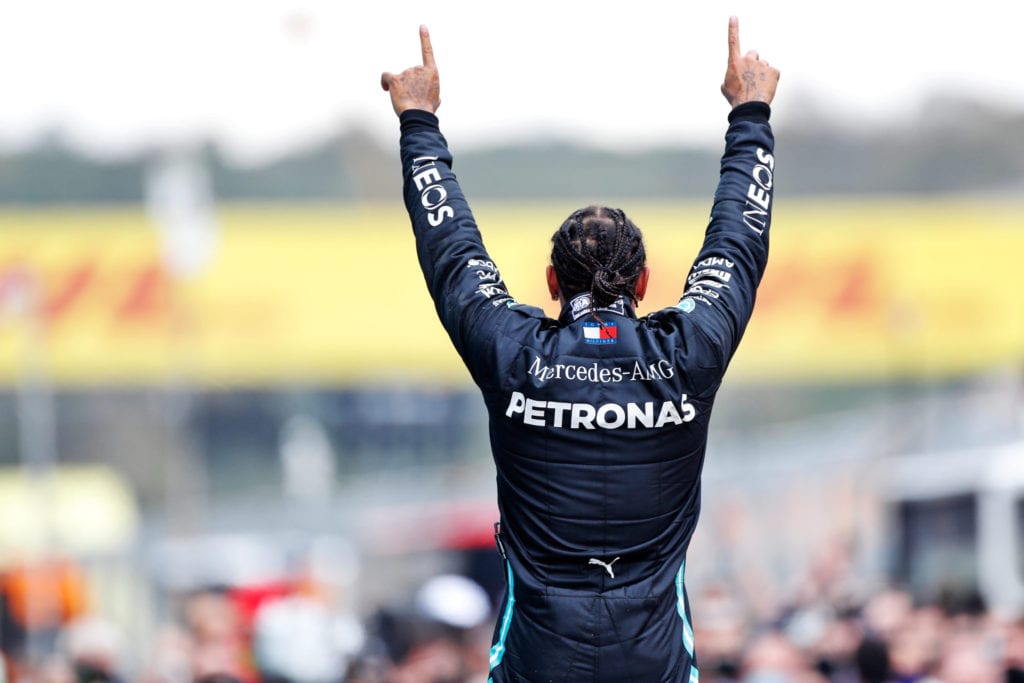