Hamilton’s Car Had To Be Remotely Fixed After It Developed A Serious Issue During The Race – WTF1
Skip to content
×
Formula 1 , News

Mercedes has revealed that Lewis Hamilton was in jeopardy of retiring from the Brazilian Grand Prix on two occasions, with the power unit appearing to be on the brink of failure mid-race as Hamilton pursued Max Verstappen for the lead. Team boss Toto Wolff told Racefans:

“We had such a horrible race today with the perfect end result with Lewis winning and us winning the constructors’ championship. But I can tell you mid-race we got the information: ‘power unit failure imminent on Lewis’s car’. And the guys in the background, the HPP [High Performance Powertrains] guys fixed it.

“God knows how you can fix hardware that is just about to break and make the car finish. So that race was just a nightmare until obviously the chequered flag came down and everything broke loose.”

“They said we have a massive problem on the power unit and it’s going to fail next lap. It didn’t fail next lap, and I said when you guys have a minute, let them work, tell me what what’s happening. They said ‘well, our exhaust is just about to fail’ and we’re over-shooting all the temperature limits as to what’s to fix and so they started to fix it turning the whole thing down.”

Hamilton’s 72nd win puts him a step closer to Schumacher’s win tally and means that since 2014 the Brit has won just over 50 per cent of the races. This victory has been largely eclipsed by the various scuffles between Verstappen and Ocon during and after the race, and is surely made sweeter that this one was saved from the jaws of a potential DNF.

In light of Mercedes somehow navigating and resolving this problem on Hamilton’s car, it’s worth noting that this season, there are only three drivers on the grid who have retired just once all season – The Mercedes drivers, and Sebastian Vettel. For all the variables that have been explored between Hamilton and Vettel regarding where this year’s title has been won and lost, the reliability of the front-runners has been parallel and almost perfect. The lack of reliability problems for each team hasn’t really been a factor this year, and the Mercedes record has essentially cancelled Ferrari’s and Vettel’s strong reliability record out.

Somehow, Mercedes prevented Hamilton’s second retirement this season, and it has resulted in another race victory and with the help of Bottas’ drive to fifth place, a fifth constructors’ title. 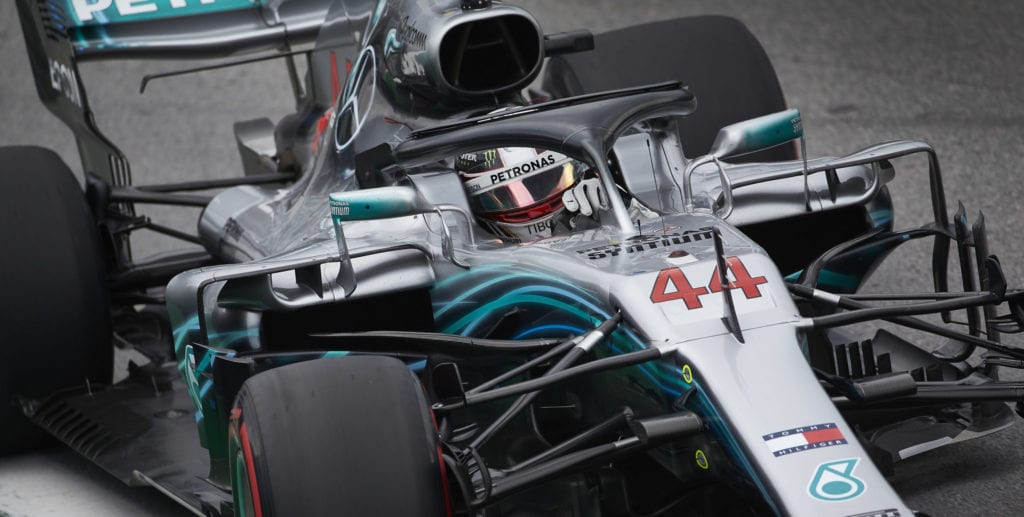