It’s not often a contemporary F1 car pops up in a Gran Turismo game. The last time – in fact, the only time -was back in 2010’s GT5, which featured the Ferrari F10.

GT Sport has remedied that with the inclusion of the W08 (or Mercedes-AMG F1 W08 EQ Power+, to give it it’s full name) that Lewis Hamilton drove to the title in 2017. It’s not the most surprising addition given that Hamilton has been heavily involved with the game, even appearing as a driving mentor.

Big news today guys 🔥So excited to announce that my 2017 Championship winning car, the @MercedesAMGF1 W08 EQ Power+ is now in @thegranturismo! It feels just like the real thing and now it's your turn to jump in the driver's seat! ⚡⚡#GTSport #GTSportJulyUpdate #GranTurismo #GT pic.twitter.com/afsPL4X5LY

Not a fan of Mercedes? Don’t worry, because there’s an alternate version of the W08 which is available in a variety of colours so you can pretend you’re not in a Silver Arrow. Unfortunately, however, the car can’t be painted in a completely custom livery – a shame, but understandable.

You’re also out of luck if you’re a Valtteri Bottas fan – it’s only the No.44 that’s available, not the No.77. Still, having actual modern F1 machinery in the game is definitely a good thing.

It’s the second F1 car to be added to the game alongside Polyphony Digital’s own fantasy car, the F1500T-A, which is heavily based on Ayrton Senna’s Lotus 98T (which was in GT6) and appeared in an update a few months ago.

Along with a selection of road cars, the update also brings with it another couple of legendary racers in the form of the rotary glory of the Le Mans-winning Mazda 787B and iconic Ferrari 250GTO. There’s also a new fictional circuit and a whole host of other decorative bits and bobs.

The best thing is that – like all of GT Sport’s updates so far – the extra content is completely free. Assuming you own the game, anyway… 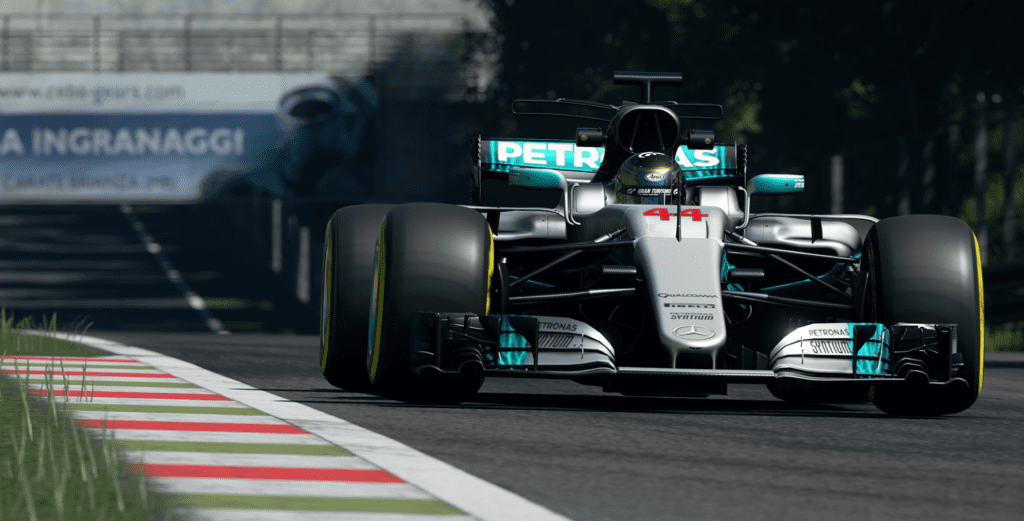