Hartley Explains The Main Differences Between LMP1 and F1 Cars

Hartley, a two-times World Endurance Champion in 2015 and 2017, closed last year’s F1 season with Toro Rosso as a replacement for the under-performing Daniil Kvyat. Now in his first full season at the top of single-seater racing, Hartley has concluded that the biggest difference between the two series lies in F1’s Pirelli tyres over the Michelin rubber used in the WEC. He told RaceFans.net:

“The biggest difference is still the tyre. It’s a completely different beast to get the most out of. [The Pirellis] are more sensitive, more tricky to get everything together because they’re very sensitive. I’m not saying it’s a bad thing, it’s just a very fine line with Pirelli to get everything working.”

“The modern Formula 1 engine is amazing. There’s very complicated things going on the back of the engine and the whole power unit but from a driver’s point of view it’s very manageable and not much to think about behind the car.

“Obviously there’s a few things to manage in the race and behind the scenes but generally speaking there’s not so much to manage for the driver. In LMP1 there’s a lot of energy management per lap where here it’s much less.”

Hartley concluded by saying that the difference in top speed between a Formula 1 car and a Le Mans Prototype is exaggerated by the difference in fuel use restrictions. In 2015, Porsche became the first LMP1 manufacturer to move into 8MJ battery subclass; the trade-off being that the team was required to be more frugal with fuel in comparison to Audi, Toyota, and (for 24 hours…) Nissan.

However, the 28-year-old said that whilst the initial acceleration out of a corner is similar in the two disciplines, F1 cars keep accelerating for longer.

“In LMP1 we were quite starved, especially at the higher end of the scale. Top speed in Formula 1 is a lot higher because we have a lot more fuel per lap. Pure acceleration out of the corner was quite similar. Four-wheel drive and traction control in the LMP1 meant from a low-speed corner there was amazing drive, but a Formula 1 car keeps accelerating.

“An F1 car also has more downforce in high-speed, which also means better potential on the brakes. A lot of the lap time gain in Formula 1 is either high-speed [corners] and top speed. You’re braking from a much higher speed in Formula 1 and the stopping power is very impressive also due to the amount of downforce that we have.”

Porsche recently demonstrated the full potential of the 919 Hybrid, running an unrestricted ‘EVO’ version at Spa-Francorchamps earlier this month, managing to beat Lewis Hamilton’s pole position time for the 2017 Belgian Grand Prix by eight-tenths of a second with a lap time of 1:41.770. Impressive – but don’t expect Formula 1 to take that lying down come August. 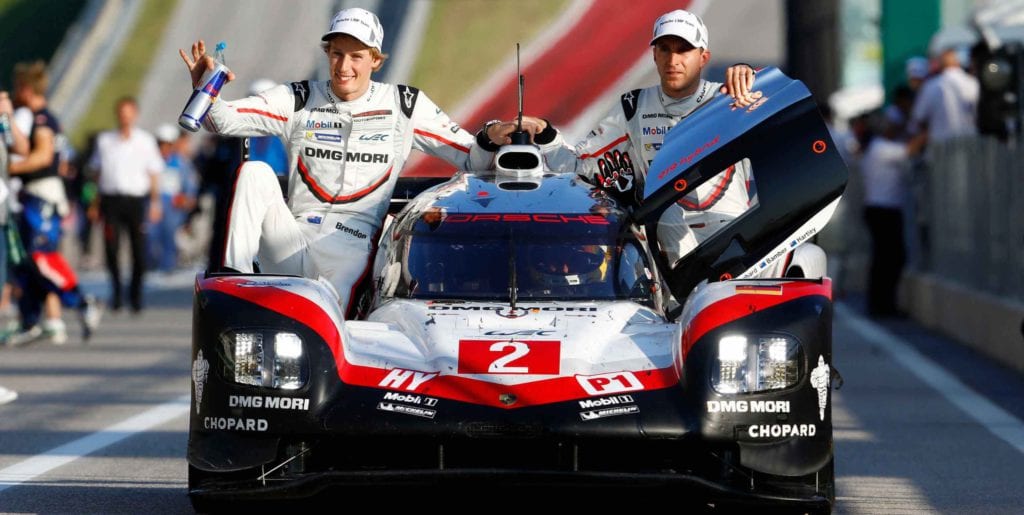