Hartley’s Engineer Tricked Him Into Setting A Great Qualifying Lap

The conditions we saw towards the end of qualifying can be among the most tricky for any racing driver. The on-and-off drizzle and spots of rain on a driver’s visor (or ‘mental rain’ as it’s sometimes known) can sometimes con drivers into thinking the track is wetter than it actually is.

It’d be very easy for drivers to be slightly cautious in that scenario – not ideal in a qualifying situation – so to get the most out of his driver, Hartley’s race engineer Pierre Hamelin came up with a plan to give his driver some extra confidence. Brendon explained to media after the race (as quoted by Autosport):

“All the sessions were tricky because the kerbs are always wet, so it was tricky out there, you had to be very precise. Q3, my engineer told me on the radio that Force India had improved their time, ‘so the track is definitely OK’.

“I’ve now looked at the timing screens and realised that he lied to me. So he gave me good confidence that the first sector was going to be dry and good grip, which was a good thing. I had to have full trust in him.”

It’s been a tough season for Hartley, who’s had a lot of pretty shoddy luck in a season where his set has openly been under threat. Qualifying P6 is a mega result which should put him in a good position to bag a decent haul of points. He knows it, too, and told Channel 4 what it meant to him:

“I was a bit emotional on the in-lap. I don’t normally get emotional, but the build up of crap over the last six months… I know I’ve got better and better every race but the results haven’t always shown it, but today everything came together.

“It felt really good to deliver in tricky conditions on a driver’s track – it was pure pleasure out there driving an F1 car around Suzuka. That’s an experience!”

Pierre Gasly will line up right behind him in seventh, completing a fantastic day’s work not just for Toro Rosso, but for Honda in its home race. The upgraded power unit seems to be doing its job (although Gasly reported some small issues) which led to the team having it’s best-ever Suzuka qualifying.

Can the drivers convert it to a chunk of points on Sunday? It’ll be important if they can, because not only is Sauber just a few points behind Toro Rosso in the constructors’ championship, but beating Force India and McLaren to sixth overall could be a real possibility.

It’s also important for Hartley. With Toro Rosso slim on options to be Daniil Kvyat’s teammate next year, Hartley needs to prove he’s worthy of another year rather than the team taking a gamble on someone else. In Russia, Helmut Marko said Hartley needs to start challenging Gasly if he wants to keep his seat. This is a good start. 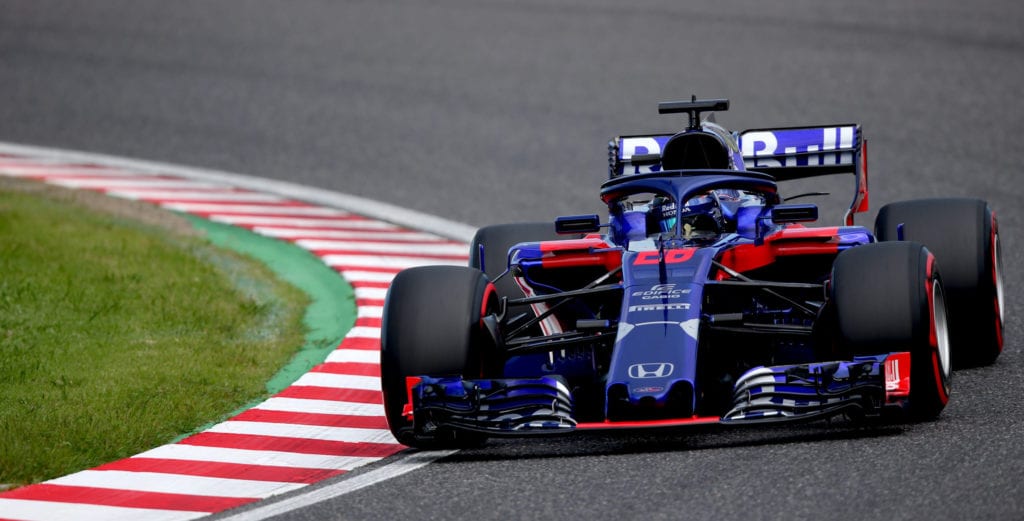