Has Hamilton Set Himself A Target Of Beating Schumacher’s Records? – WTF1
Skip to content
×
Formula 1 , News

Has Hamilton Set Himself A Target Of Beating Schumacher’s Records?

It might initially seem like a bit of a daft question: does Lewis Hamilton want to topple Michael Schumacher’s record of being a seven-time World Champion with 91 Grand Prix victories? Uhh, does Kimi like a drink!?

But really, until winning this fifth title, Hamilton always seemed to content to have emulated his childhood hero, Ayrton Senna. You’d have to imagine that this still stands in a sentimental respect, despite Hamilton beating his records, but he must look ahead to challenge himself. For the first time, speaking at an event for the Mercedes sponsor Hewlett-Packard, Hamilton suggested that beating Michael Schumacher’s records and becoming F1’s ultimate benchmark is now an attainable target.

“I feel like I’m still not at my best. I’m just on the way there, I’ve still got lots of work to do. We’ve just signed for another two years so ’19 and ’20 are going to be interesting. My goal is to make such Ferrari don’t win a championship within those two years – or Red Bull.

“This next month I’m going to sit down and figure out where I can be better. I asked my team to send me an email from several different departments, asked them to be blunt. They don’t even need to tell me who the email’s from, just tell me the things they think I can improve on. If there’s been a certain experience this year you felt that could be better or something I’ve said that’s swayed the energy within the team.

“Because I’m looking to be the all-time great and that means winning in all areas.”

To become the “all-time great” (in terms of numbers, anyway), Hamilton will have to continue to outperform not just current rival Sebastian Vettel but also the incoming and established young guns at other top teams. Max Verstappen is often touted as a multiple champion in waiting and Charles Leclerc’s arrival at Ferrari is massively anticipated after his pace in the Sauber this year. Will these guys be made to wait at least three more years by a five-time champion with sights set on beating Schumacher’s records?

This wasn’t always the target for Hamilton. 12 months ago, after clinching his fourth title, he told media:

“I can’t see it at the moment, four more. It has taken me 10 years to achieve this four. I don’t have that desire to match it. Matching Fangio could be quite cool. Being that I am going to be here for at least another couple of years, that is my goal to try and at least get that.”

So, what’s changed? His team boss Toto Wolff has called Hamilton’s 2018 season his best yet – and it’s certainly hard to pinpoint many mistakes. It has been a near-flawless year for the British driver and he shouldn’t feel like he can’t talk about or aim for the records of Schumacher since they no longer look like an impossible target.

In 2019, Hamilton will be the third-oldest driver on the grid (sorry for making you feel old), yet he remains six years younger than Kimi Raikkonen, who looked invigorated and refreshed in 2018. There’s no reason why Hamilton couldn’t carry on that long if he wanted to.

The prospect of three more consecutive Lewis Hamilton title wins might seem monotonous but based on this year’s evidence, it might be something we have to prepare for. Unless Mercedes suddenly forgets how to build F1 cars, it’s hard to see where the consistent competition will come from. 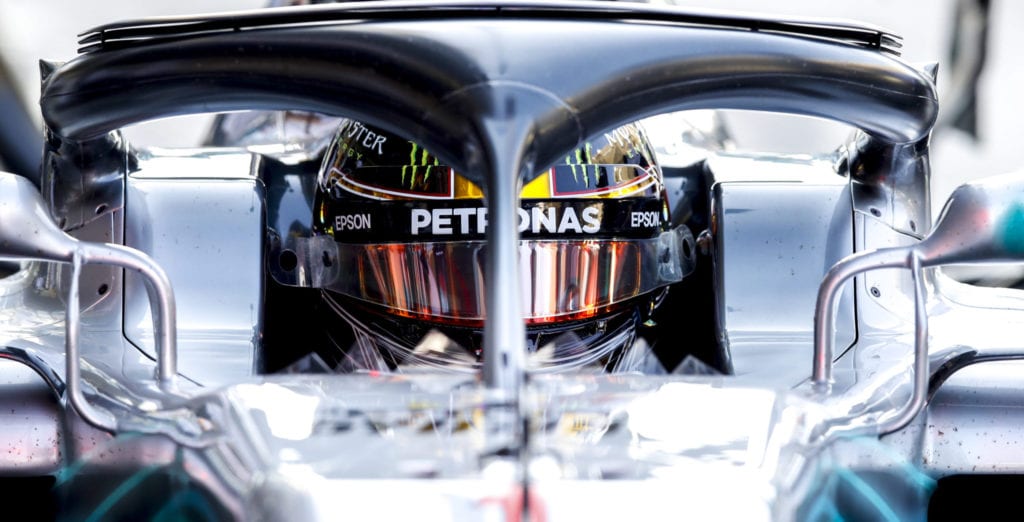