Well, there’s no shortage of controversy and debate about what happened in the British Grand Prix. Even after receiving a 10-second penalty for the first lap contact with Verstappen, Lewis Hamilton won the race.

For Red Bull Motorsport Advisor Helmut Marko, that was not enough of a punishment. He’s called for Hamilton to receive a race ban.

Speaking to Sky Germany after the crash, Marko explained how “you can’t do that with the normal sporting code”.

“I don’t know what the maximum penalty would be, but such dangerous and reckless behaviour should be punished with a suspension or something.

The title rivals come together at Copse, pitching Verstappen into a high-speed crash.

The Dutchman was able to walk away but he has been taken to hospital for precautionary checks#BritishGP 🇬🇧 #F1 pic.twitter.com/ol1s9dRJoa

“If a competitor massively touches our rear wheel with his front wheel, then that’s no longer a racing accident in the fastest corner of the course. That is negligent to dangerous behaviour.”

Team principal Christian Horner didn’t hold back any punches after the race either and has questioned the legitimacy of Hamilton’s victory.

“I’m just very disappointed that a driver of his calibre should make such a move like that,” he told Sky Sports F1 after the race.

Glad I’m ok. Very disappointed with being taken out like this. The penalty given does not help us and doesn’t do justice to the dangerous move Lewis made on track. Watching the celebrations while still in hospital is disrespectful and unsportsmanlike behavior but we move on pic.twitter.com/iCrgyYWYkm

“I don’t care what Lewis says. Have a look on your own analysis. Draw your own comparison. For me, that’s a hollow victory.”

When asked if he felt the 10-second penalty was enough, he responded, “It wasn’t much of a penalty really, was it?”

Do you agree with Marko? 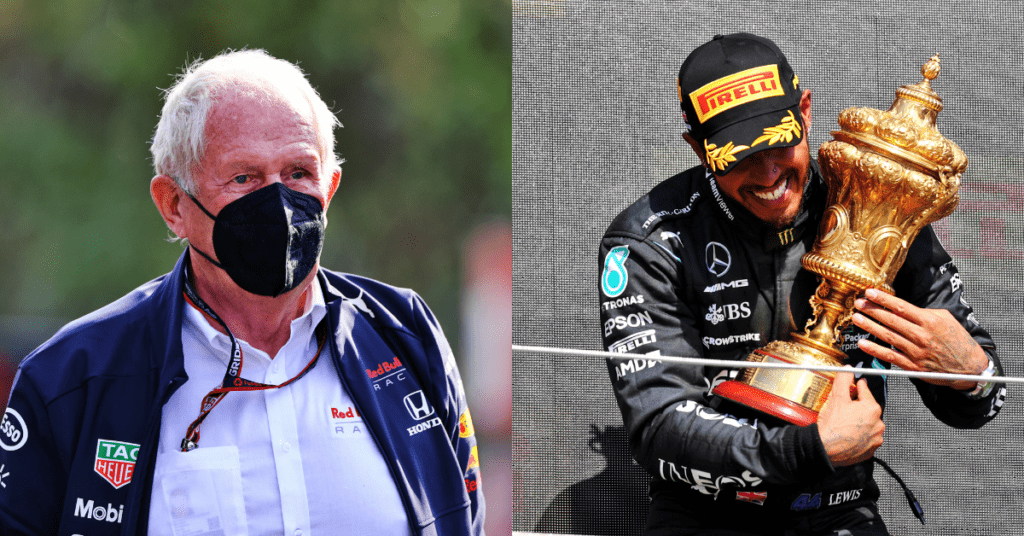