Here Are All The Drivers Taking Part In The Bahrain Test This Week – WTF1
Skip to content
×
Formula 1 , News

There’s not a whole lot of time for teams to relax (or rebuild) following the madness of the Bahrain GP as they’ll be spending Tuesday and Wednesday getting in some valuable testing.

As usual with the in-season tests, teams have to set aside two of the four days (the other test will take place in Barcelona after the Spanish GP) for young drivers who’ve competed in fewer than two races. For some teams, that’s a bit of an advantage.

Mercedes will put Lewis Hamilton in the car on Tuesday, while Wednesday’s running will be taken care of by Mercedes junior driver, George Russell. With two starts to his name, he still qualifies as a young driver, so it makes sense for Mercedes to utilise him while it can. For Russell, it’ll probably also be a bit of a culture shock coming from the Williams – maybe he’ll be able to take back a bit of knowledge…

Ferrari is where all the hype is going to be as Mick Schumacher gets his first run behind the wheel of a modern F1 car having kicked-off his maiden Formula 2 weekend with a couple of solid points finishes. Sebastian Vettel will then take over on Wednesday.

Over at Red Bull, it’s Max Verstappen who’ll drive on Tuesday before Red Bull Junior Dan Ticktum finally gets to test for the team after being denied the chance by the FIA last season. Renault sees Daniel Ricciardo in the car on Tuesday with Jack Aitken getting some mileage in the R.S.19 on Wednesday, while at Haas it’ll be Romain Grosjean on Tuesday, with team test driver Pietro Fittipaldi taking over the second day.

McLaren is one of two teams which will be running two cars – one for itself, and another on behalf of Pirelli for tyre testing duties. The regular McLaren will see Carlos Sainz doing half a day on Tuesday with Lando Norris doing the rest of time and the team are taking advantage of him having just two race starts. Sainz will also do half a day in the Pirelli McLaren, but the rest of the running will be done by a certain Fernando Alonso, who gets his first chance to try out the car he decided not to race this year.

Although the team isn’t allowed to make any additions or changes to the Pirelli car and the tyre manufacturer effectively runs the programme, McLaren is still well-placed to benefit from the knowledge and feedback of the double world champion.

At the other end of the scale, Racing Point will run Lance Stroll on Tuesday and Sergio Perez on Wednesday, meaning it will have to run a young driver on both days of the Barcelona test.

Tuesday for Williams will be split between Russell and Robert Kubica, while reserve driver and F2 winner from the weekend Nicholas Latifi takes over on Wednesday. Alfa Romeo is the only team yet to announce who’ll be driving – Schumacher will be making the switch from Ferrari for Wednesday, but with fellow young driver Callum Ilott already slated to drive the car in Barcelona (therefore meeting Alfa’s young driver quota), it’s probably safe to say that Tuesday will be taken care of by either Kimi Raikkonen or Antonio Giovinazzi. 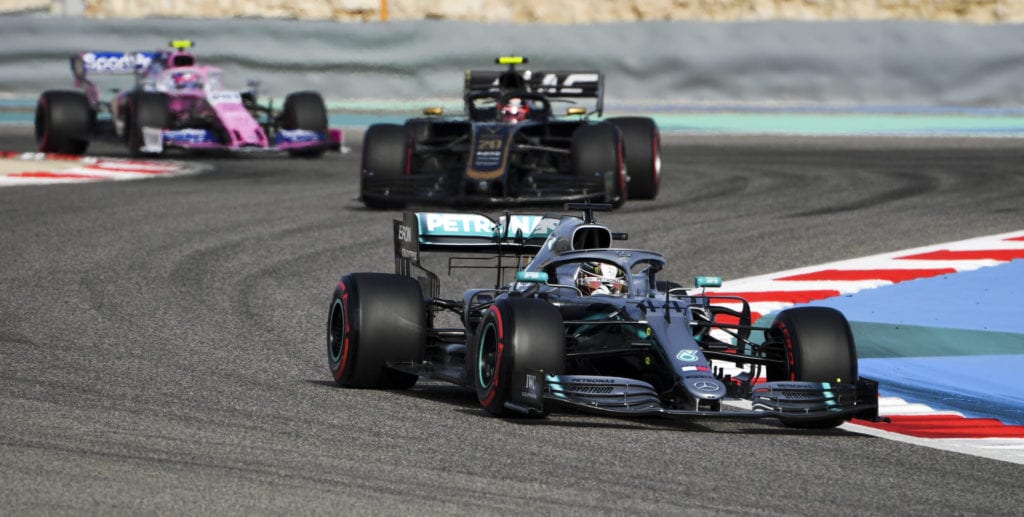