Here Are All The Special Helmets For This Weekend’s Monaco GP – WTF1
Skip to content
×
Design , Formula 1 , Gallery
4 comments

Monaco is always referred to as the ‘jewel in the crown’ when it comes to the F1 calendar. It’s one of the most historic and challenging circuits in motorsport, and as a result the F1 race weekend is a pretty special occasion. It’s for that reason, the drivers love celebrating the Monte Carlo madness with a new helmet design.

Here are some of the new different helmet designs from the 2021 grid for this weekend’s Monaco Grand Prix.

There’s new helmet designs for both the Williams drivers this weekend, but the emphasis isn’t on Monaco. Williams will be celebrating their 750th race here, and the duo of Russell and Nicholas Latifi have had special race helmets made to celebrate that occasion.

“This one is for everybody who’s been part of the Williams Racing journey,” George tweeted. “750 races and counting.”

Latifi explained his 750 races helmet design was “a tribute to the amazing history and accomplishments this team has.”

As for the helmet design itself, it’s a similar pattern to his 2021 helmet. However, this race it has got more of the blue and yellow that is synonymous with the team’s heritage. It also includes the years in which the team earned their constructors’ championships.

Bottas has brought in help from his girlfriend, cyclist Tiffany Cromwell, for his Monaco helmet design.

Both Norris and Daniel Ricciardo will be wearing retro helmets this weekend in a move that’s linked to their special one-off Gulf livery. Both helmets will be raffled off for McLaren’s mental health charity, Mind.

For Lando, he’s gone proper old school with some painted racing googles above his visitor and faux stitching details to look like an old leather racing helmet.

The Honey Badger is certainly at home in Monaco. It’s the circuit he’s scored the most championship points at in his F1 career and he’s one of only a few that have tasted that sweet taste of victory around these Monaco streets. He’s made that clear with a quote on the back of the helmet that reads “these are my streets”. Fighting talk. We love it.

As well as Lando, Ricciardo’s helmet will be raffled off for the Mind Charity.

The Ferrari driver is racing at his home circuit this weekend, and has used his racing helmet as an opportunity to pay his respects to Louis Chiron – the last Monegasque to have ‘won’ the Monaco Grand Prix in 1931.

Chiron won the race in his Bugatti, however the event is not classified as an official F1 Grand Prix. There are hopes that Leclerc can bring an end to his bad luck and disappointing results in Monaco this weekend, having never finished his home race before.

Gasly has gone gold for Monte Carlo. Switching up his normal helmet design, the white stripe has now been replaced with a bold gold. Although these white box images don’t do it justice, it certainly looks awesome when it’s in the glorious Monaco sunshine.

At least now we might be able to tell Gasly and Yuki Tsunoda apart!

Vettel has used Monaco as his first race to show off a new helmet design at Aston Martin. As an ambassador for BWT, the design of the helmet has remained the same as his normal one but is now in a shiny chrome.

Which helmet design is your favourite so far? Let us know in the comments below.

[This article will be updated] 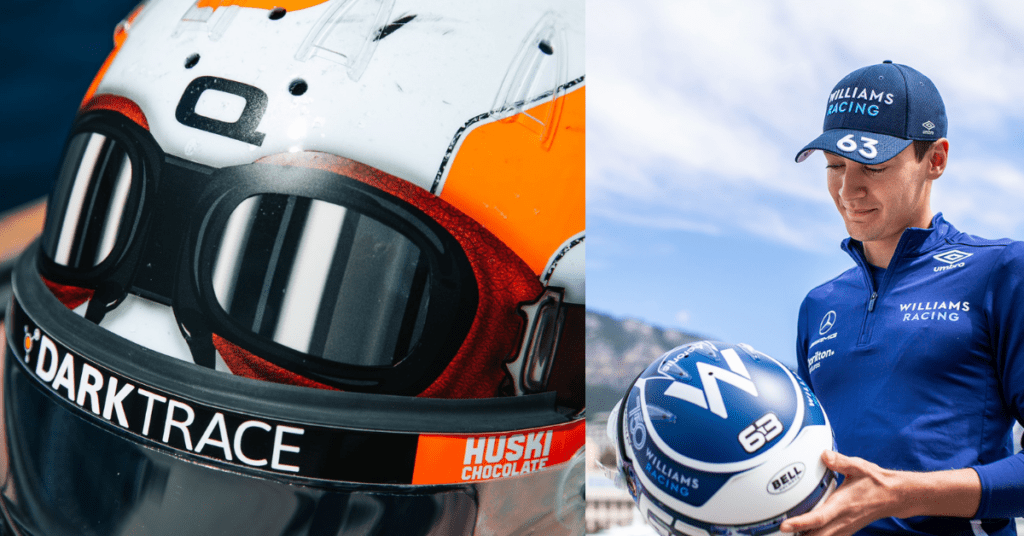