Here Are All The Special Monaco Racing Helmets In F1 This Weekend – WTF1
Skip to content
×
Design , Formula 1 , News
2 comments

If there’s a race on the F1 calendar to show off a new helmet design, the streets of Monaco is probably the place to do it!

Many drivers have decided to swap their traditional helmet designs for something a little more unique for the principality.

The hometown hero will look to end his run of bad luck at home this weekend with this one-off Monaco GP helmet. Could it help Leclerc break the curse? We certainly hope so!

This crystal inspired design will join Hamilton for his 15th Monaco Grand Prix. With a stellar performance in Spain, could the seven-time world champion make a return to the top this weekend?

The Red Bull driver is taking his trip to Monaco as a chance to pay tribute to legendary Mexican F1 driver – Pedro Rodriguez.

Rodriguez spent ten years in F1 from 1961-to 1971, collecting four wins and 25 podiums! Could Perez add to the Mexican tally this weekend?

Checking out @SChecoPerez’s tribute lid from every angle 📐🇲🇨 pic.twitter.com/802wZaAETK

With the circuit just a short trip from Bottas’ front door, it’s about time we got a special helmet design from the Flying Finn! Is a podium finish possible in Monaco?

He might still be feeling poorly after getting tonsillitis in Spain, but Lando had rocked up to Monaco with another funky helmet design. The half-by-half style is cool and classic on one side and full on party mode on the other!

Going for gold!! Gasly’s gone for a golden version of his normal helmet this weekend which looks fit for a king!

Well I guess now we know Alex’s favourite part of the Monaco circuit! The famous fairmont hairpin is the centre piece for Albon’s Monaco themed helmet. Could this be where we see some rare Monaco overtakes?

Who do you think has the coolest design? Let us know! 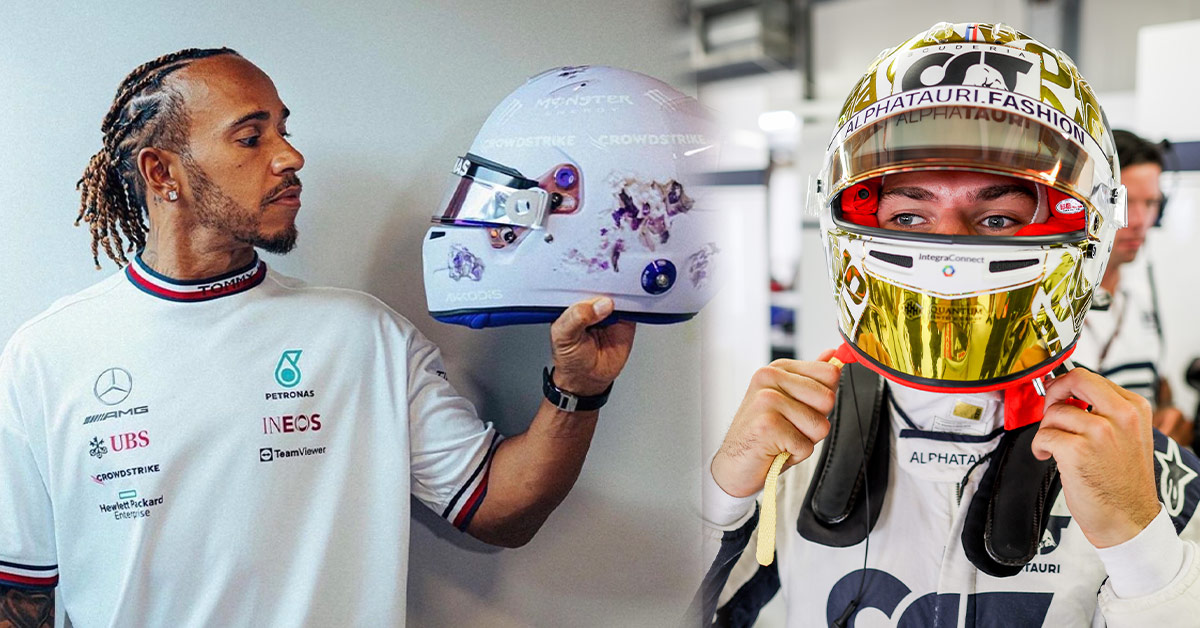