Here Are Race Highlights From An Action-Packed Paris ePrix

Sebastien Buemi stormed to a clear victory at the Paris ePrix, looking in a league of his own while rivals suffered problems or made mistakes.

He had to contend with two safety cars and a full-course yellow, though, due to numerous on-track incidents, including a collision between Lucas di Grassi and Antonio Felix da Costa.

Di Grassi tried a move around the outside of da Costa but moved across the circuit in the braking zone, when da Costa was still alongside, sandwiching him between the Abt car and the barrier.

Somehow, di Grassi thought he was clear of da Costa and just turned in – continuing to take the corner even when it must’ve been clear the Andretti car was still there.

Di Grassi naturally blamed da Costa for the incident, and da Costa blamed di Grassi (which, to us, seems the right way round). It sparked a full-course yellow and early pitstop phase.

Other incidents included a broken steering rack shunting Jean-Eric Vergne out of second place, and di Grassi crashing later in the race while gunning for fastest lap. 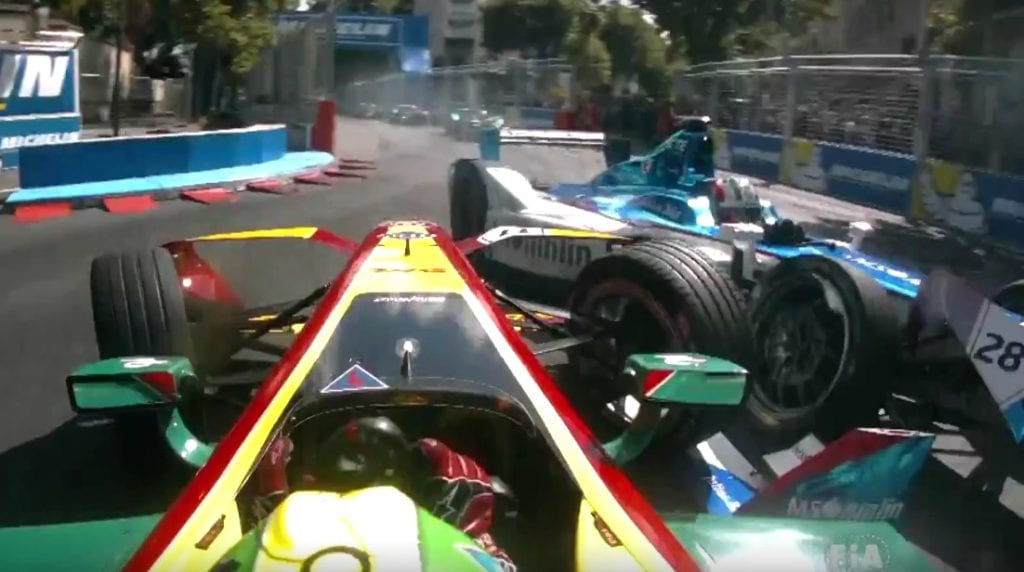