Here Are Ricciardo And Hulkenberg Having A Nerf Fight For Some Reason – WTF1
Skip to content
×
Formula 1 , Fun , WTF

The biggest question mark over Ricciardo leaving Red Bull for Renault wasn’t why he did it or whether it’d turn out to be a smart move. Oh no, the real tension was over whether it would mean the end of him starring in funny video clips – after all, Red Bull is pretty good at that.

We needn’t have worried because for some reason, Renault decided to have an office Nerf war with Ricciardo and Hulkenberg and make a short video of it. Why? Who cares!

You’ve gotta feel sorry for whoever had to pick up all those spent darts.

Ricciardo seemed to enjoy it, though!

Not gonna lie. This was the most fun I’ve had since prom night. https://t.co/UjiFxKRlHs 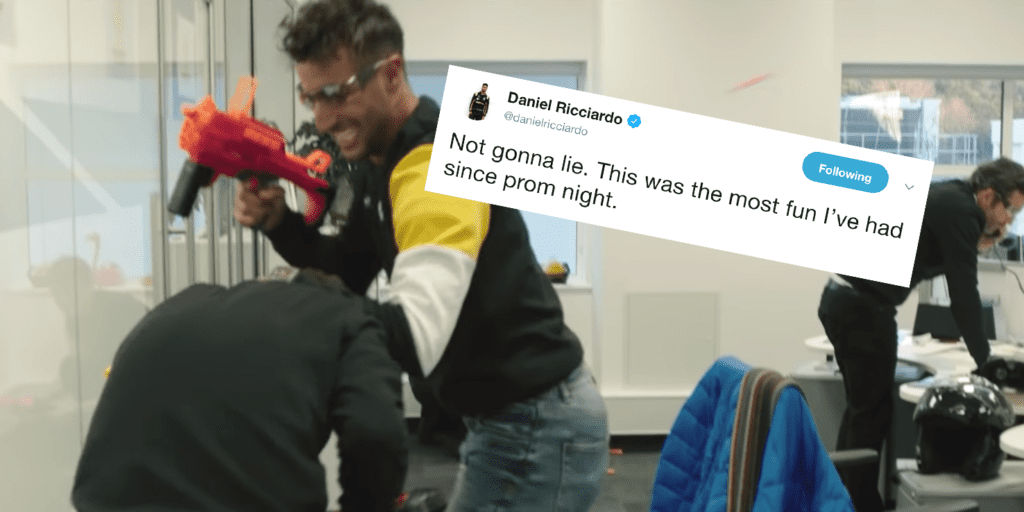