Lewis Hamilton was fastest in qualifying for the 2021 Turkish Grand Prix and would have taken pole at a 31st different circuit, if not for a ten-place grid penalty. Instead, Valtteri Bottas inherits pole position from his team-mate. It makes Mercedes the fifth different team to take pole at Istanbul Park, while Bottas will be the sixth different driver to start from the front of the pack in Turkey. 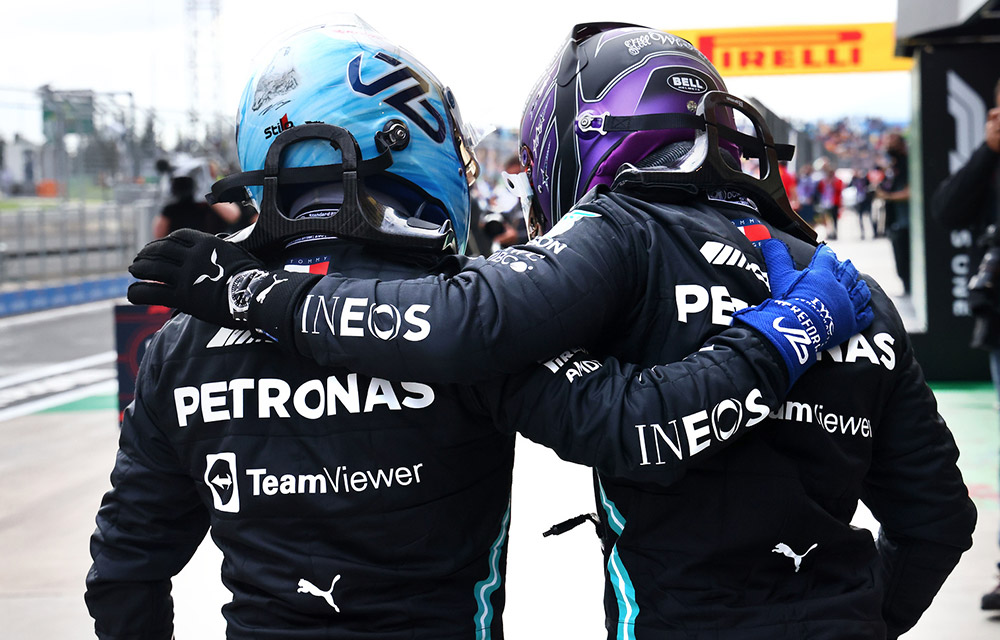 This is Bottas’ 18th pole position, which sees him move ahead of Jackie Stewart for 18th in the all-time list of F1’s most prolific polestiters. Impressively, Bottas draws level with Rene Arnoux’s record for most pole positions for a driver who has never won the World Championship.

Ferrari seemed to have good pace in the practice sessions, and Charles Leclerc delivered a lap in Q3, which was good enough for fourth place. With Hamilton’s penalty applied, Leclerc moves up to start within the top three grid slots for the third time this year. He was also in the top three at the Azerbaijan and Monaco Grands Prix – though he failed to start the latter race. 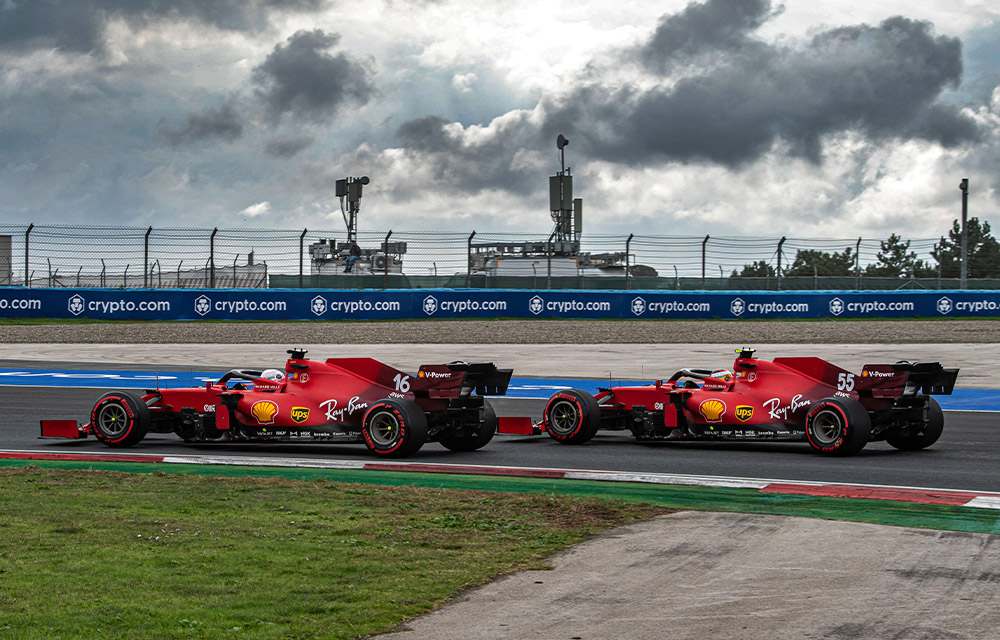 On the other side of the Ferrari garage, Carlos Sainz failed to set a lap time in Q2 and qualified fifteenth. He was already consigned to start from the back of the grid due to a power unit penalty. The encouraging news for Sainz is that he has scored points in all of the last three races in which he started 20th on the grid – including with his maiden podium finish at the 2019 Brazilian Grand Prix.

For a second consecutive race, Fernando Alonso qualified in sixth place. Hamilton’s penalty sees Alonso promoted to fifth on the final grid. It’s his best starting position since he started fifth with Ferrari at the 2014 Japanese Grand Prix.

Until today, the 2014 Singapore and Japanese Grands Prix were the last time that Alonso qualified in the top six at consecutive races!

Mick Schumacher celebrated his best qualifying result to date with 14th place. It was the second time he had reached Q2, but the first time he had competed in the session. He was unable to participate in Q2 at the French Grand Prix due to a crash after setting his fastest Q1 lap time. 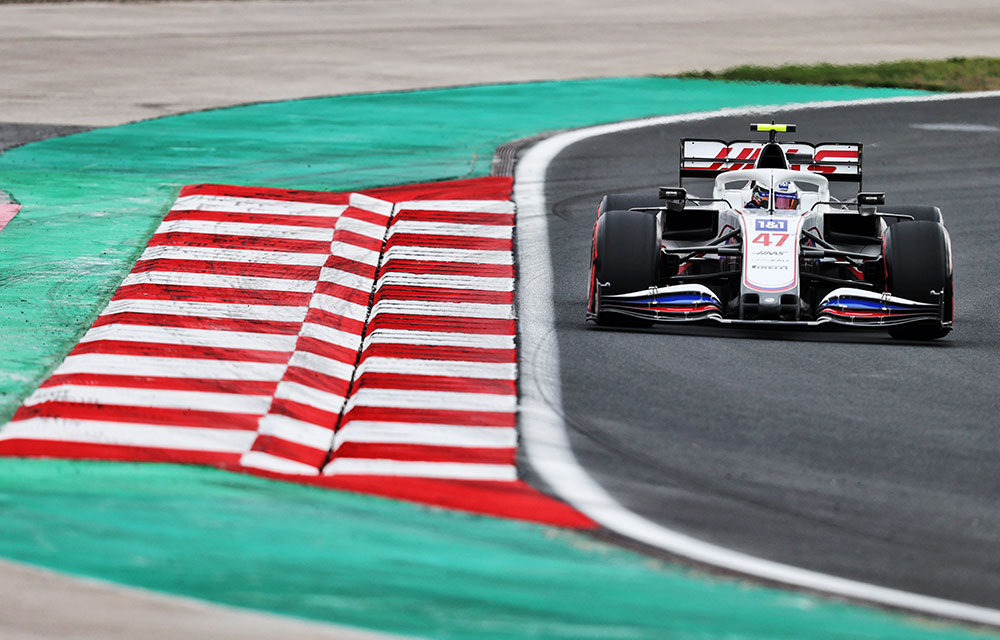 RICCIARDO OUT IN Q1

Daniel Ricciardo was disappointed to exit in Q1, qualifying only sixteenth. The Australian recorded his and McLaren’s second Q1 elimination of the 2021 season. Ricciardo also qualified sixteenth at the Portuguese Grand Prix.

Ricciardo’s Q1 exit marks only the second time a McLaren driver has failed to get through to Q2 in Turkey. Lewis Hamilton is the only other driver to record a Q1 exit for McLaren in Istanbul. He also qualified sixteenth with the team back in 2009.

WHAT A DIFFERENCE A YEAR MAKES 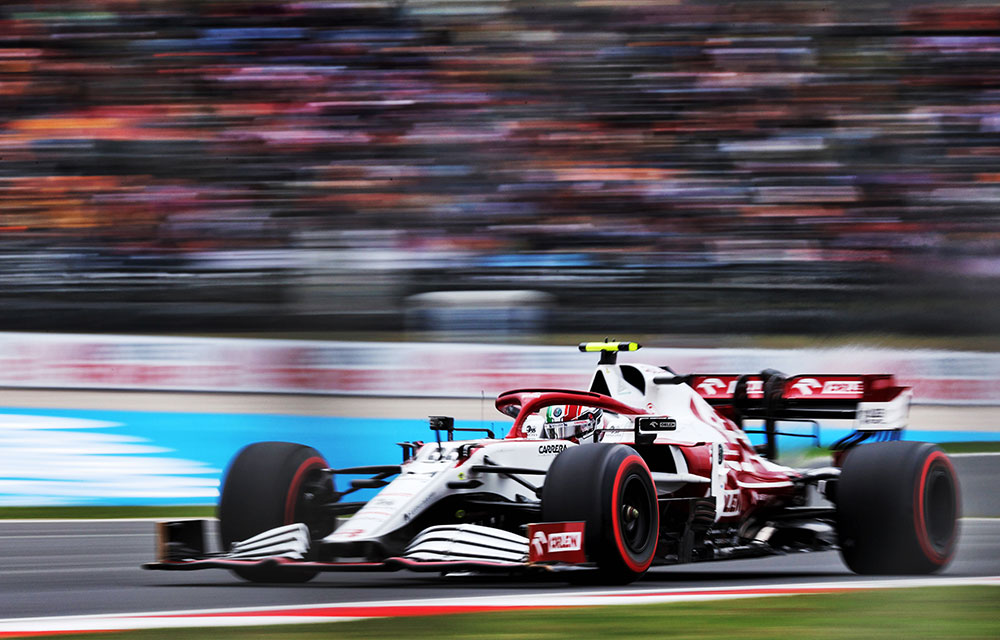 Before today, the former Sauber team had recorded only one Q1 exit in Turkey. That was for Kamui Kobayashi, who failed to set a lap time in qualifying for the 2011 Turkish Grand Prix. The Japanese driver started 24th and last on the grid for that race but still picked up a point after finishing tenth. It’s the furthest back grid position from which a point has been scored in Turkey. Perhaps there’s still hope for Raikkonen and Giovinazzi in tomorrow’s race!

Have you spotted any interesting statistics from qualifying at the Turkish Grand Prix? Leave a comment below! 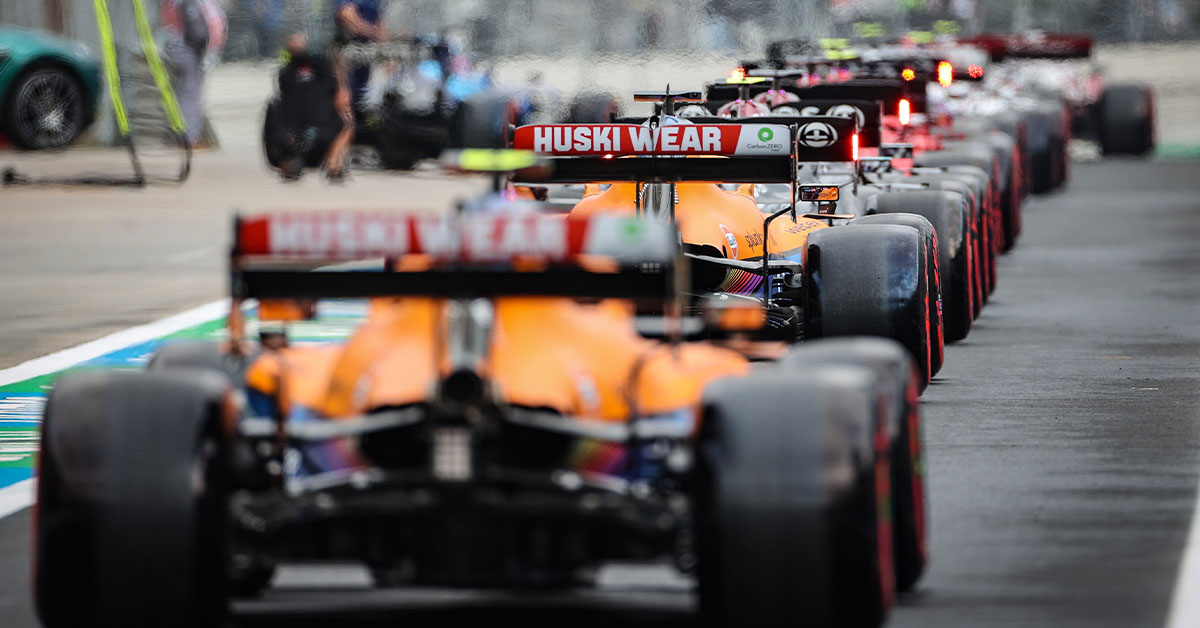