Here Are Some Of The Wildest Facial Hair Choices From The Current F1 Grid - WTF1
Skip to content
×
Formula 1 , Fun

To celebrate Movember, WTF1 have looked back at some of the good, the bad, and the truly ugly facial hair choices from the current F1 grid over the last few seasons. Which is your favourite?

Of course, we couldn’t start this gallery without first mentioning Bottas’ recent moustache that he previewed at the last race in Imola. The tash suddenly appeared on race day to raise awareness of the Movember charity movement.

We did have to do a double-take, as we first thought someone had switched Bottas out for 1982 F1 World Champion Keke Rosberg.

Vettel has made some pretty questionable decisions in the past when it comes to bleaching his hair or going for the most dramatic undercut hairstyle we have ever seen, but it was when he debuted this moustache at the 2o19 Bahrain Grand Prix, everyone began to wonder what was going to come next. The impressive facial hair, which looks photoshopped, could well have been a tribute to former Ferrari driver Mansell.

It’s a solid effort from Lance Stroll, however he is giving off some strong Hollywood villain vibes.

Okay, so we know this one isn’t real but we think Sergio could totally rock this look. At the previous Mexican Grand Prix, there have been pop-up barbers in the paddock to encourage the gentlemen to get involved in this special Movember cause.

How could we forget this iconic moment from 2018? Charles Leclerc and then-teammate Marcus Ericsson played a game of ‘pin the moustache’ on the poster with both being ‘blindfolded’. Leclerc managed to stick his chosen moustache perfectly on his face making everyone suspicious that he could actually see what he was doing. He promised he couldn’t see and was as surprised as the rest of us when he got it spot on.

Another meme was born.

When discussing moustaches with Lewis Hamilton at a British Grand Prix press conference, Norris suddenly found himself the victim of an impromptu roasting when Daniel Ricciardo went on to ask if he had grown any pubes yet.

Since then, Lando Norris has discovered a new way to walk around the paddock with an impressive beard and moustache combination. In the Sky Sports F1’s ‘Twitch Quartet Quiz’, Norris was gifted a face mask with Leclerc’s face on it. “I have got a beard for the first time,” Lando says with pure excitement when he puts on the mask.

You knew this one had to wait until last. The king of the most shocking and questionable facial hair possibly in F1’s history.

If you would like to get involved with Movember, or donate to the charity, please click here for more information.

Movember is a leading charity changing the face of men’s health – helping raise vital funds and awareness to tackle mental health and suicide prevention, prostate cancer and testicular cancer. Please visit https://uk.movember.com to see how you can get involved. 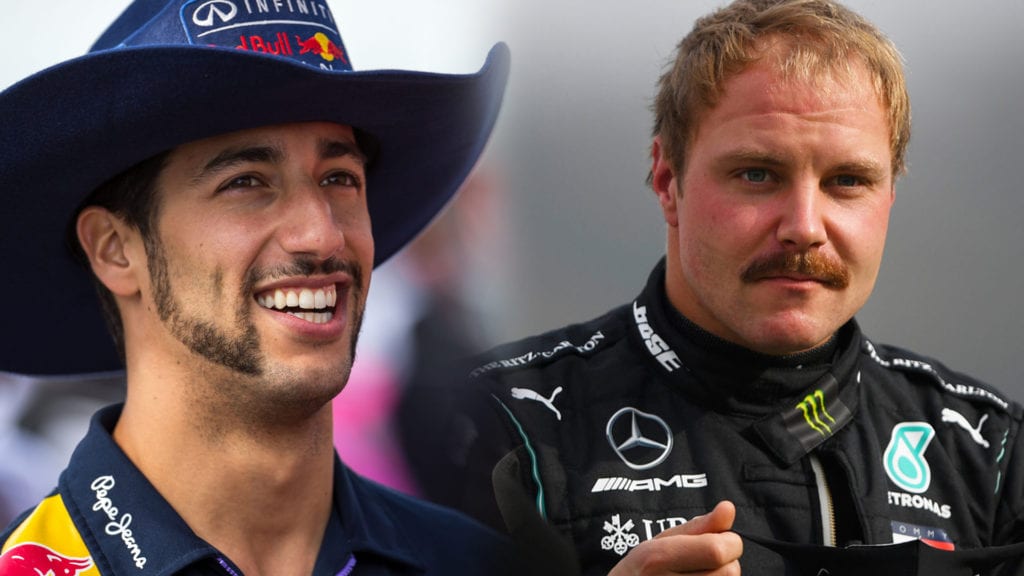