Here Are The Best Motorsport April Fool’s Jokes And Pranks

Each year, the 1 April means one thing – we all get sceptical about everything we see on the internet, aware that it could well be a prank or joke.

It was no different this April Fool’s Day for the motorsport world, with plenty of hilarious and cool jokes from racing championships, teams and tracks.

In the UK it’s tradition for April Fool’s pranks to end at 12pm so with midday now in the past, here’s a look at the best motorsport jokes from the 1 April in 2017.

Some FIA World Endurance Championship teams got in on the fun by pranking their drivers as they were in a briefing at the Monza pre-season test. AF Corse swapped their Ferrari 488 GTEs with Chip Ganassi’s Ford GTs and the drivers certainly found the funny side.

Silverstone took things to another level with a prank involving BTCC champ Jason Plato, F1 driver Jolyon Palmer, ex-F1 racer David Coulthard and Williams’ Rob Smedley. They all helped announce a change to the 2017 British GP, with the track being run in the opposite direction. It was done so well, we’re not surprised a few people got caught out…

Formula E merged the tech of a racing car steering wheel with the adorableness of emojis. This created the ‘emoji steering wheel’ to be trialled during the Mexico City ePrix. If only this was real, but sadly it isn’t. Motorsport needs more emojis though, let’s be honest.

The Renault Formula 1 team chose the 1 April to uncover a world first – the F1 hatchback. The RS17 Hayonara combines the speed and performance of an F1 car with the practicality and boot space of a car. Perfect, right?

Lewis Hamilton chose the worst possible day to announce his retirement from F1, because everyone thought it was a joke. He shared the post above on Instagram, although the caption gave it away…

We all know McLaren has been struggling for a big new sponsor but after a few Wispas, Badger GP broke the Dream news of a partnership with confectionery giant Cadbury. The announcement piece was full of amazing puns and the MCL32 does look pretty cool in purple. Well, we think so anyway.

The Castle Combe race track in England revealed it’s plans to relocate the whole circuit to the town of Twatt on the Orkney Isles due to the uncertainty of Brexit. There’s a three-part phase to transport the track over 700 miles to its new location. It’s slated for completion in 2020.

Of course, we had to get in on the fun too by helping break the news of Fernando Alonso’s F1 exit after just one race of the 2017 season – complete with very serious TV news broadcast and a man in a skirt… 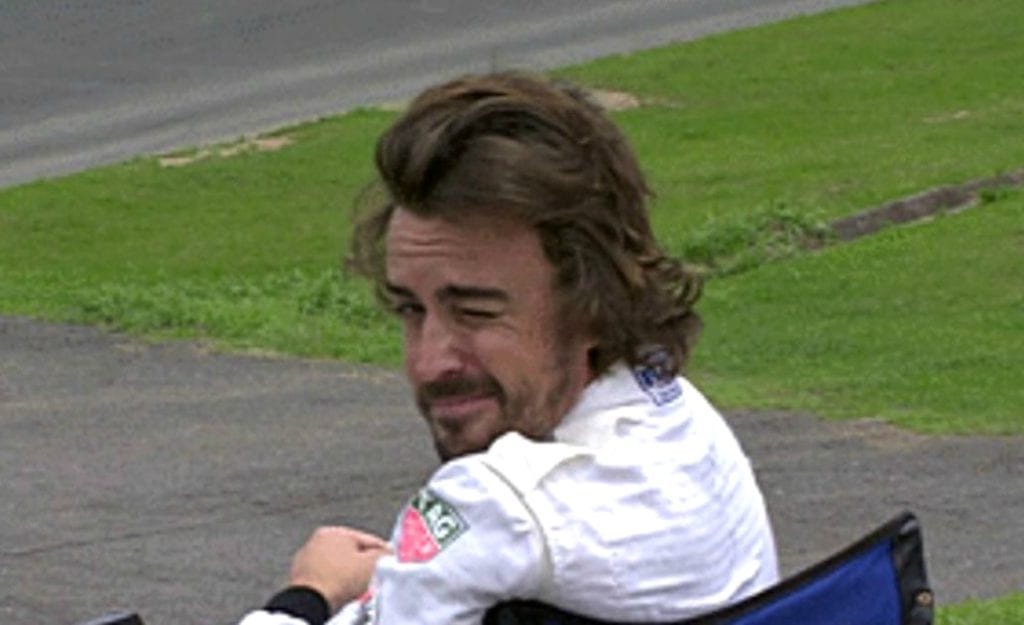