Heading into the F2 Championship finale at Abu Dhabi, Oscar Piastri could break records by achieving his third title in as many years. We took a trip down memory lane to see the last 10 drivers who took home the title, some you might recognise, others not so much. 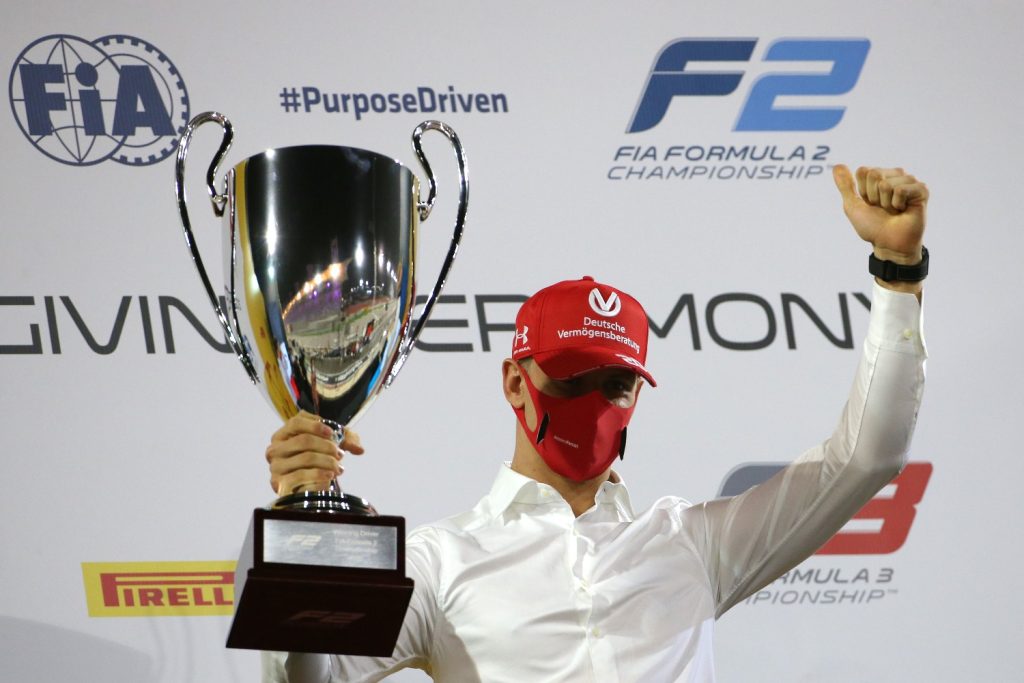 The most recent F2 Champion fended off fellow Ferrari junior Callum Ilott to reign victorious after the final feature race in Abu Dhabi, with two feature race wins and 10 podiums. Promoted to F1 with Haas for 2021, Schumacher has consistently outqualified and outperformed his teammate Nikita Mazepin.

Despite crashing, the German driver reached Q2 for the first time at the French Grand Prix and repeated the feat at Turkey to qualify 14th, his highest qualifying position so far. His best race result came at Hungary where he finished 12th. 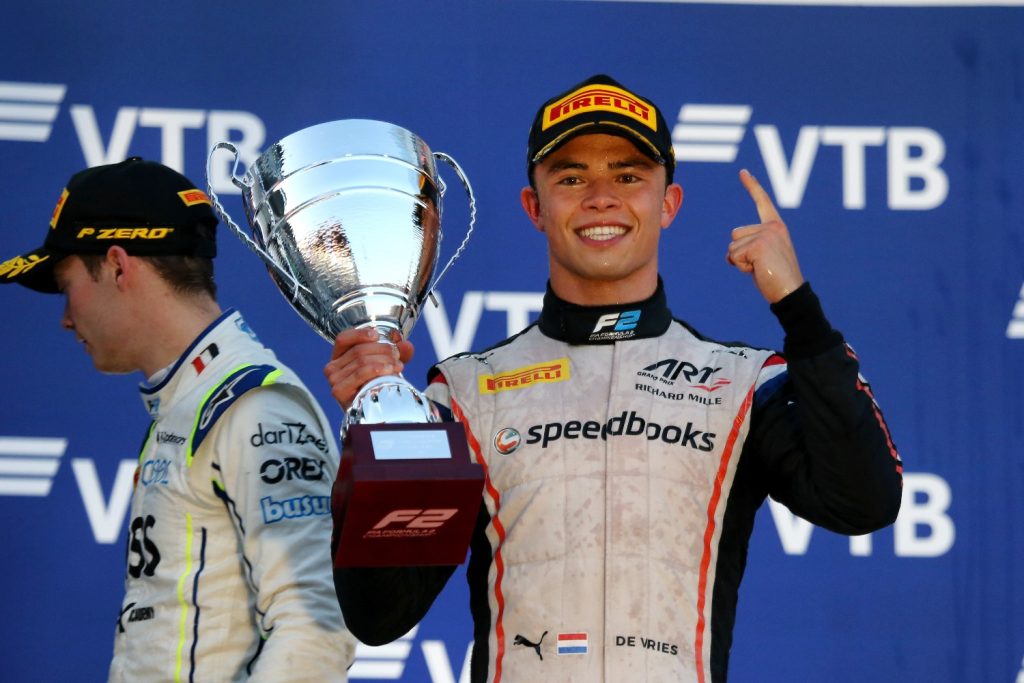 Four victories and 12 podiums was enough to seal the title, however, it was second-place Nicholas Latifi who graduated to F1 rather than him.

Instead, de Vries became Formula E’s first World Champion this season and the first Dutch single-seater champion (sorry Max), taking two wins and four podiums for Mercedes-EQ. One of Mercedes’ reserve drivers alongside teammate Stoffel Vandoorne, he has also competed in LMP2 and is participating in an IndyCar test this month. 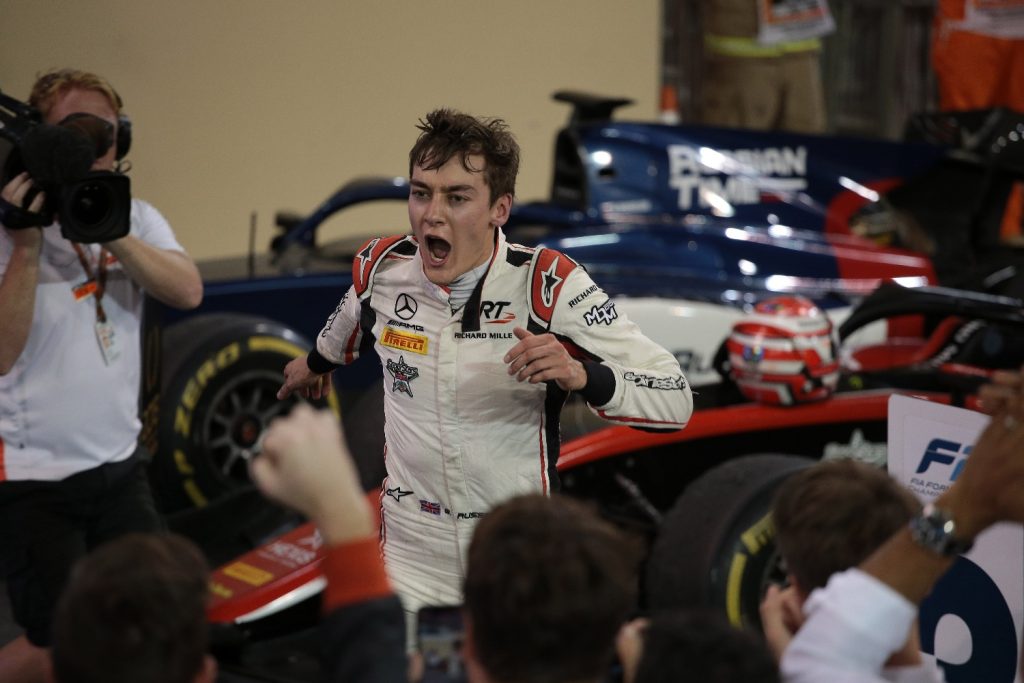 One of only two back-to-back GP3/F2 Champions alongside Charles Leclerc, George Russell beat Lando Norris and Alex Albon to take the championship in his rookie campaign with seven wins and 11 podiums.

Stepping up to F1 with Williams for 2019, he became the only driver not to score a point. Points finally came at last year’s Sakhir Grand Prix, as a last-minute stand-in for Lewis Hamilton after the Mercedes driver tested positive for Covid-19. Narrowly missing out on pole, Russell almost took his maiden win when his pit crew accidentally put the wrong tyres on his car and he eventually finished ninth.

In 2021, ‘Mr Saturday’ reached Q3 for the first time with Williams in Austria and scored his first points for them in Hungary. The very next race in Belgium, he qualified second. Wet conditions saw the race start and finish behind the safety car, awarding him his first podium finish and he’ll be replacing Valtteri Bottas at Mercedes for 2022. 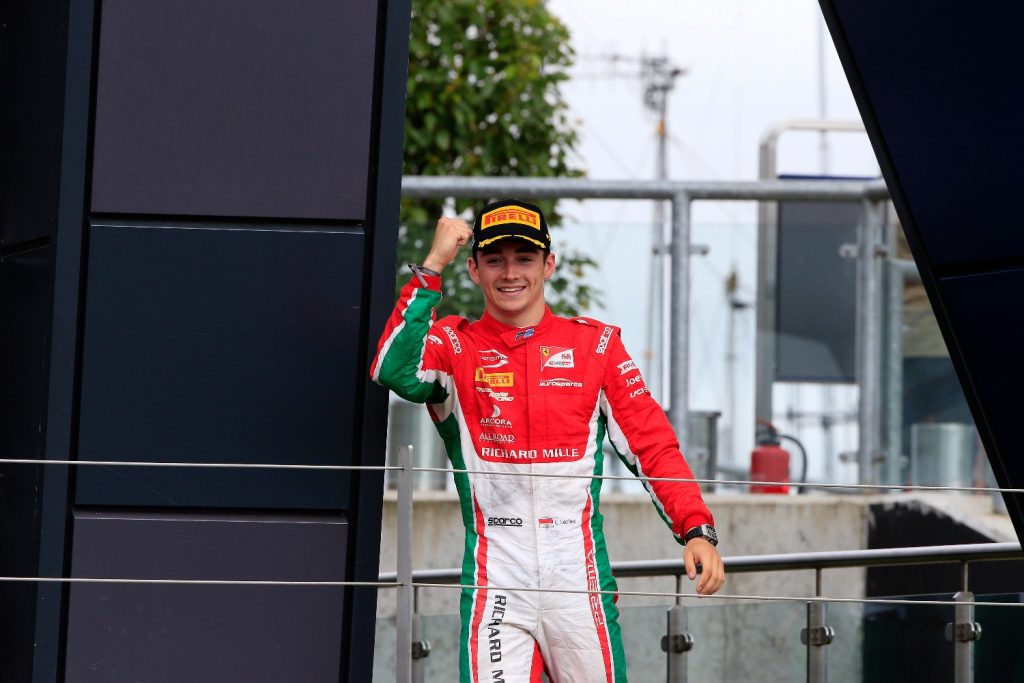 The Monegasque driver became the first champion of the F2 era, achieving seven wins and 10 podiums across his rookie campaign. A standout being the Bahrain Sprint Race, where Leclerc made an unusual pit stop and overtook 13 cars to take victory on the final lap.

Joining Sauber for 2018, he scored his first points with sixth in Baku and outqualified his teammate Marcus Ericsson 17-times in 21 races to finish 13th in the drivers’ standings.

He was promoted to Ferrari for 2019 and qualified on pole on his second appearance for the Prancing Horse in Bahrain, losing out on a maiden win due to a failed fuel injector but Leclerc still claimed his first podium in third.

Back-to-back wins in Belgium and Monza saw him become Ferrari’s youngest-ever race winner and Leclerc also achieved seven pole positions, the most of any driver that season. A tough 2020 for Ferrari saw him finish eighth in the standings, but improved pace means he sits fifth in the standings at the moment on 158 points. 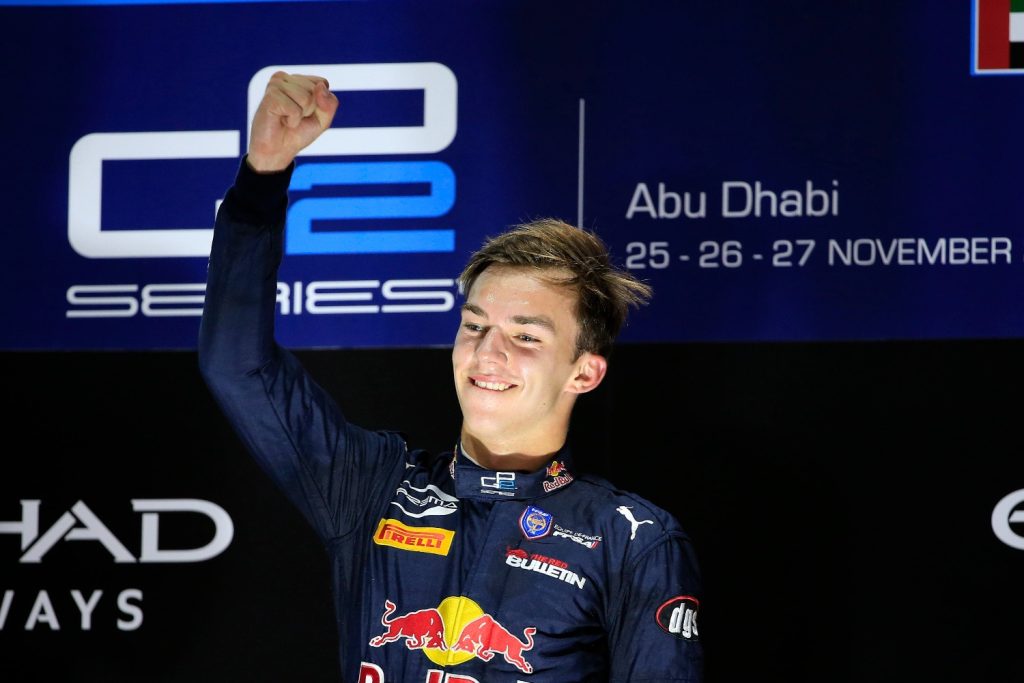 Pierre Gasly beat his teammate Antonio Giovinazzi by eight points to become the final GP2 Champio, with four wins and nine podiums. The Red Bull junior then made a one-off appearance in Formula E and finished second in the Japanese Super Formula in 2017, before replacing Daniil Kvyat to make his F1 debut with Toro Rosso at the 2017 Malaysian Grand Prix.

Retained for 2018, he scored his first points with a fourth-place finish in Bahrain and was promoted to Red Bull for 2019, but he struggled to match Verstappen’s pace. Replaced mid-season by Alex Albon, he returned to Toro Rosso and held off Lewis Hamilton in drag race to the line to claim his first podium with second in Brazil.

Staying with the rebranded AlphaTauri for 2020, Gasly became the first French driver to win a race since 1996 with his victory at the 2020 Italian Grand Prix. Currently, he sits ninth in the championship following a third podium in Baku this season. 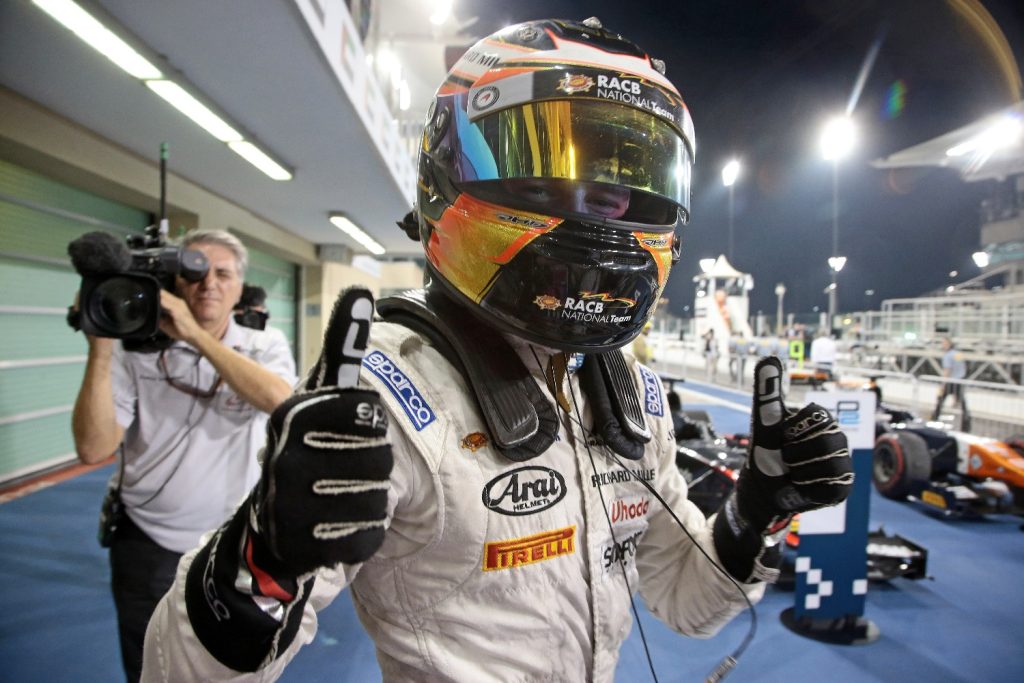 Holding the record for the biggest points haul in GP2/F2 history on 341.5 points, Stoffel Vandoorne claimed the title with four races remaining,

At the 2016 Bahrain Grand Prix, he stood in for McLaren’s Fernando Alonso and finished 10th on his debut. Signed by them for 2017, he endured an uncompetitive car, scoring 26 points in 41 starts. Struggling to match Alonso, Vandoorne was dropped at the end of 2018.

Switching to Formula E for 2018-19, he joined Mercedes EQ the next season and finished second in the championship. Additionally, he became a Mercedes reserve driver but missed out on an opportunity to replace Hamilton in Sakhir last year, as the team opted to draft in George Russell instead. 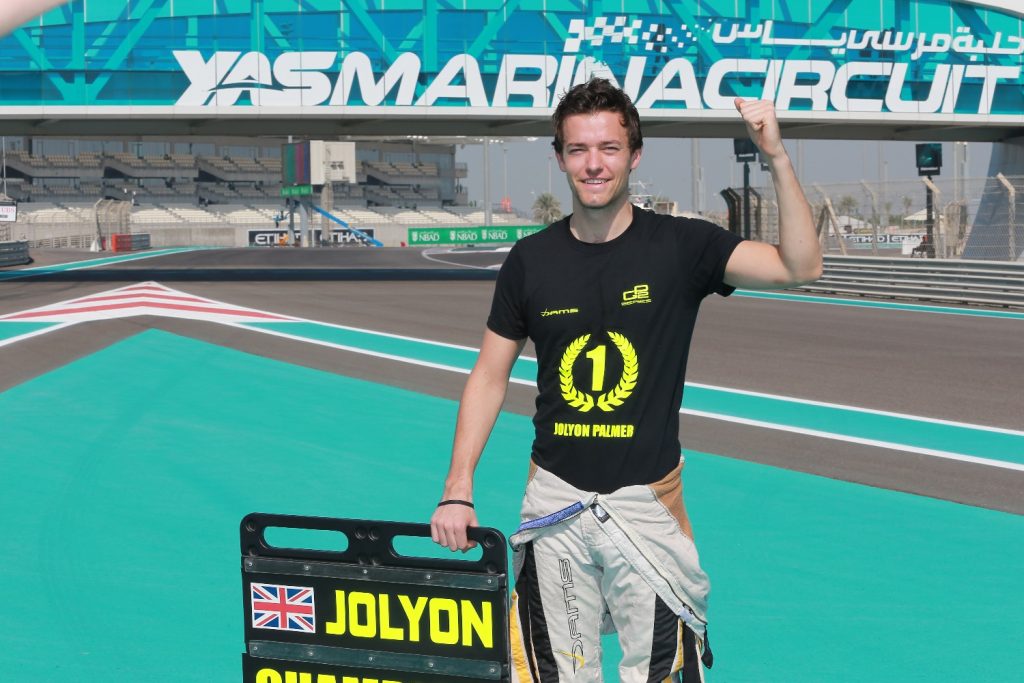 After his GP2 success with four wins and 12 podiums in his title year, Jolyon Palmer made several FP1 appearances for Lotus in 2015, before making his debut with Renault for 2016.

Across 37 starts, he took nine points, his best finish coming at the 2017 Singapore Grand Prix in sixth, only his second points-scoring finish. As a result, he was replaced by Carlos Sainz from that year’s US Grand Prix onwards and he now works as an expert on BBC Radio 5 Live’s F1 coverage. 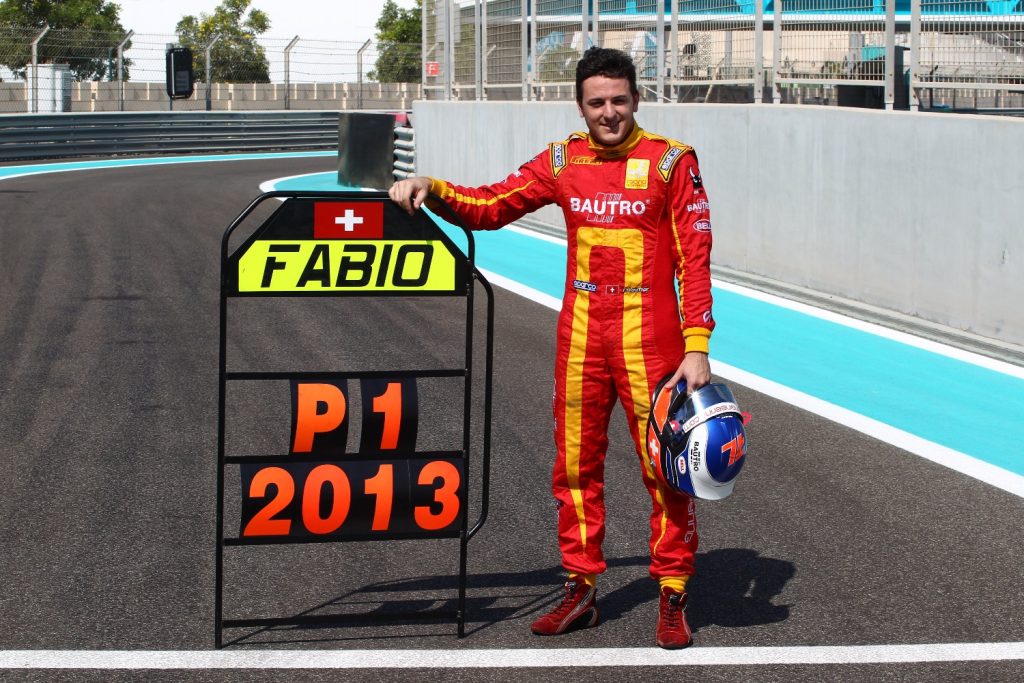 Swiss driver Fabio Leimer achieved three wins and seven podiums on his way to the 2013 GP2 title. From there, he participated in one FP1 session for Manor Marussia as their reserve at the 2015 Hungarian Grand Prix, followed by short-lived stints in the World Endurance Championship, Formula E and Ferrari Challenge Europe. 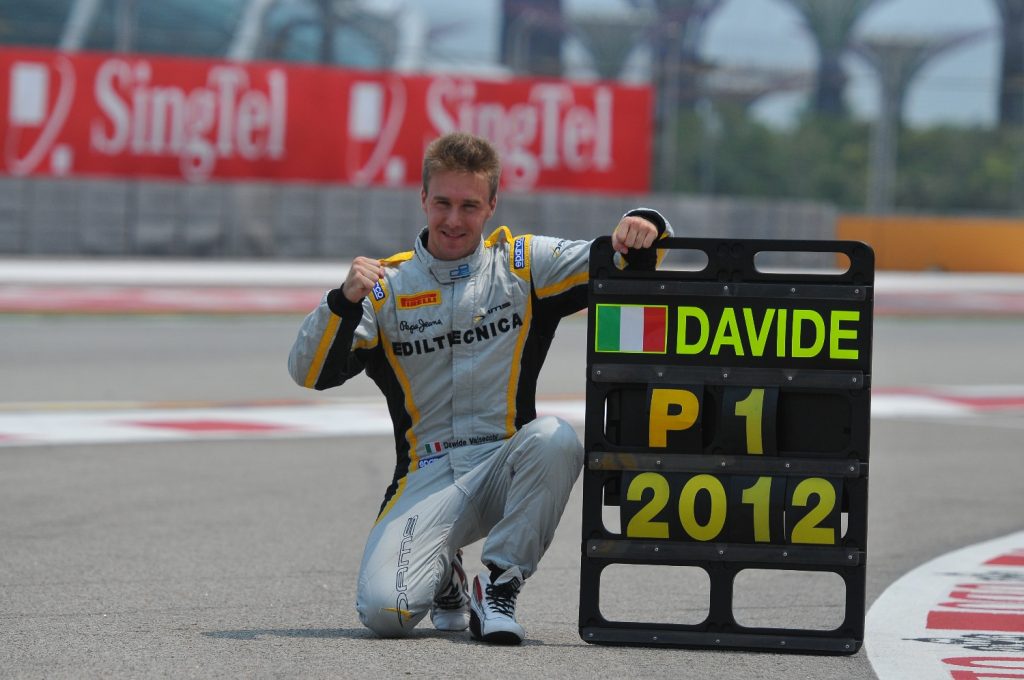 The always entertaining commentator for Italy’s Sky Sports F1 won the GP2 title on his fifth attempt, taking four wins and 10 podiums in the process. Afterwards, Davide Valsecchi became Lotus’ test and reserve driver in 2013 before swapping over to GT racing and commentary. 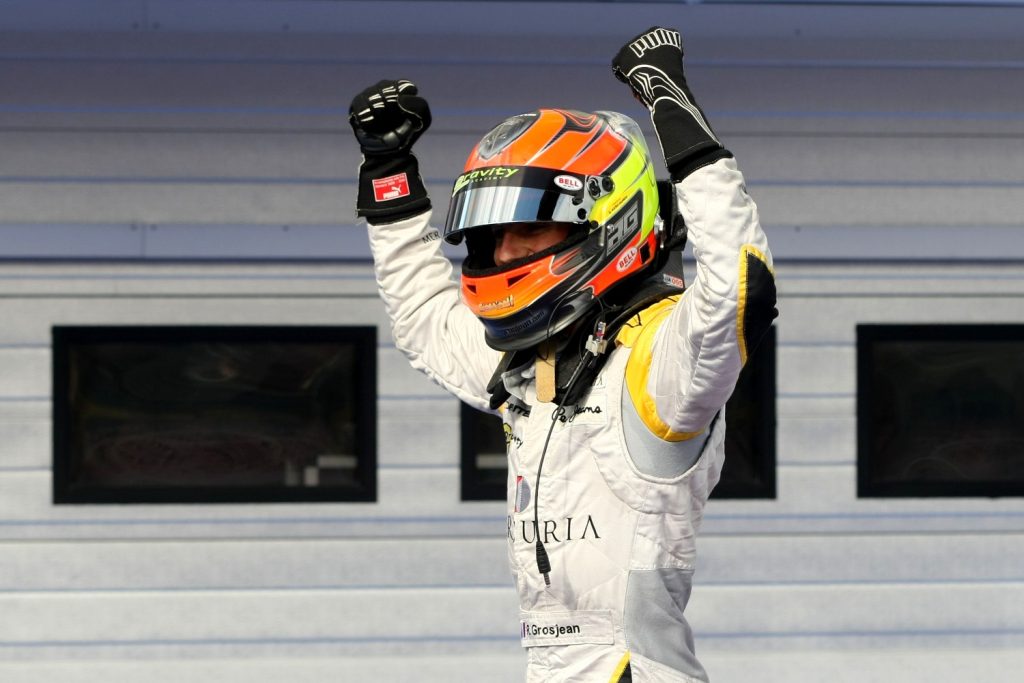 Interestingly Romain Grosjean’s GP2 title came after he’d made his F1 debut with Renault at the 2009 European Grand Prix. Taking five victories and 10 podiums, he returned to F1 with Lotus the next year.

2012 also saw him achieve his first of 10 F1 podiums at the 2012 Bahrain Grand Prix and become the first driver since 1994 to receive a race ban after causing a multi-car pile-up at Spa.

Grosjean moved to Haas for 2016, but his 179 race starts and 391 career points came to a dramatic end at the last year’s Bahrain Grand Prix. A crash saw his car split in two and catch fire and thankfully, the Frenchman survived with only minor burns. Now he’s enjoying a career in IndyCar, racing for Andretti Autosport, where he’s already achieved three podiums and one pole position.

Will Piastri be crowned the 2021 F2 Champion? Let us know in the comments below. 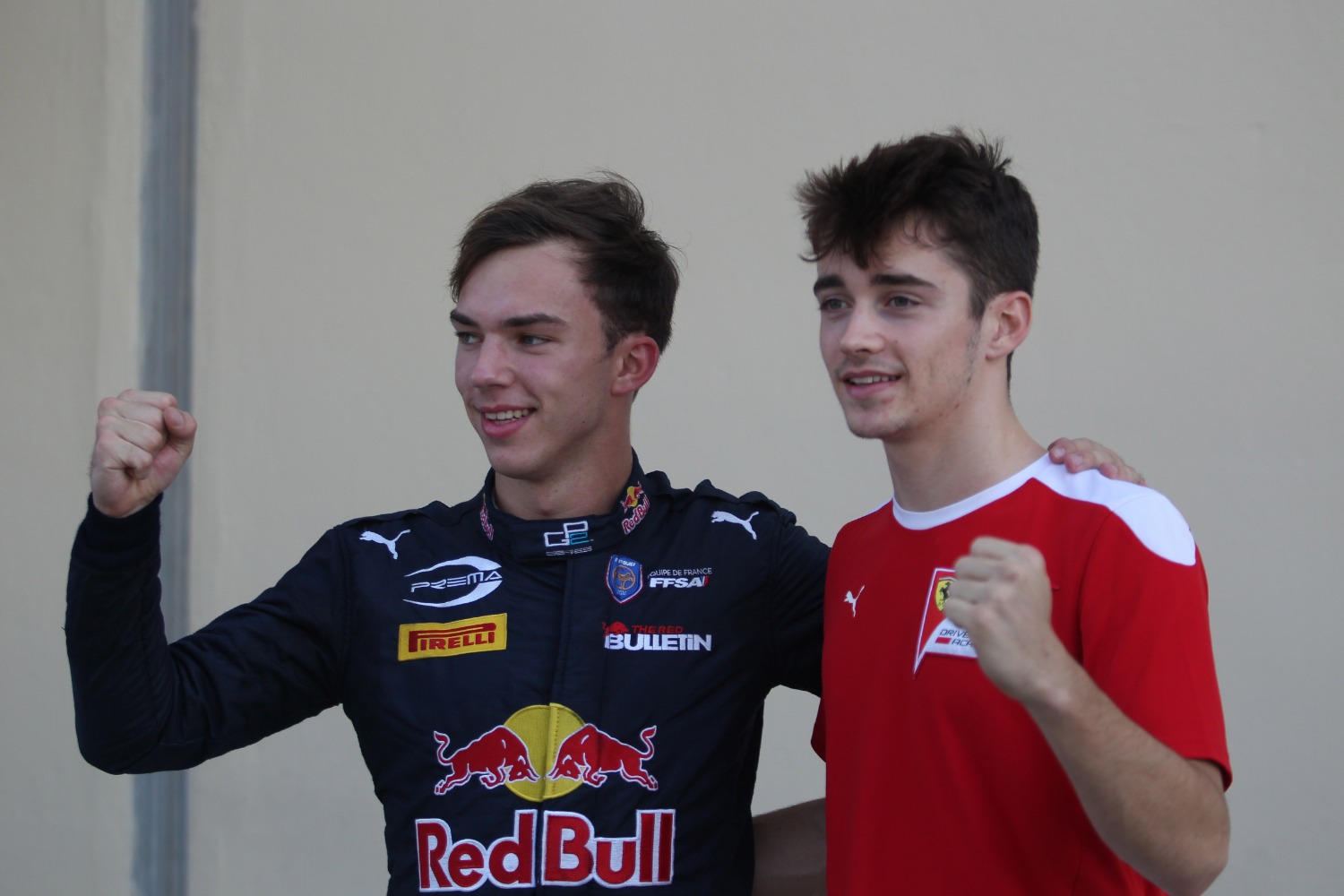 Who Are F1’s Most Successful Teammate Pairings?