Here Is How Hamilton Can Win The Drivers' Title In Turkey - WTF1
Skip to content
×
Formula 1 , Statistics

Here Is How Hamilton Can Win The Drivers’ Title In Turkey

Lewis Hamilton can secure his seventh drivers’ title at the Turkish Grand Prix this weekend, but how can he achieve this incredible feat? Let WTF1 break down the numbers for you…

Okay, so in a quick summary, Hamilton has to finish within seven points of his teammate Valtteri Bottas to wrap up the title. That means Bottas could win the race, but Hamilton would need to come in second and the title would be his.

Bottas could keep the ‘championship battle’ going if he won the race and took the additional point for fastest lap, but the odds are not in his favour.

Hopefully this chart will help explain things a little better. Here is how Lewis Hamilton can win the drivers’ title in Turkey: 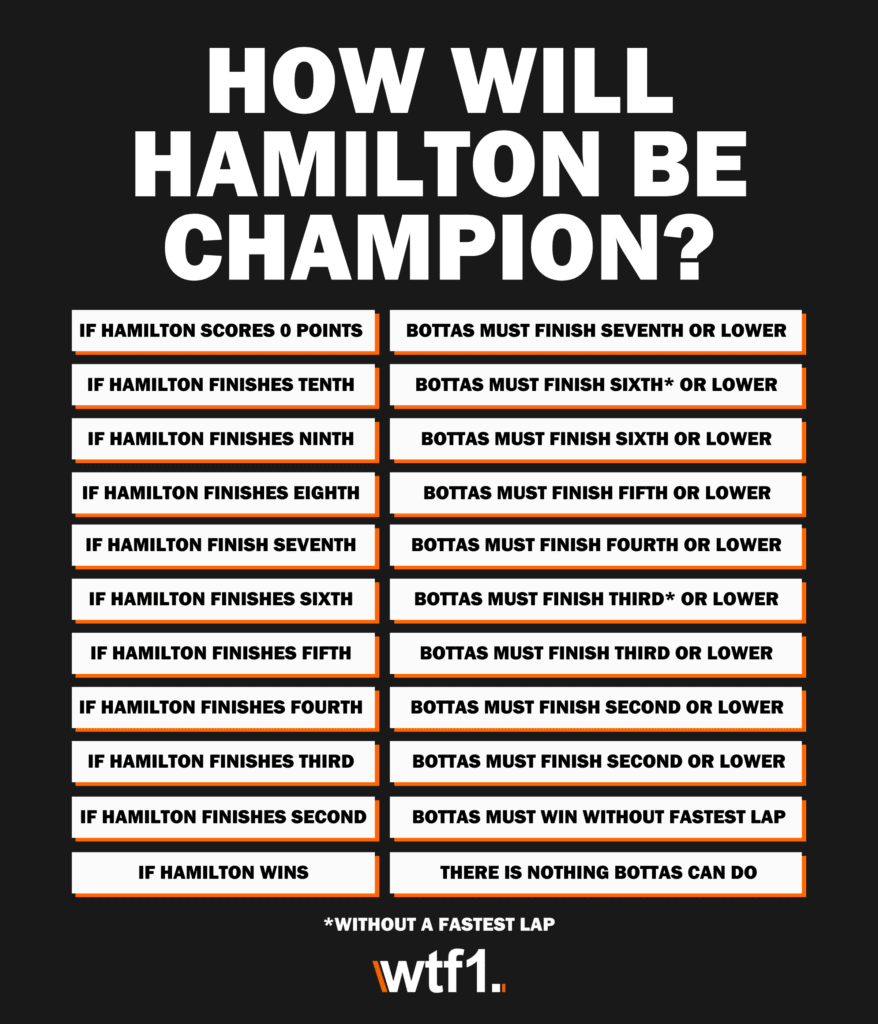 Of course, there is also the statistic that if Hamilton wins this drivers’ championship he will equal the amount of titles held by Michael Schumacher. Crazy scenes. Certainly a record that a lot of us thought would never be broken.

Do you think Hamilton will win his seventh drivers’ title in Turkey? Let us know in the comments below. 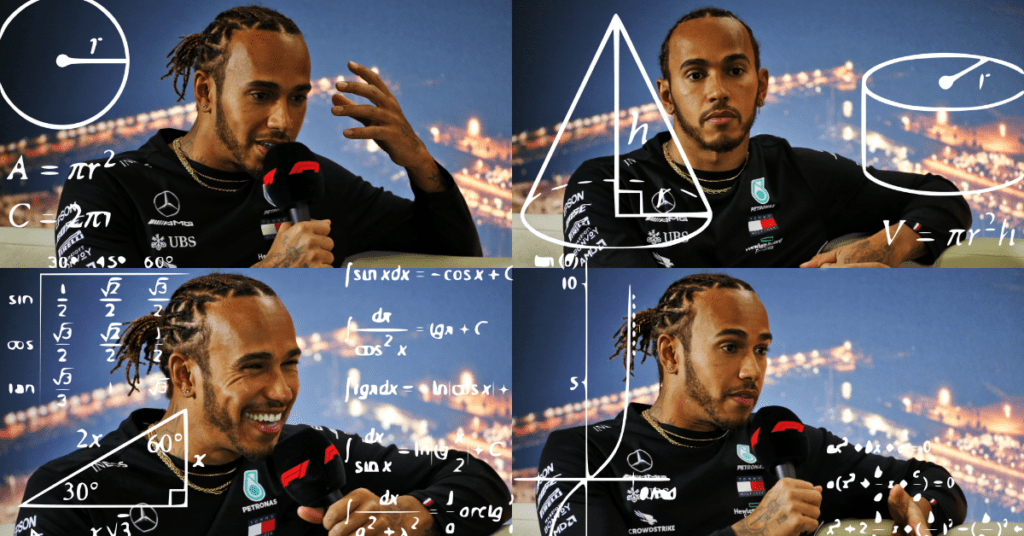