We were all pretty blown away by the futuristic looks of the second generation Formula E car when the first images of it were revealed earlier this year. Now Formula E has shown off the actual car at the Geneva Motor Show and there’s even a video of it in action.

More power and more speed? We can get behind that. It certainly looks the business in motion. Series founder Alejandro Agag said of the car:

“This is the first time I’ve seen the complete car in the flesh and it’s even more sleek and spectacular up close. If you were to draw a racing car from scratch and base it purely on its looks, you’d come up with just this design.”

FIA president Jean Todt likes the looks of the car too, and also praised how much the technology has advanced in such a short space of time:

“The FIA Formula E Gen2 really looks like a car of the future, and it’s a car for the future. It’s incredible to see the progress made in just four years – to double the range of the car and increase the power output is a fantastic achievement.

“With the support of so many manufacturers, Formula E will continue to push the development of electric vehicle technology, and this car is an important milestone in this journey.”

Is it wrong to be getting excited about season five of Formula E when we’re not even halfway through the current story? I don’t think so – not when the car looks this good, anyway! 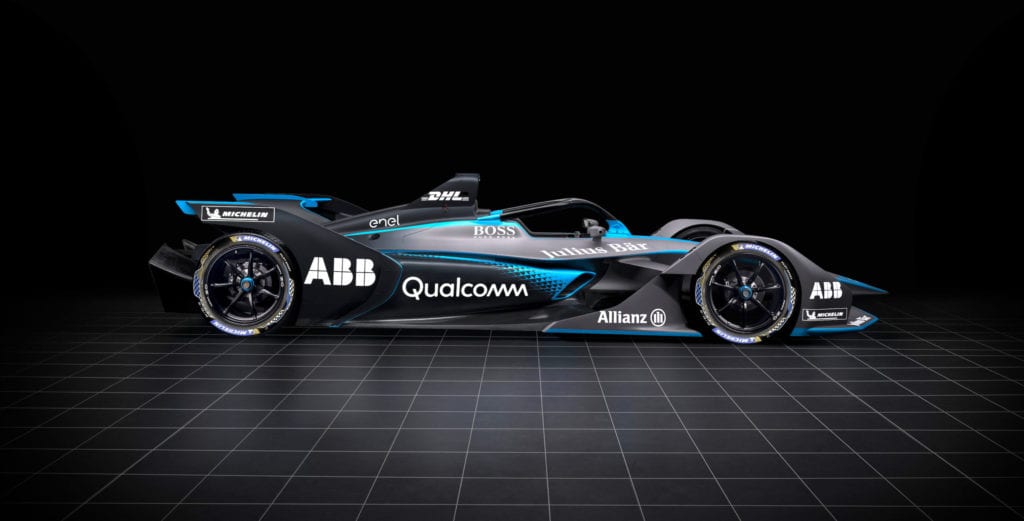