Here’s A First Look At The Alpine F1 Team

It’s one of the most highly anticipated launches of 2021, and today Alpine have shown us a first glimpse of what their ‘A521’ will look like with the new rebrand.

The first glimpse, which is only a test livery, has a black base and white sponsor logos complete with a striking blue, white and red stripe as a tribute to the team’s French heritage.

Alpine, formerly known as Renault, will make their debut in F1 with drivers Esteban Ocon and two-time world champion Fernando Alonso this year.

Although the Alpine name might be unfamiliar to many, they are a part of the Groupe Renault. Alpine is advertising themselves as the “forefront of innovation with exclusive sports cars” with the launch of this newly rebranded takeover.

Alongside the F1 team, Alpine will be collaborating with Lotus on developing the next-generation EV sportscar, which will be 100% electric and part of the “innovative, authentic and exclusive sportscars” Alpine produce in the future.

“Current activities of Alpine cars, Renault Sport Cars and Renault Sport Racing will be united as one entity under the Alpine brand,” a statement from Alpine read.

“Alpine will bring together the credibility of an authentic brand, specialized manufacturing, engineering mastery with considerable media exposure from Formula One.

“Together, they set the foundations to truly create market value around Alpine and take it to a different league.

“The newly created Alpine entity will be a ‘new generation’ automotive Brand for discerning, passionate early-adopters.”

We are proud to introduce our 2021 #FormulaOne single-seater, the A521, dressed in its temporary winter livery. The black colour is a tribute to the A500 F1 prototype from 1975.

It comes as earlier this week Cyril Abiteboul announced his departure from the Renault family with immediate effect.

Do you like the look of the new Alpine team? Let us know. 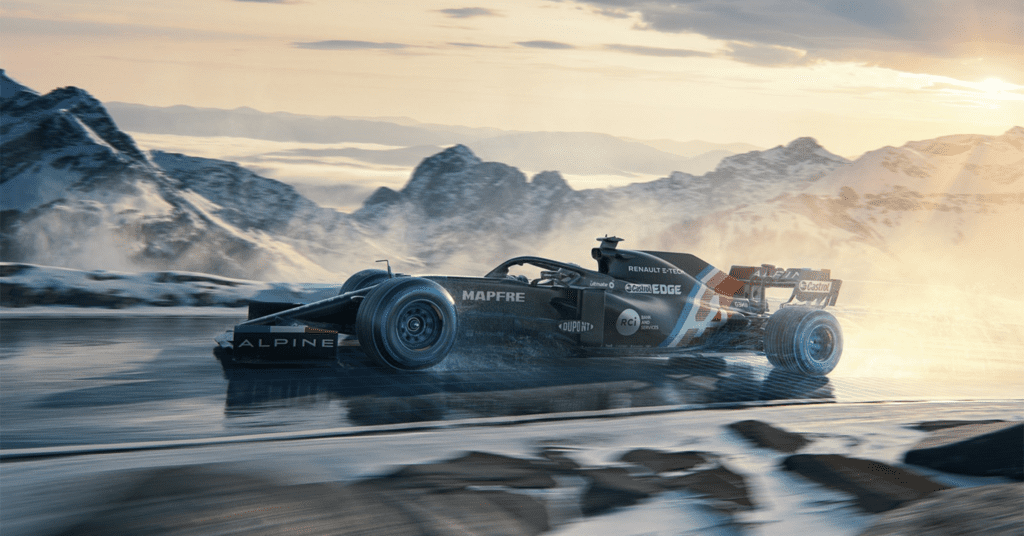