Here’s A First Look At The Mercedes W10 And Its Crazy Aero – WTF1
Skip to content
×
Formula 1 , News

Despite the teasers of a camo livery over the last couple of weeks, the W10 has launched with a conventional silver livery with some subtle changes – the turquoise Petronas sweep is slight different and there’s a funky pattern on the engine cover.

What really grabbed our eye, though, is the aero in the barge board area. Most of the stuff we’ve seen in the renders from other them has been somewhat simple, but Mercedes’ arrangement looks rather complex.

There are new barge board rules this year – they have to be 150mm lower and can be mounted 100mm further forward, so it is an area of potential gains. The W10 also has Ferrari-style sidepods, which is likely to be a popular design this season, and the rear wing also looks a bit different to what we’ve seen so far. All in all, it’s quite different on the surface from last year’s W09 – which is what you’d expect, really!

The W10 has already been out on track and you have to say, that is one good looking F1 car!

The Mercedes W10 has an awful lot to live up to. Not just because most of its predecessors have won the championship but because if the W10 can do the same, it would mean six consecutive years of winning both titles, giving Mercedes the most dominant streak in the history of F1.

Will the car be good enough to allow Lewis Hamilton and Valtteri Bottas to deliver? It’s take a brave person to bet against it! 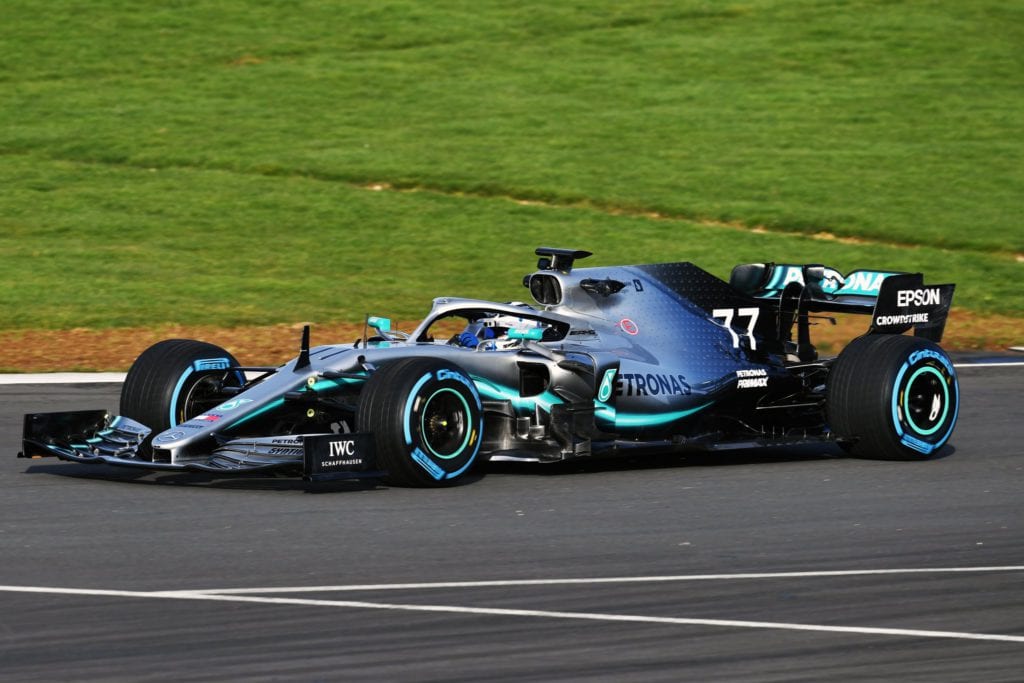