There’s a lot of pressure on the Mercedes W09 – after four straight years of dominance it won’t want to be the car that brings the team’s successful streak to an end. And here it is!

Lewis Hamilton will be gunning for his fifth world championship and presumably even more records, whilst Bottas will be looking to just get on more even terms with his teammate and hope it’s enough to keep his seat. After all, Mercedes has some very talented youngsters on its books and there are plenty of top drivers out of contract at the end of the year.

Like many of the cars we’ve seen so far there’s all sorts of crazy stuff going on around the bargeboard area. The back end is super narrow, too.

The 2017 car was famously a bit of a ‘diva’ and didn’t always live up to its potential. When it worked, however, it was lightning fast, so Mercedes will be hoping the W09 keeps the speed, but ditches its temper. 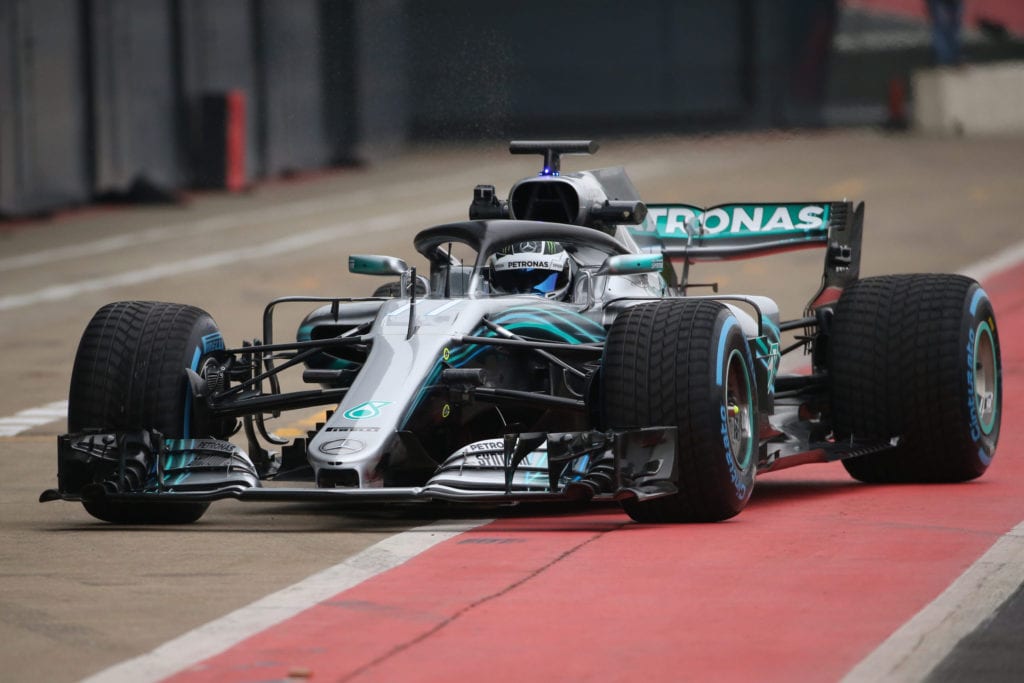