This year Fernando Alonso will race in not just F1 but the World Endurance Championship too. It’s all part of his quest to win the Motorsport Triple Crown, having raced in the Indy 500 last year and the Daytona 24 Hours in January, as preparation for Le Mans.

Alonso teased his new helmet recently and while McLaren aren’t due to reveal the MCL33 until Friday, the Spaniard’s new helmet design has been leaked online early. Because internet.

The helmet has a very similar theme to the designs he’s used at Indy and Daytona, so we wouldn’t be surprised if this is the design he’ll also use when competing in the World Endurance Championship for Toyota during the 2018/19 super season.

Will this retro design match a retro livery? McLaren has already suggested that the MCL33 will race in the historic papaya orange, which this helmet design would go very nicely with indeed!

What do you think to Alonso’s radical new helmet design? Let us know in the comments. 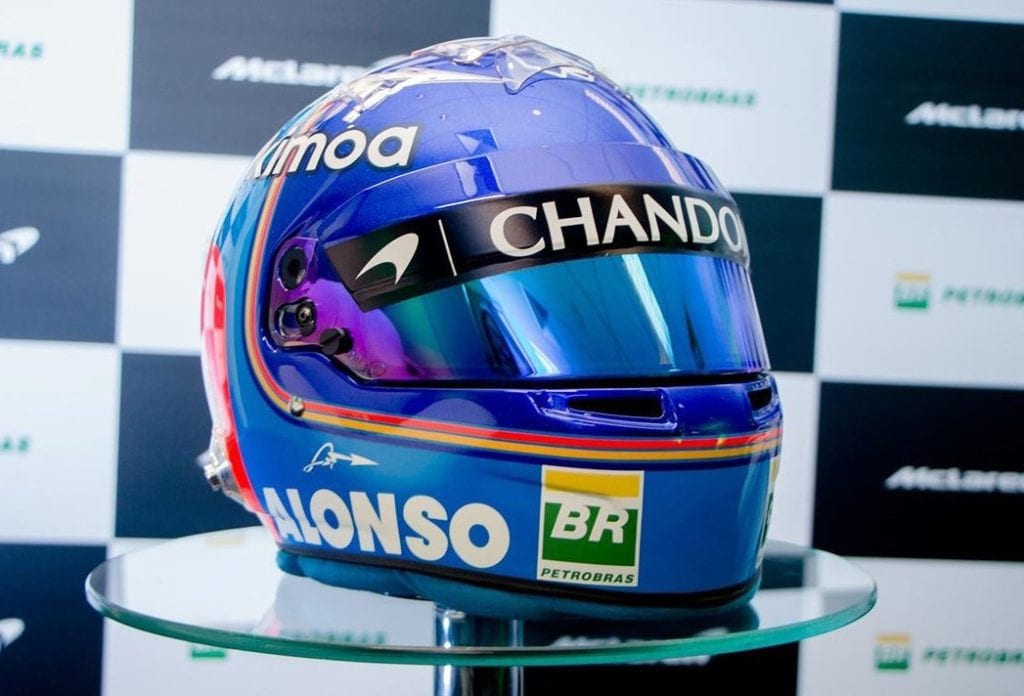