Racing Point’s new car was accidentally leaked a couple of days ago, although the fact there was no SportPesa sponsorship and that fact that it said BWT everywhere on the car raised some questions as to whether it was just a showcar.

Nope, that’s actually what it looked like. The team has now shared some official photos of the car – the last Racing Point before the team becomes Aston Martin from 2021.

It also confirms the loss of SportPesa as a title sponsor, with the official team name now being ‘BWT Racing Point F1 Team’; the Austrian water company ensuring the cars stay pink for another season.

Now that the team has had some time to benefit from fresh investment and recover from the collapse of Force India, will the car allow Sergio Perez to re-establish himself as the boss of the midfield? And will it allow Lance Stroll to get out of Q1 at a circuit other than Monza?

In case they needed any more incentives, BWT has also said that it’ll build a well in The Gambia every time that a Racing Point car finishes in the points – no pressure, then! 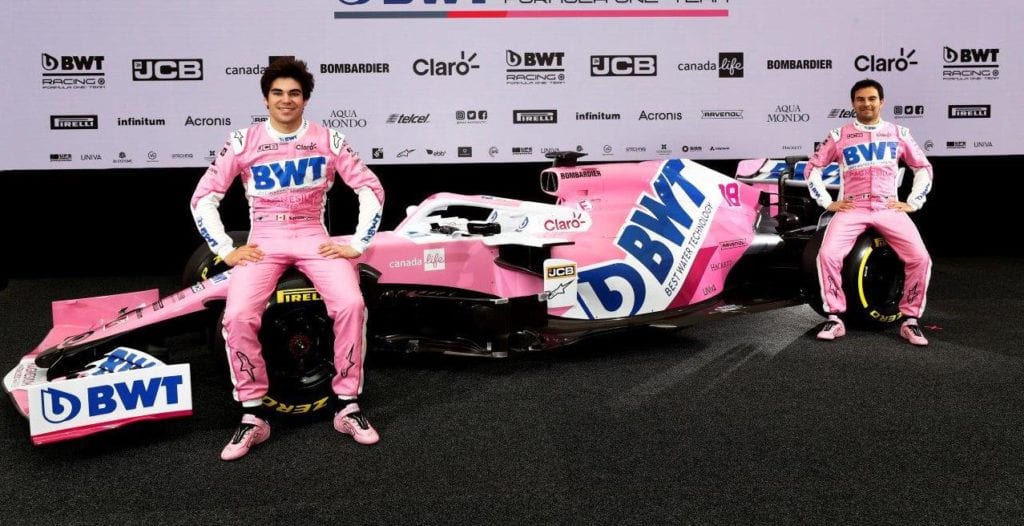