We’re only days away from one of F1’s most significant format changes in its history. This weekend at Silverstone is going to be host to the first-ever Sprint Qualifying and here’s everything you need to know about the new system.

WHAT IS THE F1 SPRINT?

F1 Sprint, or sprint qualifying, is a 100km race held on Saturday to set the grid for Sunday’s Grand Prix. Instead of the knockout format that’s been used for years, drivers will line up for the fulL-length race on Sunday in the positions they finished on Saturday afternoon. Simple right?

Obviously, the Sprint will need a qualifying session, too, and for that, we have the usual knockout format. That has now been moved to Friday to decide the grid for the Sprint, so we’re going to get competition on all three days rather than only Saturday and Sunday.

Flat-out racing to the line? We’ve been there before… 🚀

HOW DOES IT WORK?

The Sprint in Silverstone will be 17 laps long, and the winner will get the official pole position for the Grand Prix. The top three finishers get points too. Three for the winner, two for second and one point for third.

There isn’t a podium for the race; instead, drivers will be presented with wreaths and taken round the track for a victory lap. F1 hasn’t presented wreaths since the 80s – because they covered up sponsors, surprise, surprise – so this is a nice little retro throwback and will make the Sprint unique.

The whole point for the extra race is there to give fans more action, more value for money and to make the F1 weekend more challenging for the teams.

It looks like it will do just that because the competitive running is starting much earlier for everyone. Normal qualifying being moved to Friday means teams will have just one hour of practice before they’re in the thick of it.

But, how does the new schedule work and what impact will it have on the teams, cars and drivers? Ron, Shov and Valtteri talk us through it 🤓

WHAT TIME IS IT ON?

The weekend’s timetable has slightly changed because of the Sprint. Here are the updated session times, all UK time (BST):

DO ANY OF THE RULES CHANGE?

The shakeup means the tyre rules are changing slightly, but never fear because they’re much more simple than they usually are! Rather than messing around with a Q2 tyre rule (get in 💪), teams can only use soft tyres in the Friday quali. So everyone is on the fastest tyre compound all the time. We love to see it.

Then for the Sprint and main race, they have free tyre choice. This could give us some varying strategies across both races and makes every team’s strategy a complete unknown until they line up on the grid!

The British GP is also being used as the introduction of the new, beefier Pirelli tyres. Since the Baku failures – where apparently nothing was their fault – they’ve redeveloped their 2021 tyre to make it stronger and, after some testing in Austria, have had them confirmed for the rest of the season, starting at this race. With a whole new tyre to learn and only one hour of practice before setups are locked, teams will know so little about the race, and when that happens, things usually are a bit crazy!

The Parc Fermé rules stop teams from altering their car setup in between qualifying and the race. The car must stay in the exact same configuration during that time. This is why cars start from the pit lane if they make changes after qualifying. These rules have been extended to Friday because of the earlier qualifying session, which means they have to basically decide on one setup after FP1 and stick with it.

They are technically released from Parc Fermé for FP2 on Saturday morning, but only a few changes can be made. These are the suspension and brakes, but that’s just to make sure FP2 isn’t pointless, and teams leave their garages, really. They’re also being more lenient on spec changes for certain parts. Usually, if a front wing is damaged, it will have to be replaced with the same spec, or teams get penalised. This isn’t going to be enforced. But large changes will probably earn the team a pit lane start.

Are you excited for the Sprint Qualifying? Let us know in the comments. 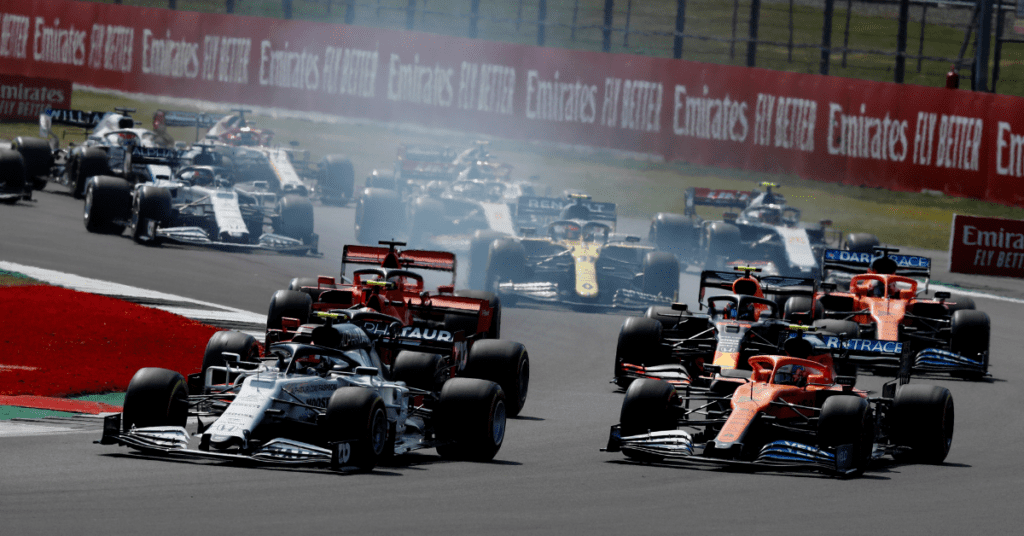